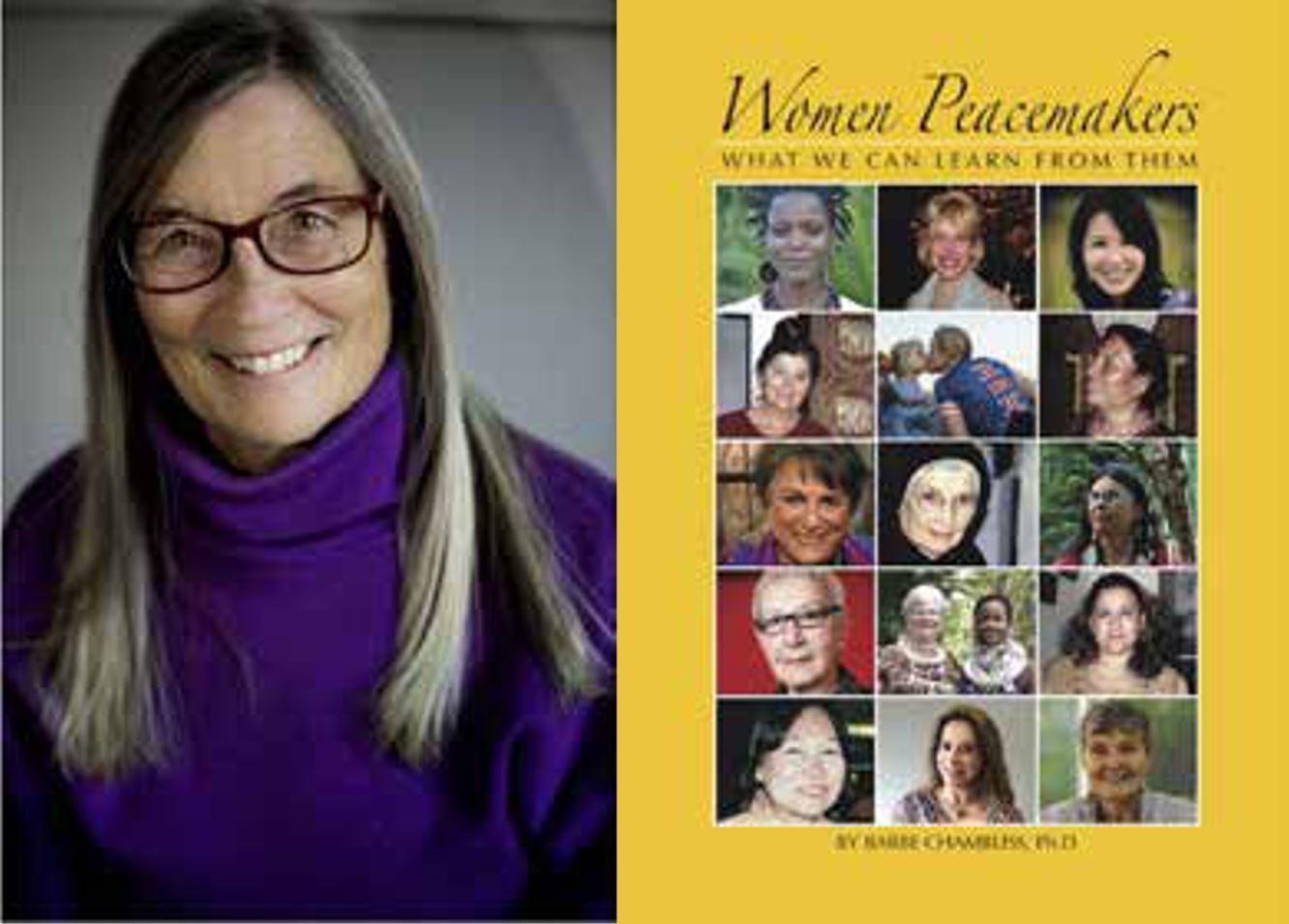 “I was worried that people would say, ‘Oh gosh, I could never bring the whole Masai village back or anything like that!’ I want readers to see the tactics of these women so they can apply them on an everyday basis as ordinary people.”
Paonia farmer and author Barbe Chambliss, Ph.D., met with The Sopris Sun to share her newly-published book, Women Peacemakers: What We Can Learn From Them. Of the fifteen stories within, a favorite of hers unfolds in Zimbabwe.
Chido Govero’s mother dies of AIDS, leaving Chido to provide for her little brother and increasingly-blind Granny. With no parents to protect her, Chido faces the male advances made by her own extended family. The grind and hustle of securing food through labor forces her from elementary school. Chido is seven years old.
Researching “conscious” peacemaking, Chambliss traveled the globe, delving into the stories of women taking on inequity. Be they scientists or athletes, the oppressed or the privileged, they do so not by activism (which Chambliss contends often still involves conflict) but through being conscious. It’s a choice to acknowledge a problem, a choice to listen to understand its roots, and a choice to nip it in the bud.
Even when Chido could secure food, cousins or uncles often stole it. Granny took Chido to the woods, teaching her to identify edible mushrooms by feel. Fortuitously, Chido was sponsored to attend a “Barefoot Mushroom Farming Training” developed to empower orphaned girls to alleviate hunger in their villages. This first exposure to outsiders showed Chido that men and adults could be kind, that she deserved respect, and that she had choices.
This is what Women Peacemakers seeks to share — that “victims” need not wait to be “saved.” They control their future.
Suddenly, Chido could feed her family, sell the extra mushrooms, send her brother and other orphans back to school and pay their fees. She was soon sponsored for three more years of mushroom studies. Composting the decay and violence of her childhood, Chido then taught in return.
“Everywhere she went,” writes Chambliss, “Chido [made] complicated processes simple and understandable … She customized her lessons to make use of local waste products,” teaching by doing and showing — language barriers be damned.
Chambliss speaks with her whole body, hands flying, shaping stories from Zimbabwe to Bosnia, Idaho to Israel. Unhyped stories of women changing paradigms: street kids in Rio, children ripped apart by bombs, a global chemical industry altering DNA in species — including our own.
How can a dolphin fight back as its sex organs shrink within just a few generations? How can parents address the accelerating puberty in their daughters? (Will male organs be next?) How do ordinary citizens challenge the abuses of industry, corruption, and power?
“Chido rankles at anything that feels like ‘power over,’” Chambliss writes. When offered a small house in the corner of a property investors would buy, where Chido could practice, she declined. Chido asks, “How would the investors feel if the situation were reversed?” If she owned the land? If she permitted them only a small corner?
“Oh no,” they replied, “that would give you too much power over us.”
Without equity, how could investors truly value empowering orphans?
“A peacemaker is anyone who narrows the gap between dominance and subordination,” Chambliss says. “This isn’t just about doing something for other people. It’s doing it with them — in a way that I would want someone doing it with me.”
Chido raised money to found the Hope Center for orphaned kids, a dream she had since she was eight and needed protection and power for herself. Its mission is to help orphans encounter their own worth, despite abuse or loss at the hands of irresponsible adults. Rather than “give,” Chido was strategic. Women from the village were invited to train first, before a child even came. Their role? To pave the way for those kids returning to the villages. To ensure villagers would see and respect that child’s worth.
The projects in Women Peacemakers are often done as a matter of course.
“How could I not?” asks a young New Yorker hamstrung by her own loss and anxiety — small potatoes compared to kids blown apart by bombs or suffering inconceivable medical maladies. Orchestrating surgeries and therapies, her organization, Global Medical Relief Fund, sticks with kids until they’re 21, relaunching them into the world. “[It’]s exciting and empowering, a feeling I hadn’t felt in a very long time.”
“These women have so rubbed off on me,” says Chambliss. “I hope people pick up the message that all it takes is an act of conscious doing. It doesn’t always take a lot of money. It doesn’t often take much time.”
For a conscious peacemaker TedTalk, she is coached to tell a sensational story of gripping drama and violence.
“But this is way earlier than the violence,” Chambliss counters. “This makes violence irrelevant.”