Burning out the old, bringing in the new 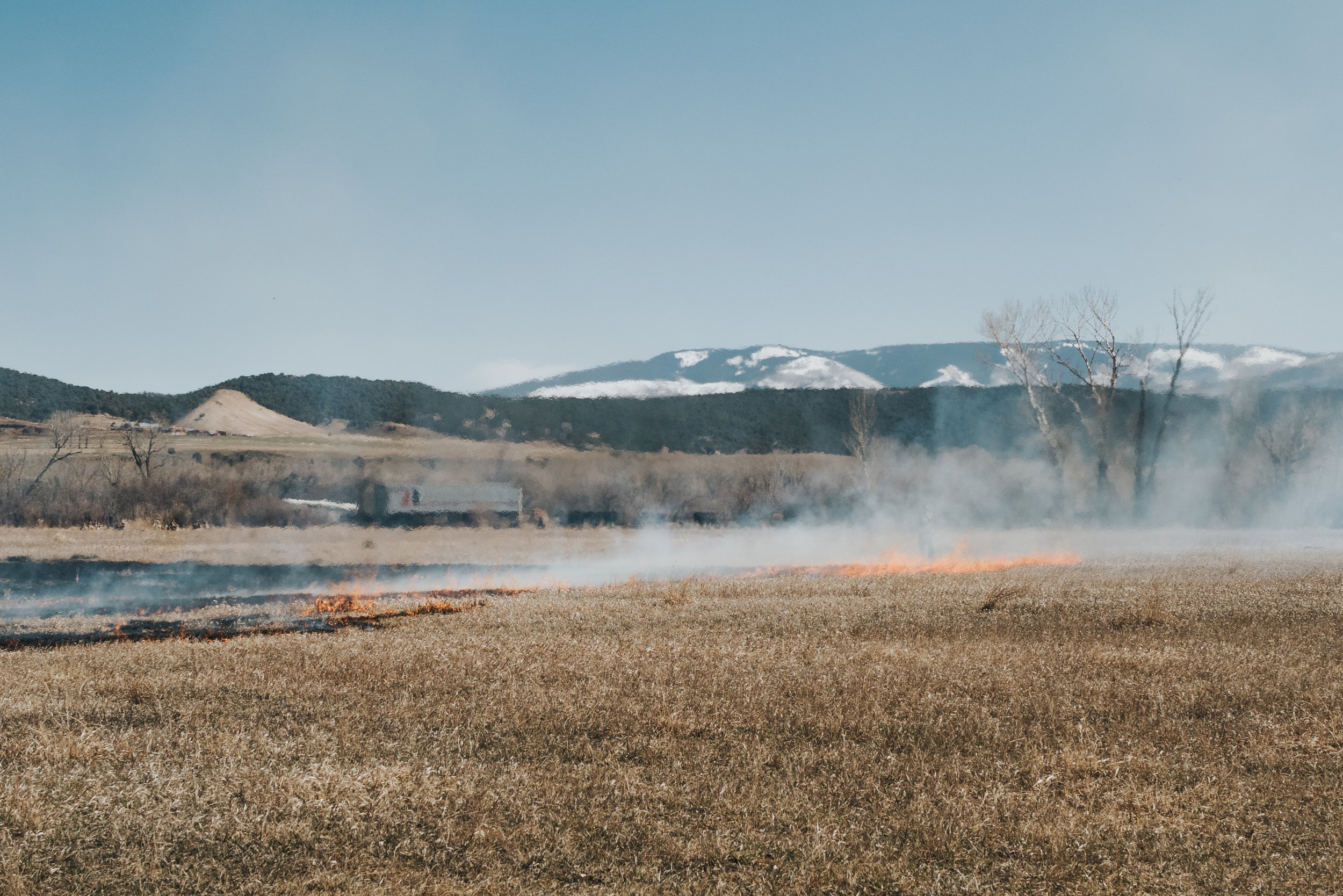 Burning the land is a spring rite practiced for centuries around the world by the indigenous and attuned peoples of Earth. It perpetuates resilient succession within forests and renewal processes across grasslands. Fire has always been a natural part of evolution, and ancient humans picked up on that.
Carbondale is an attuned community. As such, the Nature Park was burned again last week to harness the miraculous loop of science that unfolds through low-intensity fire. So, what happens in the spring when the Nature Park goes black?
Contemplate, first, the veritable shower of detritus that accumulates on the ground every year beyond autumn leaves or dead grass. The woven or assembled husks of egg clusters and cocoons, chitinous bug shells, feathers, shed snake skins, maple samsaras, leaf bud scales, pine cones, uncountable tree blossoms, fallen branches and trees, uneaten fruit, decomposing animal bodies, disintegrating bones, fecal droppings by the bazillions.
If permitted, fire can consume a lot of this, and that blanket of fallen grasses, sedges, and rushes, which can choke out sunlight for newly-germinating, desirable plants. And while research shows that initially the burning process diminishes soil nutrients, ultimately it also frees up nutrients in the multitude of processes that occur during fire. For example, nutrients bound up in all that dead stuff go back into the earth, rapidly increasing the fertility of the soil — nutritiousness for the grasses. And the residual black char left on the park? It’s absorbing more warmth than tawny grasses, warming the soil and jump-starting germination and regrowth.
Low-intensity burns don’t kill perennial pasture grasses. Crawl around the next time you’re there. Brush the residual ash and duff aside and you’ll see or feel a gnarly dense knot. That’s a clumping grass’s “crown” which has evolved with fire through millennia, from which the living roots descend. Creeping grasses are protected too, even if it appears as though there’s nothing left. New blades will rise from buds all along their rhizomatous roots, far below the surface. It’s all good!
Fire can tackle “weeds,” too. Weeds come in three seasonal waves: early spring, late spring, and late summer. Burning in the spring will hit some of those cool-season weeds. The heat ruptures cellular walls, killing early annual weeds. As with perennial grass, fire won’t kill perennial weeds, but it can set early emergers back a bit, giving grasses a head start on the festivities.
To some, the park may look ravaged, but know that in the next few weeks, bennies will abound.
There are still neat things to notice now, though. Look for the tunnels made by rodents scurrying under the snow all winter. Some are formed burrowing close to the surface (beneficial aeration, by the way). Some are formed as they ate dried, fallen plants at the surface. And check out the tunnels between their holes and the vetch. Last summer, the vetch had pink or white blooms. Pollinated, the flower ovaries swelled with seeds, developing into golden, multi-pod rattles (that kids dig). Now black with decomposition, if you examine a rattle where tunneling ends, you’ll see where voles ate those seeds! Resourceful little buggers.
After a fire, wildflowers can go off, too. The heat of it, or even just sunlight on newly exposed earth, nudges seeds that have been “sleeping” for years or even decades. Opportunistic seeds might drift in too, sinking roots in those openings. New species can usher in other new species.
Biodiversity in our Nature Park means enriched habitat, better cover and forage, more nesting material, more pollen, nectar, seeds. It becomes a veritable food chain that feasts upon itself, endlessly. And it makes for laps that are filled with all sorts of cool phenomena to make your day.
Our park has been changing in quiet and subtle ways for fifteen years now, in part due to fire. What was once a potato field, an industrial wash-out station, and a relatively static pasture all gone to brome, is pretty rife with life today. Considering the scale and extent of the watershed here, it says something about our Nature Park that all these various species choose to call the park home.
With the smoke clear and green tips thrusting through the soil, pretty soon the turtles will wake from their subterranean mud slumber. Word is out that people dragged a tree snag all the way from the archery range and dropped it in the pond for the turtles to sun (there are six or seven of them now). The meadow lark’s song is soon to fill the air … the ravens rebuilt after someone tore their nest out of the water filtration plant’s roof eave. Partake in the rites of spring at Carbondale’s most beloved park, burning out the old to bring in the new.