Rams football is back! 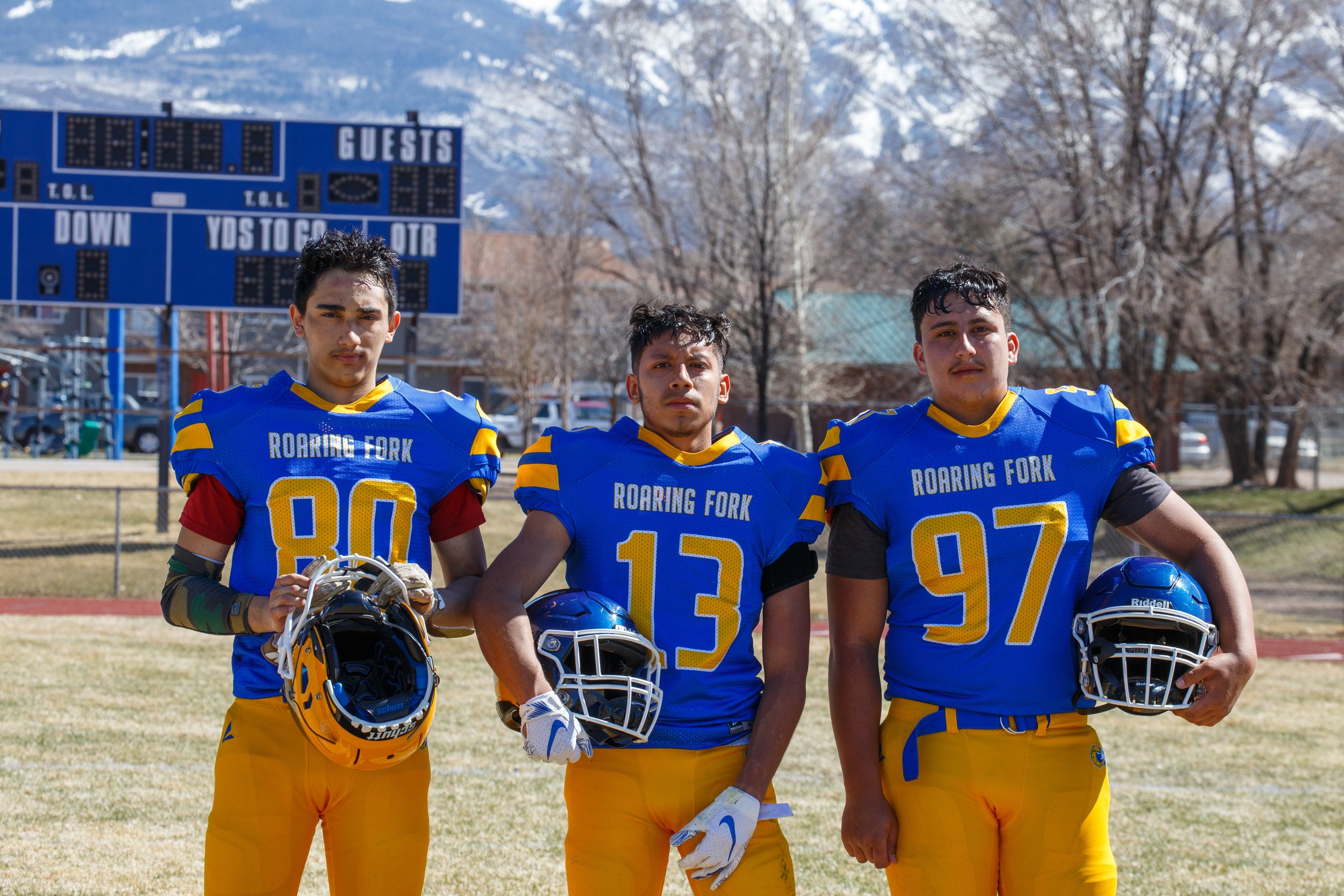 On a 67-degree Saturday afternoon, without a cloud in the sky, you could feel the electricity in the air — Roaring Fork High School Rams varsity football was back in Carbondale.
The Rams may have suffered a stinging defeat in their 47–6 conference loss to the Manitou Springs Mustangs on April 3, but the enthusiasm displayed by players, coaching staff, and spectators could not be matched by the opposing team.
The day’s excitement focused on the return of the Rams varsity football program, which has been on hiatus since the fall of 2017. It made for a memorable home debut, to a season already refashioned due to COVID protocols brought forth by the Colorado High School Activities Association, the state’s governing body for high school athletics.
Before the game, Rams junior David Good sang an impassioned rendition of “The Star-Spangled Banner.” The importance of Rams football’s return was not lost on the students, family, and fans in the stands, who showed their unwavering support. The 25-man roster consists of 17 players who are either freshmen or sophomores, which bodes well for players returning next year to continue and build upon the program. That lineup includes Rams freshman Max Bollock as starting quarterback and as a strong safety on defense.
While the result may not have been what the team and the Rams faithful had hoped for, it was a brilliant day to have football back in Carbondale.