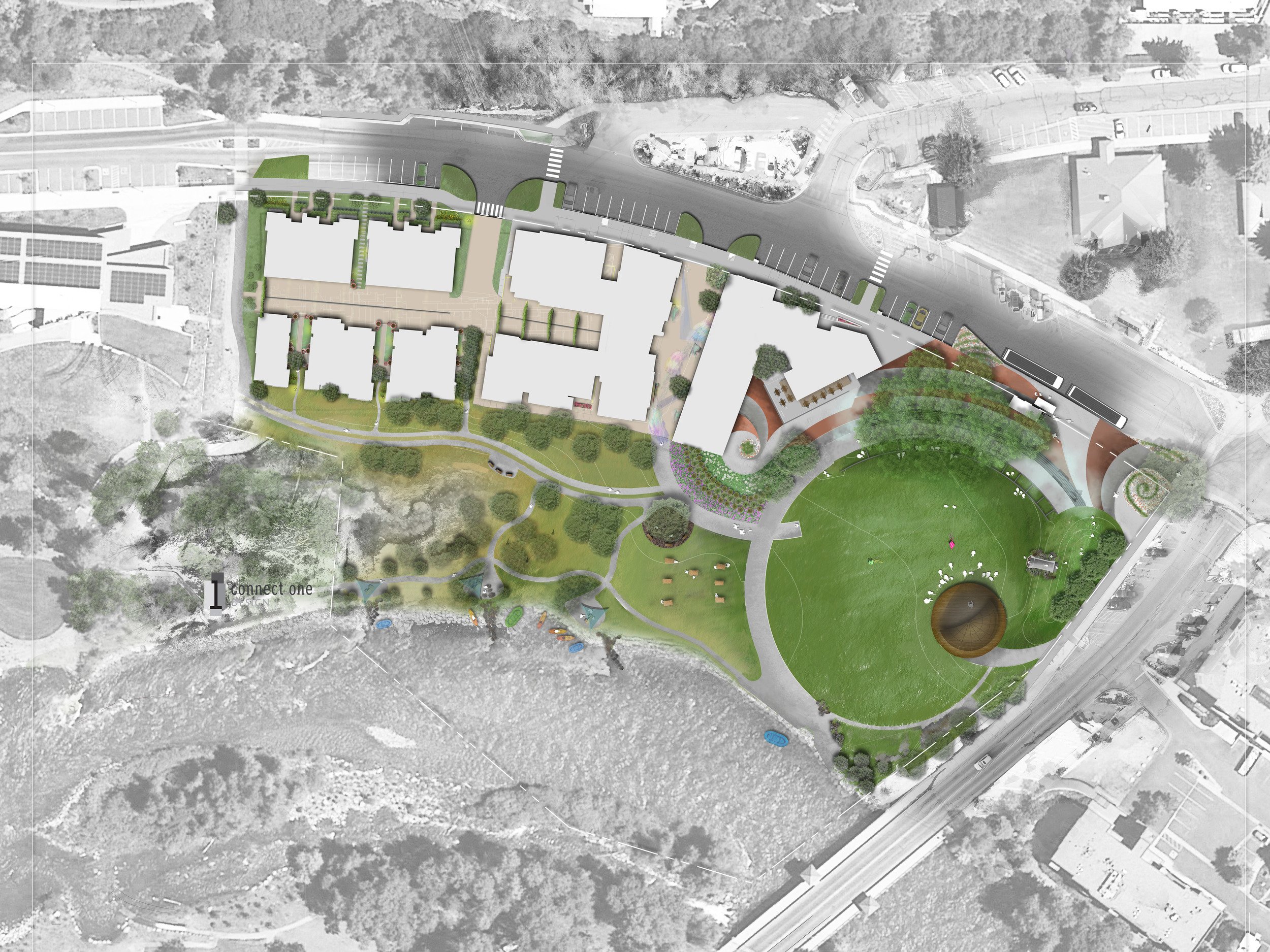 After crawling along at a snail’s pace for years, progress on both the public and private areas of Basalt River Park is set to pick up its pace this spring and summer, and some parts — including walking paths and, possibly, a restaurant — could be usable before the end of the year.
That was the takeaway following the passage of two resolutions related to the construction of the river park and improvements to Two Rivers Road at Tuesday night’s Basalt Town Council meeting. It marks a step forward for the long-embattled property in downtown Basalt, but it remains to be seen just what the price tag will be for the town.
The first resolution of the two regarded responsibilities for public improvements to Two Rivers Road. The road, one of Basalt’s major thoroughfares, runs along the northern edge of the Basalt River Park property and will require major upgrades in the form of sidewalks, parking spaces and chicanes, which are alternating curves or lane shifts that encourage motorists to slow down. Chicanes are already being used on Two Rivers Road just west of the property.
The developers of the Basalt River Park condos, townhomes and apartments will supply the contractor to construct the improvements and are required by contract to contribute $600,000 to the improvement budget. Costs beyond that will fall to the Town of Basalt.
The improvements are estimated to cost $1,184,982. If the estimate comes in at or below that number, the town manager can approve the contract. If it comes in higher, however, the estimate will have to be approved by the town council.
As it is, the costs already exceed what the town has in its budget for the project by $169,000, according to assistant town planner James Lindt. With costs running over this early in the process, before bids have even been solicited, Basalt Mayor Bill Kane had some concerns.
“When will we get a lock on what, ultimately, will be our share of this?” Kane asked Town Finance Director Christy Chicoine. “Is this a guaranteed maximum, or is there going to be cost creep as it continues to float up?”
Chicoine responded that it would be impossible to guess the final costs, but she believed that contingencies built into the project budget would be enough to cover any unexpected increases.
“If I was able to tell council that this really was the end-all, I would play the stock market,” Chicoine quipped, “but we have some reasonable assurance that this is going to be able to cover our costs.”
Local businessman Tim Belinski, who is heading the Basalt River Park development team, said that his subcontractors have been aware of the impending improvement projects since the fall, and “hopefully, by having kind of pre-noticed the subs, this isn’t coming as new information to them, and they’re ready to go.”
Belinski also dropped the surprise of the night when he noted that a restaurant to be constructed adjacent to the park will be the first structure built, starting early this summer.
“It’s projected to be open for business by the end of the calendar year if all goes fully as planned,” he said.
The final resolution of the evening approved the Basalt River Project phasing plan and directs town staff to seek bids for the construction of Phase I. The final design for the park, drawn up by Basalt-based Connect One Design and Sopris Engineering of Carbondale, was approved in the fall of 2019, but no construction contracts were signed because the town didn’t actually own the park until purchasing it in November 2020.
In late 2019, according to Town Manager Ryan Mahoney, the town had roughly $1 million earmarked for the project through a sales tax dedicated to parks, open space and trails. It’s likely things will cost more than originally estimated, though, as costs have gone up across the board in the construction industry in the last year-plus.
The phasing plan was presented Tuesday night by Connect One’s Elise Wolf, who laid out just what will be happening in Phase I. All of the hardscape, such as paths and walls, will be installed first, along with concrete banding along the edge of the great lawn and crusher fine paths down to the river and connecting the new river park with Old Pond Park (crusher fine paths are made of gravel-like crushed rock rather than asphalt or concrete). Phase I will also include utilities and boulder work along the river to create places for boaters to pull off and tie up.
Phase II, construction of which is slated to begin in the spring of 2022, will include the softscapes, such as lawns, trees and landscaping, and all of the amenities, including a bandshell, climbing tree, willow forts and an innovative motion-activated misting water feature
“We specifically scheduled it so that Phase I will go in in the fall. We’ll be able to wrap that up for the winter and be able to open some of the trail connections,” said Wolf. “And when spring 2022 comes along, we’ll pick it right back up for Phase II, so it won’t appear as if the park has been divided into phasing. It’s just kind of one seamless phase.”
The one wild card when it comes to the phasing is the great lawn, which is slated for Phase II but could be moved up to Phase I if conditions and money allow. It’s an idea that sat very well with Mayor Kane, who wanted staff to look strongly at the great lawn if sodding can happen this summer.
“If it’s possible that it’s in August I think that’s going to really make a difference,” said Kane.
Belinski agreed. “If that great lawn and things were up against the patio edge,” he said, “it would certainly help with the opening of the restaurant.”