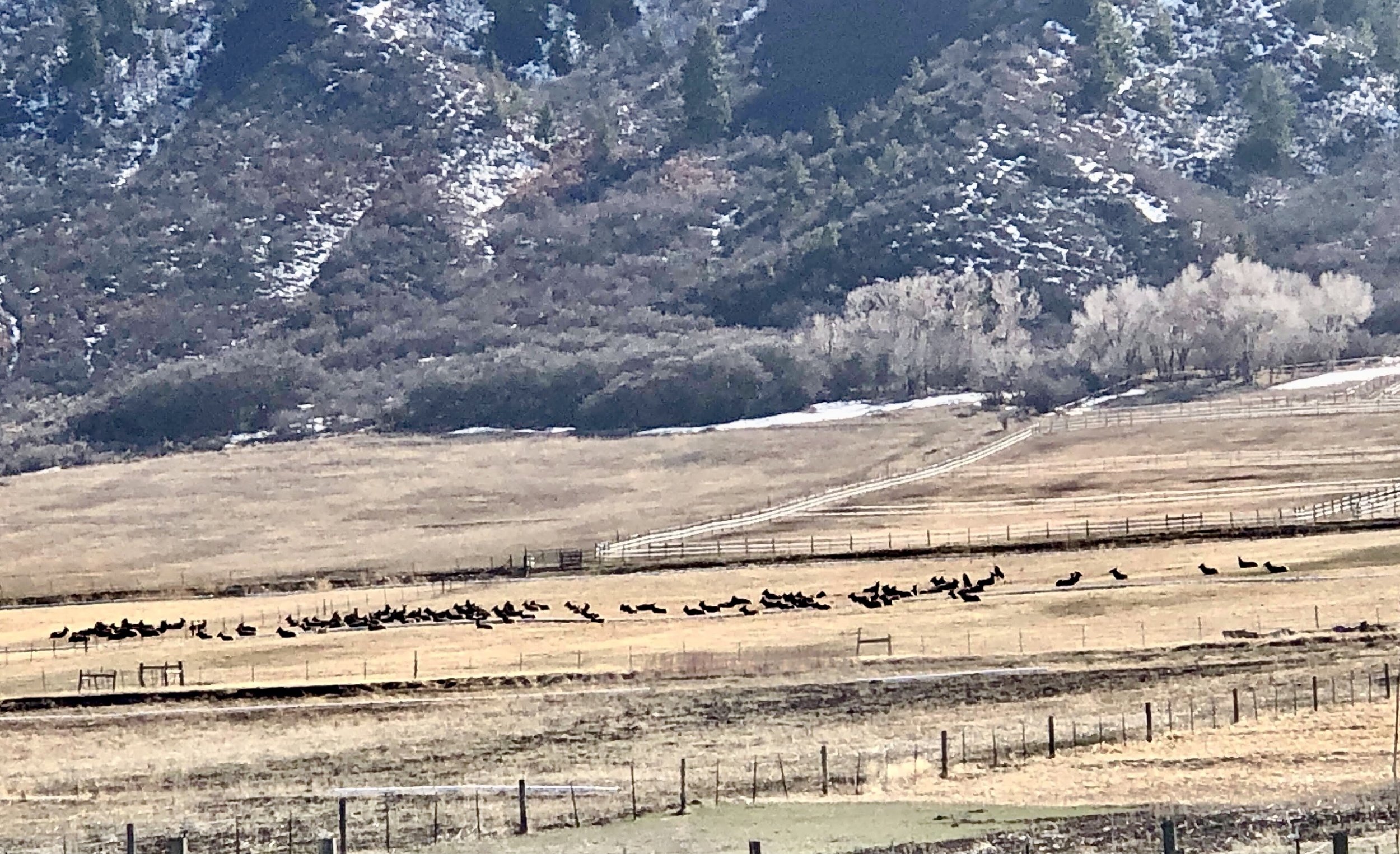 There’s a precious parcel of land where the Avalanche elk herd can forage in peace, away from shoulder-season recreation on the Crown. It’s sandwiched between two chunks of private Mountain Primal Meat Company acreage. It’s enclosed in a multitude of adjacent conservation easements. It’s Pitkin County’s Shippee Open Space.
“This particular ag-land lease was not put out to the public,” says Open Space and Trails (OST) lease administrator Paul Holsinger. “It’s an annual lease that we renew each year as we cue up the final management plan.”
Named for its main irrigation ditch, the lease on Shippee’s 36 acres was offered to John and Catherine Maas of Mountain Primal for several reasons.
“One simple reason,” says Holsinger, “is that the platted access is undeveloped. A lessee would have to essentially use a GPS to make sure they are within the access easement — and then wade through the Home Supply Ditch just to get to the property. Primal took on maintenance of the property while also understanding that we purchased the property for winter elk habitat and OST wanted to include language [in the lease] to support wildlife.”
The lease requires that “the property shall be maintained to support wildlife habitat and a minimum of 50% of the land area will not be grazed or have the vegetation cut or removed beyond Sept. 1, to allow forage to be present for wildlife.”
The elk rut (mating season) peaks in mid-September through mid-October. Cow elk gestate for eight and a half months and are especially sensitive during this time. Winter disturbances or being driven to flee burns calories critical to surviving winters and carrying pregnancies to term.
“This was the first time we incorporated that into the lease — once September 1 hits, you can’t put your animals on the property, but you must irrigate it beyond September 1, even though it’s only for wildlife,” Holsinger says.
With an eye to the elk and their lease, Mountain Primal refrains from grazing their American Highland cattle on Shippee Open Space and continues to irrigate in order to maximize forage for the elk.
The Maases own several conservation easement properties and are “conservation-minded,” says Holsinger, “and no stranger to the expectations of the county when it comes to conserved land.”
As a self-taught home builder, John moved his family to Aspen, where he could challenge himself further. Eventually, John and Catherine bought acreage to build their own dream home. They originally planned to subdivide the land for additional home sites. While going through the design and permitting process, John, who had grown up hunting and fishing, felt the call of the land — once land has been disrupted from its natural state, it must be managed to maintain its vigor, diversity, and resiliency in the face of encroaching noxious weeds and the rigors of our arid climate.
John taught himself to irrigate. He taught himself to hay. He bought the necessary equipment. With four thousand bales of hay in the barn, the Maas family opted not to build on that land after all; acquiring, instead, their first hundred head of cattle. For the Maases— raising not only cattle but kids— has been hard work and the “pursuit of excellence at all costs,” as he explained in a 2019 podcast with another meat producer.
“They’re very easy to work with because I don’t hear from them,” says Holsinger. “They maintain the ditches, they irrigate. They’re property managers and it looks great.”
Sound management benefits the Avalanche elk, a herd making the headlines for its steady decline in maturing calves and herd size. The Sept. 1 cut-off is crucial for them to rebound.
“I don’t think people know that we started doing this on our agriculture fields,” Holsinger says. “It’s important for the public to know that it’s a balance. We take our mission— ag, recreation, wildlife, and scenic open space — we take all four of those seriously on every piece. We try and balance where we can.”