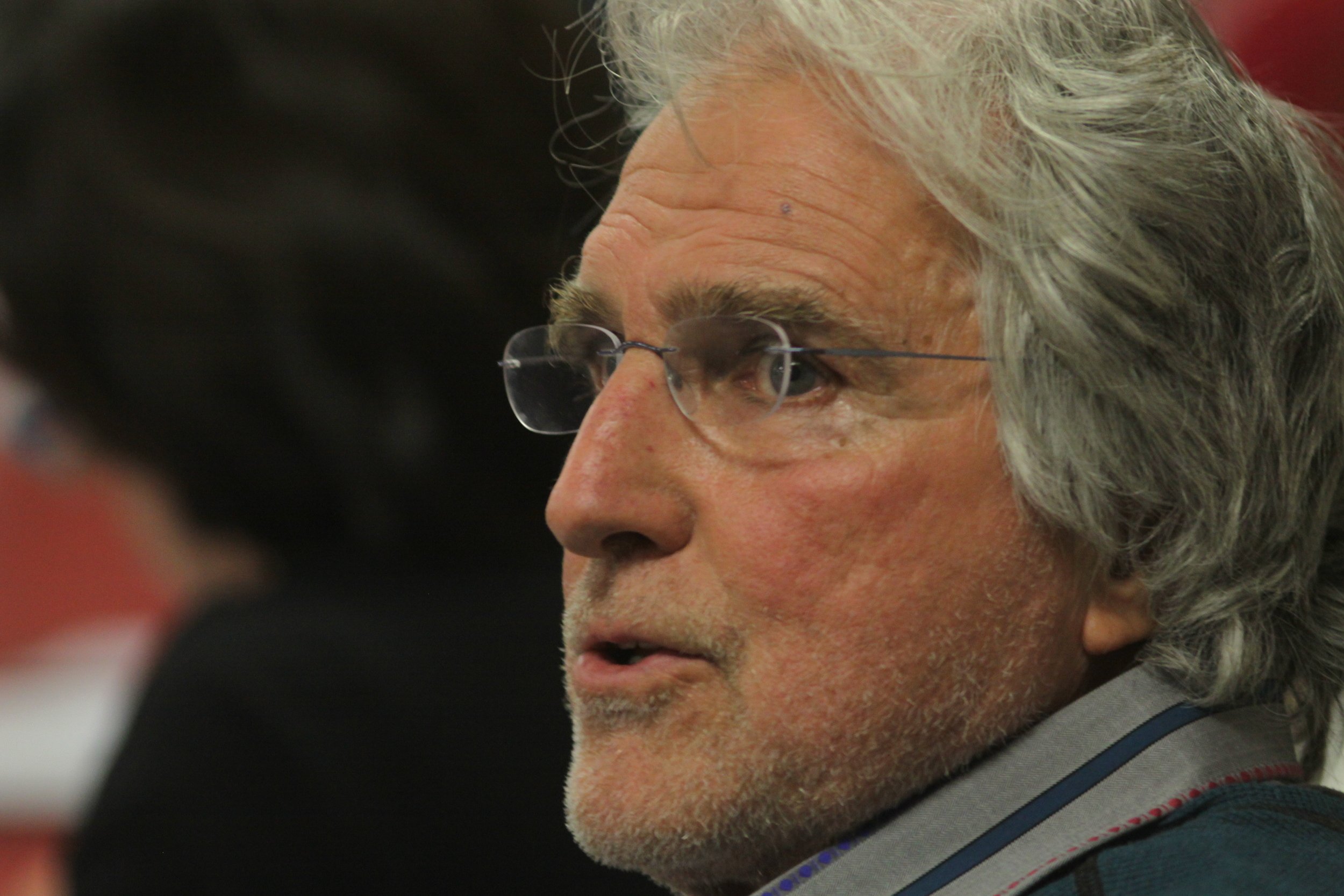 Of course a town like Carbondale has an Environmental Bill of Rights! (EBOR).

But I sure never knew it until I began to volunteer on the Environmental Board last year. Intrigued, I wanted to learn more, so I reached out to my peers in town circles. I discovered “EBOR”  to be the heart project of a trustee, supported by a fellow trustee skilled in “process and protocol,” and guided by an up-valley colleague who had just drafted a similar charter for Aspen.

With his Southern accent, candid spirit, and gift at storytelling, Frosty Merriott is a Pied Piper who makes things happen. He was instrumental to the wildlife fencing we see all along Highway 82. With the metrics proving it a success, wildlife fencing has gone up all over the state. As a Carbondale Trustee in 2017, Merriott felt his term limit looming. He loves this town and the environment means a lot to him.

He grew up in northern Louisiana, fishing and “crawdadding.” His extended family gathered for Sunday dinners “at Mammy’s,” the home of his grandmother who put four kids through college selling eggs and milk, and renting out her acreage. “They wrung the chicken’s neck. Dinner was from the garden — peas, turnip greens.” As a kid, he could see the Milky Way every night from his backyard. “Some people in the city never see stars.”

“I was the strongest environmental voice on the Board [of Trustees],” says Merriott. “I was concerned when I left there could be a let down on that, and felt like the more tools we could leave a board, the better off that board would be.”

Creating an environmental bill of rights to guide town values and actions would be significant, and public input would be the only way to garner buy-in and have the community willingly support its stated values. Merriott sought an ally.

Trustee Heather Henry is skilled in facilitation. Before she co-founded Connect One Design, where she works as a landscape architect, she was the sustainability director with an internationally renowned firm. She is an excellent, witty writer: communication tools intrinsic to rallying diverse perspectives.

“It takes some nuance,” she admits. “We wanted a lot of people to have a say in this document. It needed to have just that right kind of language and power to be a policy statement, and show we care about all of these aspects, but not try to solve them in this particular document.”

Merriott and Henry recognized that while the town had many guiding documents such as the Unified Development Code and the Comprehensive Plan, there were gaps. For example, the town mission statement from 2004 felt antiquated to Merriott, who says “climate change wasn’t really in the conversation back then.”

Henry adds that “There was a sense that the Comp Plan didn’t wrap up in one place a lot of the things we were talking about,” and not just among town staff and boards, but the overall “community vibe,” she says. “There were so many pieces of the environmental puzzle floating around, so it felt like the right time to bring it all together.”

Strategizing, Merriott worked with Tom Dunlop, who, as director of Aspen/PitCo’s Environmental Health Department at the time, had written their Ecological Bill of Rights. ingBased on existing charters, they built the EBOR upon the town’s existing guiding documents.

Through several meetings with a multitude and diverse stakeholders, Henry conducted the public process for the EBOR and integrated that feedback into its rough draft. She also submitted the EBOR to other town boards, commissions, and staff for additional feedback.

“Push, pull; wrestle with it here and there,” Henry chuckles. “There were several versions before we ever voted on it. When there are questions or feedback, it leads to good results because all those involved generate buy-in.”

Carbondale’s EBOR was voted in unanimously. It now hangs in Town Hall.

But what does Carbondale’s Environmental Bill of Rights even do?

“There hasn’t been a clear path on how to use it,” Henry acknowledges.

Between the last presidency and Carbondale’s COVID efforts, the EBOR has languished.

This is where you come in. Carbondale is updating the town comp plan this summer. Merriott encourages citizens to be a part of that process at a time when Carbondale is changing at warp speed with traffic surges, views and wildlife disappearing, dog poop bags squatting at every turn in the trail, and neighbors fighting over politics and progress.

This year, we Bonedalians have an opportunity to use Carbondale’s Environmental Bill of Rights as a filter to move from, “Who approved that!?” or “When did that pass?”  to guide what we want our futures in Carbondale to look like.