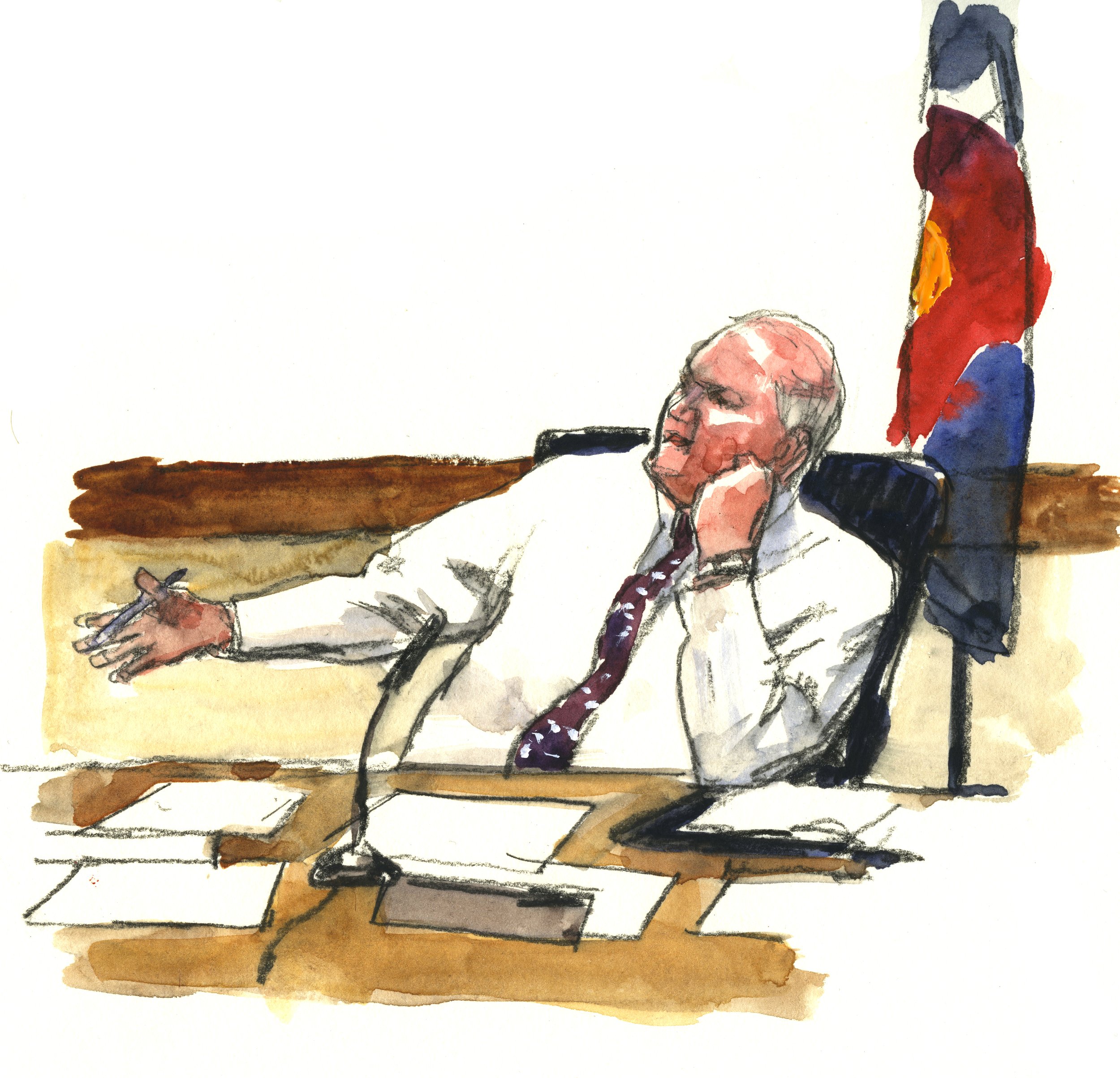 Bureau of Land Management Field Manager Larry Sandoval was granted $2,000 maximum from the commissioners’ discretionary funds to assist with Hubbard Mesa cleanup on the Roan Plateau. People have littered debris ranging from candy wrappers to abandoned vehicles there.

Commissioners agreed to send a letter to the district’s state senators notifying them of their strong opposition to confirming James Jay Tuchton to the Colorado Parks and Wildlife (CPW) Commission due to his alleged political motivations — including support of the reintroduction of wolves.

The commissioners expressed their support for a letter from the Associated Governments of Northwest Colorado to CPW vying for the inclusion of its elected officials among the advisory group concerning the reintroduction of wolves.

YouthZone Executive Director Lori Mueller attended her last Garfield County Commission meeting in that capacity. She and the incoming director Jami Hayes updated the commissioners regarding their continued support of at risk youth and keeping them out of the criminal justice system.

River Bridge Regional Center, which conducts forensic interviews with children as part of their work to prevent child abuse, also gave an update.

Yampah Teen Parent Program Director Sally Kilton told commissioners, “we have served 23 pregnant and parenting teenagers from Garfield County this year; we had six infants and 14 toddlers; I currently have three pregnant mothers and we served three fathers this year which is really, really great.”

Catholic Charities, The Salvation Army, River Center of New Castle and Family Resource Center of The Roaring Fork Valley presented in unison regarding their increased services throughout the year of the pandemic. “We want to come before you and remind the community of the commissioners’ response to the pandemic, making available to our agencies $200,000 to help those in the community that were being financially stricken by COVID,” said Catholic Charities Regional Director Marian McDonough.

Board of Human Services

Diane White with Garfield County Department of Human Services (DHS) addressed the panel, “I’m here for the approval for the EFT (electronic fund transfers) and EBT (electronic benefit transfers) disbursements for the month of March. Those provider disbursements totalled $256,626; client benefits for food assistance and LEAP (Low-income Energy Assistance Program) totalled $911,186 for a total for March of $1,167,812.” The commissioners approved the request.

The commissioners agreed to dedicate a Roaring Fork Transportation Authority cost savings refund from the county’s Municipal Transportation Contribution (Traveler) totalling $81,369 toward next year’s Traveler fund. Before wrapping up the DHS portion of the session, Commissioner Tom Jankovsky expressed, “I just know there’s 15,000 people on Medicaid and that’s the highest number I’ve ever seen in this county — it’s 25% of our population. They are receiving 100% assistance for their health insurance, which is a good thing. However, it falls on the backs of the individuals paying for their own health insurance.”

Board of Health (BOH)

Yvonne Long with Garfield County Public Health (GCPH) gave the monthly COVID update. There are approximately 17,000 Garfield County residents fully vaccinated which is roughly 40% of the population eligible for the vaccine. The department further estimates that 52% of those eligible have received their first dose. Long said they are working with the Colorado Department of Public Health and Environment to bring a mass vaccination site to Glenwood Springs — as seen in Grand Junction.

County Attorney Tari Williams brought up the elephant in the room, “Technically we should all be wearing masks in this room right now,” being a public forum, and continued “I’m not going to tell you which way to go on that.” Chairman John Martin responded, “I think you can tell the way we’ve gone,” slyly acknowledging they themselves are not complying with public health orders to wear masks indoors. In fact, almost no one wears a face covering during these meetings.

There was discussion of moving forward on cleaning up the land east of Walmart in Glenwood Springs. A procurement pitch is expected in the coming weeks.

Garfield County Airport was approved for a private airplane hangar to eventually be converted for commercial use.

A limited impact land use permit for an outdoor storage facility for self storage of RVs, trailers, and boats at 87 CR 103, two miles east of Carbondale, was also approved.