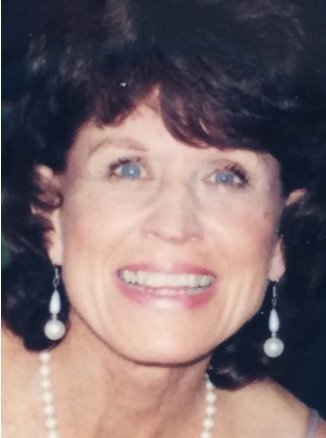 Terry Ann Reed – teacher, entrepreneur and trailblazer for more effective and humane solutions to incarceration – passed away on April 7 after a stroke.

Terry received her Bachelor’s degree from Wellesley College and Master’s in teaching from Harvard, where she met her husband, Robert Tyler Reed. They married in 1957 and moved to New Canaan, Connecticut. During her first career as a teacher, Terry and Ty taught at the Iranzamin International School in Tehran, Iran, in the early 1970s. That stint was one of a number of overseas adventures in Europe, the Middle East and Africa.

Terry found her life’s calling when, after receiving her Master’s degree in Marriage and Family Therapy, a minister asked her if she would counsel inmates. When she realized how high the rates of recidivism were in Connecticut’s judicial system, she developed a groundbreaking intervention to help offenders successfully transition from prison back into the community.

In 1984, she founded the nonprofit Family ReEntry in Bridgeport, Connecticut, with a mission to “break cycles of violence, crime and incarceration by providing client-centered interventions and support services to empower and strengthen individuals, families and communities.” As Family ReEntry gained widespread recognition, Terry was invited to speak at conferences across the country. The program also garnered bipartisan support from the Connecticut legislature. Upon Terry’s retirement as executive director, the state of Connecticut’s General Assembly gave her an official proclamation recognizing 15 years of tireless service. Family ReEntry has since grown to encompass eight municipal regions and judicial geographic areas in Connecticut and influenced prison reform in other states.

Following Family ReEntry, Terry was co-director of the Stamford Counseling Center. She provided grief counseling in the aftermath of Sept. 11 and Hurricane Katrina. After moving to Sarasota, Florida in 2004, she developed a family counseling program for a local nonprofit serving individuals with a history of homelessness, incarceration and substance abuse.

Terry loved life and people. She had a quick wit and a huge heart and will be greatly missed by many, including members of the Carbondale Community United Methodist Church, which she attended when visiting family. Terry leaves behind her son, Dave Reed, of Carbondale; daughter Lesley Reed, of Vashon, Washington; brother Jay Schabacker (Nancy); daughter-in-law Krysia Carter-Giez; son-in-law Dennis Levin; three grandchildren, Lily Reed, Durga Reed and Sage Levin; and a step-grandson, Shawn Levin.