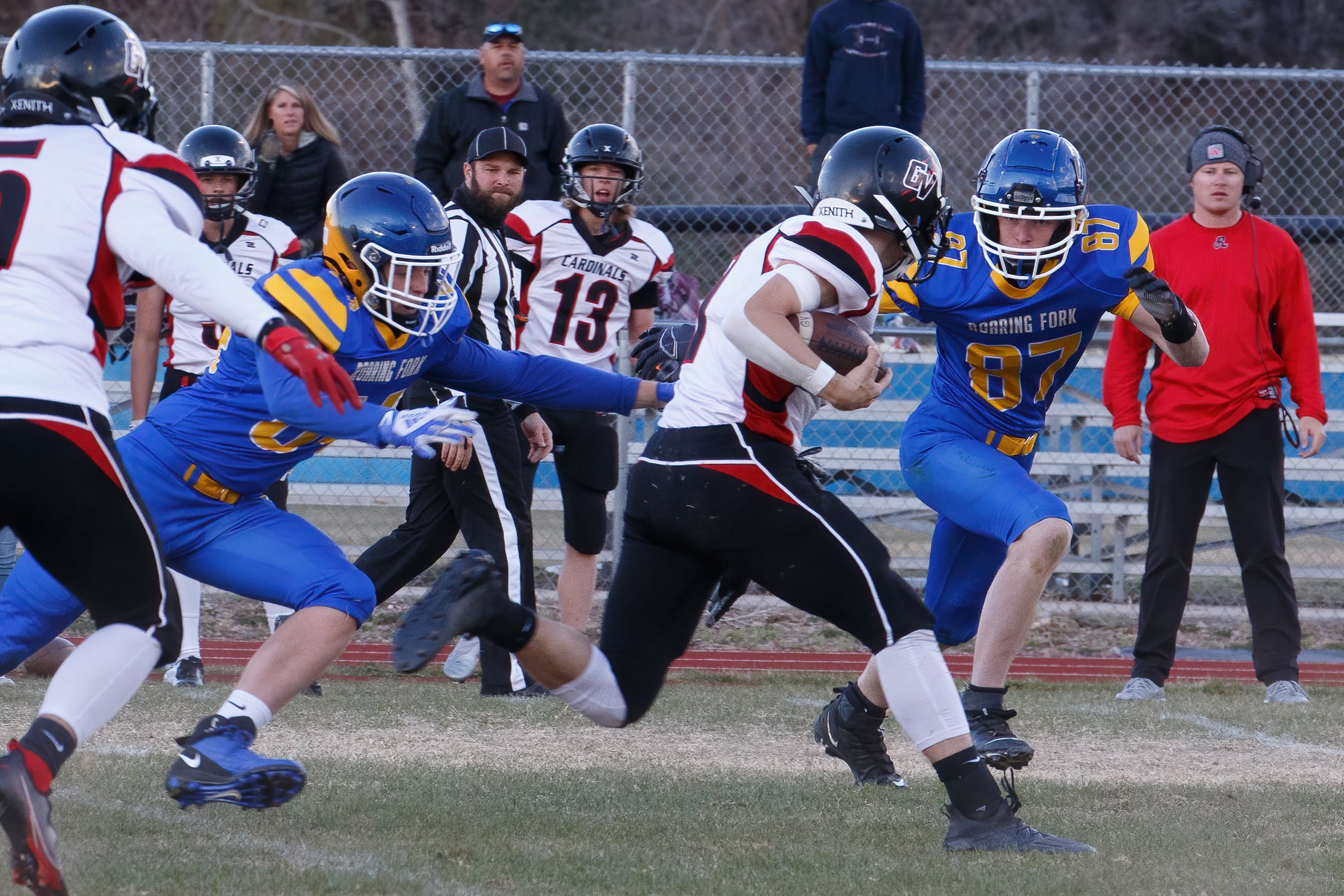 Roaring Fork High School Rams played hard against the Grand Valley Fighting Cardinals. Although the score showed a loss, greater success was reflected by the athletes' spirited play and unwavering support from the stands. Photo by Sue Rollyson.

The Rams 44-0 loss was a tough close to a season abbreviated by COVID-19. Yet, the team, whose roster is comprised mostly of freshmen and sophomores, showed unyielding grit and kept the charge going until the game’s final whistle.

On a chilly night, with 300 fans in attendance, a lively Rams student section served up a big helping of school spirit.

Senior athletes playing their last home game were joined by family members on the field and recognized in a pre-game ceremony. Those honored were: Geo Ambrosio, Diggy Barajas, Israel Medina, Bailey Parker and Ruben Samuelson.

Despite their 0-6 season, the Rams can take away these positives: a return of a varsity football program after a two-year absence; student-athletes and a coaching staff dedicated to team-building; and a fan base supporting them every step of the way.