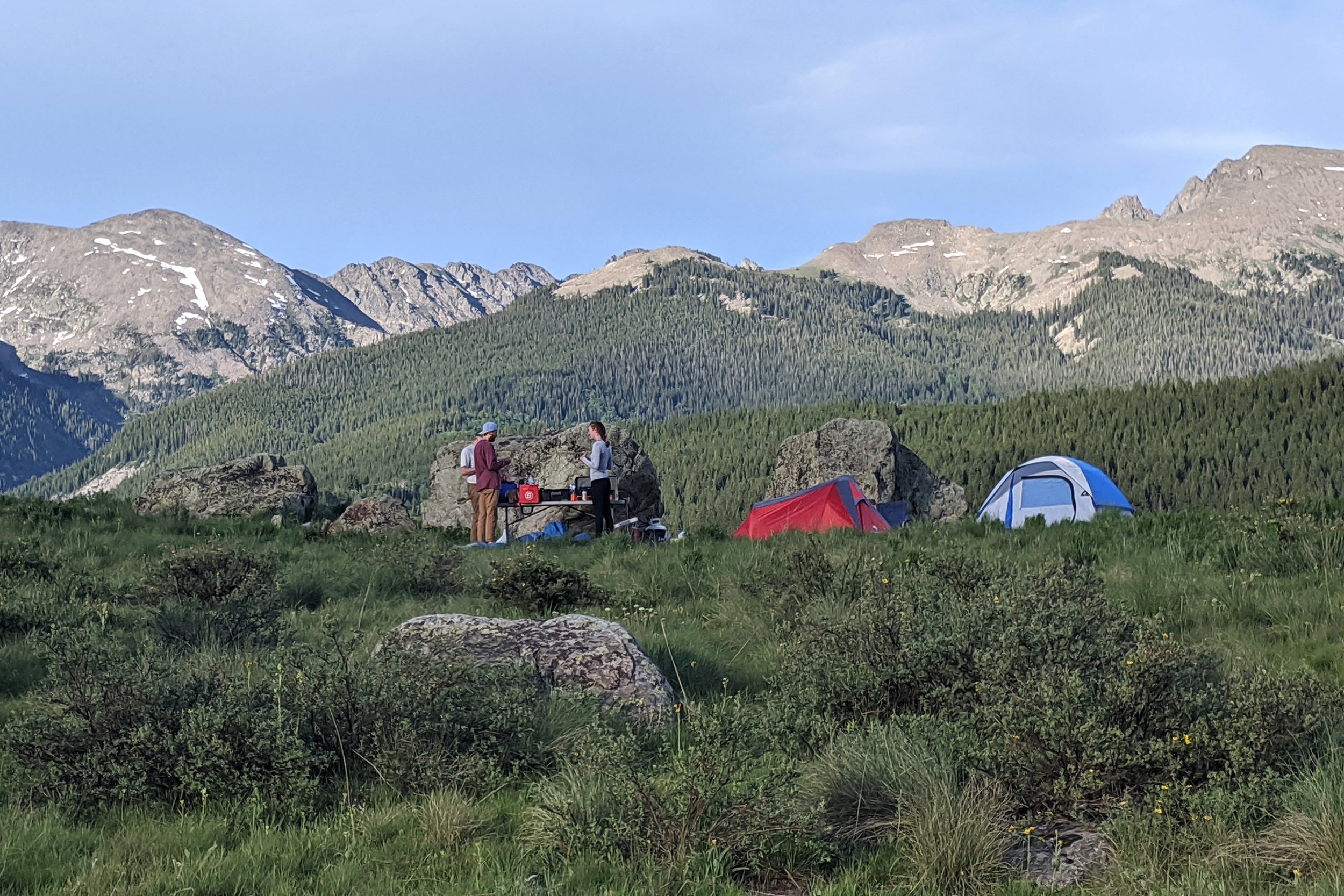 Locals camping in Lime Park sport a humble setup. Photo by Will Grandbois.

The Forest Service’s new management plan for the Crested Butte area is one of the most substantial moves away from “boondocking” in favor of established campgrounds we’ve seen in our neck of the woods — and I’m strangely okay with it.

Your own reaction, I’m guessing, comes down to why (or if) you like camping in the first place. A lot of folks are just looking for a base camp for other outdoor adventures. Others are in it to socialize around a fire, and the infrastructure and accessibility of a developed campground supports that nicely. There’s usually some desire to commune with nature — which, columnist Geneviève Villamizar will point out, you can do in your own backyard. But I, personally, am often after something like solitude, and that’s getting harder to come by.

I’m the first to admit that I was spoiled. When I was a kid, my family would roll into Arches or Slick Rock campground without reservations and usually get our favorite spot. Closer to home, we passed over places with picnic tables, restrooms and fee boxes in favor of gorgeous creekside campsites free of neighbors.

As an adult, I’ve continued to seek out rough rock rings at the end of bumpy dirt roads. Developed camping is something I do out of necessity — to accommodate the preferences of others, or because it’s really the only option in many National Parks and Monuments. But the times, they are a changin’.

Reservations systems at Conundrum Hot Springs and Hanging Lake were no skin off my nose, as I tend to shun such postcard-and-Instagram-publicized destinations anyway. But Prince Creek was my go-to destination for camping with my disabled brother, who loves fluttering oak leaves and running water but not long four-wheel-drive expeditions. So while I understood the overuse and misuse that drove the Bureau of Land Management to ban dispersed camping along the creek itself, the developed campgrounds they offered in return seemed like a poor substitute.

But that was the very same year I first found every obscure corner of Thompson Creek full during hunting season, and began to see the writing on the wall. It probably would have taken another decade of growth to really play out, but then the pandemic hit.

On my way through Lime Park last summer, I encountered scenes I mostly associate with caving conventions or post-apocalyptic Hoovervilles: dozens of cars circling tent cities, each within a stone’s throw of the next. Certainly, a nicer way to social distance than cooped up in a Denver apartment all summer, but not the outdoor experience I’m looking for.

So I retreated further into the hinterlands. That is, until my friends and family needed something more accessible. So I settled on a site up McClure Pass that was once my family’s go-to. Back then, the road was a bit longer, making for plenty of privacy and a beautiful view of Chair Mountain.

Even now, I expected the spot to be one of the first to fill up, so I set up on a Thursday and camped several nights. The first was as perfect and peaceful as any in my childhood. On the second, a family came in very late and set up in an adjacent field that hadn’t even occurred to me as a spot. On the third, a couple with a rooftop tent trundled right into the cul de sac and set up a stone’s throw away.

The pair had spent much of the summer camping in the aforementioned Crested Butte area, and when I told them I had considered the whole area a single campsite (and selected it specifically to socially distance from some friends outside my pod), the look I received told me everything I needed to know.

That night was the closest I’ve ever been to other people in a dispersed site — and, indeed, closer than some developed campgrounds, including the one just down the road near the top of the pass. It wasn’t an unpleasant experience — both sets of neighbors were respectful, and it was easy to wander away to a quiet area where the first aspens were changing. But with that level of density, I wouldn’t have minded more clearly delineated spaces. Plus, a metal grate would have allowed a campfire under stage one restrictions. And if that amount of use continues, a bathroom probably wouldn’t be a bad idea …

Of course, campgrounds require money and manpower to create and maintain. White River National Forest has actually been decommissioning developed sites on the Flat Tops, and the rest are typically run by private concessionaires. So I’m really not sure what the future holds, but I suspect that if I want solitude, I’m gonna have to do more backpacking.