Tell Governor Polis to enact his own climate action roadmap 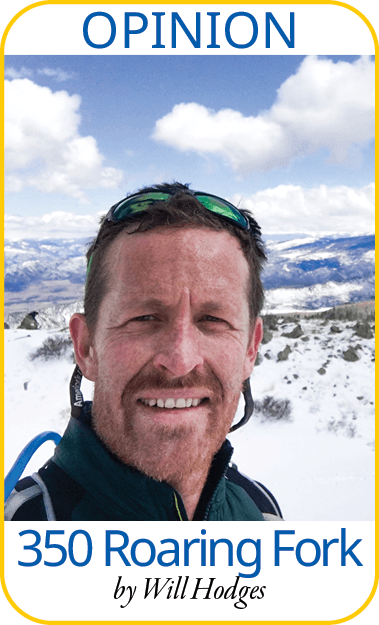 The governor isn’t serious about achieving his own climate goals. Yesterday, he announced he intends to veto Senate Bill 200, a law going through the State Assembly that would give some oomph to his own greenhouse gas reduction goals passed two years ago.

The state’s greenhouse gas reduction roadmap that the governor signed in 2019 stipulates a 26% reduction in emissions by 2025. According to the Environmental Defense Fund, by current rates, we will fall short of that goal by between 25 and 14 million metric tons.

Senate Bill 200, the “Reduce Greenhouse Gas Emissions Increase Environmental Justice” Act, would put some much needed teeth to the Governor’s Roadmap. It passed out of the Energy and Transportation Committee 4-3 last week and now heads to the House floor.

We should all call and urge the governor, Senator Bob Rankin and Representative Perry Will to support SB-200.

We are already seeing Red Flag Warnings in April! Dry soils and high winds portend another bad fire season. Snowpack is at 70% of average and much of western Colorado is in severe to exceptional drought.

In 2019, the Colorado legislature passed and the governor signed HB-1261, which aimed to cut the state’s greenhouse gases by 26% by 2025, 50% by 2030 and 90% by 2050. It directed the state’s Air Quality Control Commission (AQCC) to develop a set of rules for cutting emissions from the four sectors: electric utilities, oil and gas production, transportation and buildings. Perhaps by design, the measure included no actual enforcement mechanisms.

The AQCC missed its first deadline last July. It released its final draft Roadmap in January. Environmental organizations panned it as “wishful thinking,” relying on rosy assumptions and voluntary actions rather than specific, enforceable measures. It calls for 80% cuts from utilities by 2030 but of the state’s 54 electric and 12 gas suppliers, only Xcel Energy is required to submit a clean energy plan.

SB-200 mandates hard caps on emissions by sector, sets March 1, 2022, as a deadline for implementation and imposes a fee on CO2 and methane to go toward funding an office of environmental justice to ensure consultation with disproportionately impacted communities living downwind of coal plants, refineries and fracking sites.

Not surprisingly, the utilities and oil and gas industry oppose the bill. Tellingly, the Polis Administration also came out against it, even though it simply strives to enact the governor’s own plan.

There isn’t time for half-measures. The Roadmap targets themselves fall short. The United Nations’ Intergovernmental Panel on Climate Change gives the world only a 50% chance of staying under 1.5°C of warming if we reach carbon neutrality by 2050 (we’re at 1°). For a 66% chance of averting catastrophe, we must be at net zero by 2036. Colorado’s plan only strives for 90% cuts by mid-century.

Given the enormous challenge of decarbonization and the urgency of slowing current emissions, which will further warm the atmosphere for decades, we need big reductions in the near term. The fastest cuts will come from retiring coal plants and phasing out fracking. The sooner we scale up solar and wind generation, the more we can power our homes, offices and even cars cleanly.

Unfortunately, after moving to close three coal plants by 2029, the AQCC backtracked under pressure from Xcel, Tri-State and Platte River.

Meanwhile, most of Colorado’s gas is exported. Both the AQCC and Colorado Oil and Gas Conservation Commission are conducting exhaustive rulemakings to reduce both combusted emissions, and the insidious by-product of fracking: leaked methane, the second most potent greenhouse gas. In February, regulators finally required non-emitting controllers on all new oil and gas facilities as well as those undergoing upgrades. That still leaves 66,000 gas wells with controllers that open and close, adjusting for pressure and temperature.

Then there are the abandoned wells dotting the landscape as gas companies pick up and leave. According to High Country News, there are nearly 60,000 unplugged wells in Colorado. The state has only 2% of the estimated $8 billion it will cost to remediate.

We ought to think about phasing out gas production altogether, while providing financial assistance and job retraining for the estimated 30,000 workers. Instead of bending over backwards finding ways to frack more cleanly, we ought to not frack anymore.