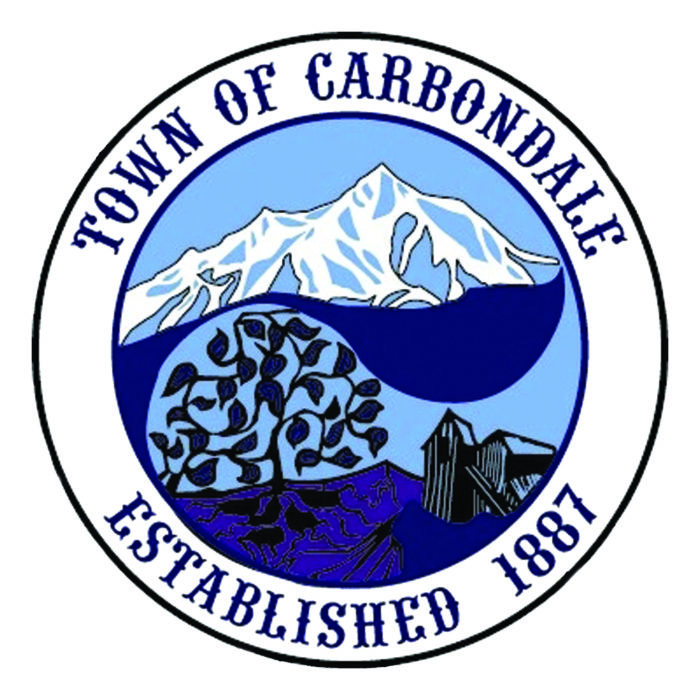 All Carbondale trustees were present at the regular meeting on May 11.

Items on the consent agenda included accounts payable. Items of considerable expense were $50,360 for trash services, $17,329 for Crystal River restoration work and $7,500 for the second quarter payment to Garfield County Housing for management of Carbondale’s affordable housing. Also on the consent agenda, The Black Nugget was granted permission to install a temporary outdoor patio and Matt Gworek and Laurie Loeb were reappointed to the Bike, Pedestrian and Trails Commission.

During “trustee comments,” Erica Sparhawk updated the board that she is actively working with Colorado Communities for Climate Action and recently testified in favor of Senate Bill 260, a major transportation bill costing an estimated $5.3 billion over 11 years. In the vein of transportation, Marty Silvertsein asked when the full board would next meet with the Roaring Fork Transportation Authority to discuss improving services within Carbondale. Mayor Dan Richardson thanked town staff for their work and announced that the town received a $100,000 grant from the Department of Local Affairs toward funding a micro-hydro project.

Next, two special event liquor licenses were granted. KDNK was approved for the Mr. Roaring Fork event taking place at the Fourth Street Plaza on June 5 at 6 p.m. Mountain Fair was also approved for booze, restricted to Sopris Park, on the weekend of July 23. In other news, it was announced that Sopris Sun contributing artist Larry Day will design this year’s poster and t-shirt.

The majority of Tuesday’s meeting focused on how best to direct funding from a tobacco tax approved by voters in April 2020. This tax went into effect in June 2020, adding $4 to the cost of a pack of cigarettes and imposing a 40% tax on other products containing nicotine. The tax has already raised about $250,000 to be directed toward cessation and prevention efforts, as well as sales enforcement and education.

Tasked with helping the town effectively spend those funds, a team of local specialists presented to the board. The group included Roaring Fork Schools Family Services Director Anna Gahl Cole, YouthZone Executive Director Jami Hayes, YouthZone Assistant Director Keith Berglund and Stepping Stones Assistant Director Jonathan Greener. They began by describing the role of “risk factors” and “protective factors” and presented data on how those dynamics look in Carbondale. Risk factors are conditions that increase an individual’s propensity toward substance abuse, delinquency, dropping out of school and/or acting violently. Protective factors are the opposite, things that encourage and support positive development for youth.

Recognizing that the Roaring Fork Valley already has a strong network of organizations working on these issues, it was recommended that the town direct revenue from the tobacco tax toward continuing the funding of a Youth Advisory Council that compensates its participants, ranging from 12 to 19 years old. Additionally, it was suggested to invest in and develop a Youth and Family Advisory Council to further inform the issue.

Town Manager Jay Harrington chimed in to explain that the tobacco tax is beginning to decline, trending toward reaching $365,000 for 2021. Silverstein broached that help for smoking cessation should be considered for all people, regardless of their age, and made available to anyone in Carbondale.

The group was asked to return with a fiduciary structure and one agent responsible for managing the funding within a specific budget. Mayor Richardson expressed comfort at spending the full $250,000 as seed funding to attract other communities for a regional approach.

Cole thanked the town for “going big” on this problem and for asking good questions. She expressed appreciation for the relationship of accountability and collaboration. “If we can’t do this here, then I’m sad for the world.”

Next on the agenda, Trustees received a recommendation from the Planning Commission to hire multidisciplinary architecture and engineering design firm Cushing Terrell as the consultant for the 2013 Comprehensive Plan update. The supplemental document will address downtown, north of Town Hall, climate action, age-friendly design and multi-modal transportation, among other elements requiring deeper analysis. Community events are currently planned for July and October, with small group meetings in late August. Asked about Spanish-language outreach, town staff clarified that the budgeted $75,000 does not include translation services, these would be independently contracted.

Lastly, Trustees amended the town’s mask mandate to more closely align with the state’s requirements. Until the state removes its order, masks are required indoors with 10 or more people whose vaccinated status is unknown. The mask order remains in place for schools, nursing homes and child care centers. Private businesses can impose rules that are more strict. The town also terminated its emergency declaration, first implemented on March 17, 2020.

Meetings will continue over Zoom until further notice, while improvements are made at Town Hall to allow for a hybrid in-person/virtual approach. All town meetings are available for review on the YouTube channel “Town of Carbondale Board of Trustees.”

P&Z on April 29 reviewed an application for a 7-unit townhome project on Twelfth Street. The public hearing was continued to May 13.

Carbondale PD handled 476 calls for service between April 23 and May 6.

Sgt. Randy Rodgers retired after a long tenure with the town. It was common to see him doing push-ups with kids and handing out protein bars. He will be missed.

Colorado Avenue sewer project is underway. Northbound Highway 133 traffic is detoured through the Sopris Shopping Center parking lot until approximately May 20. The entire project is anticipated to be complete by June 30.