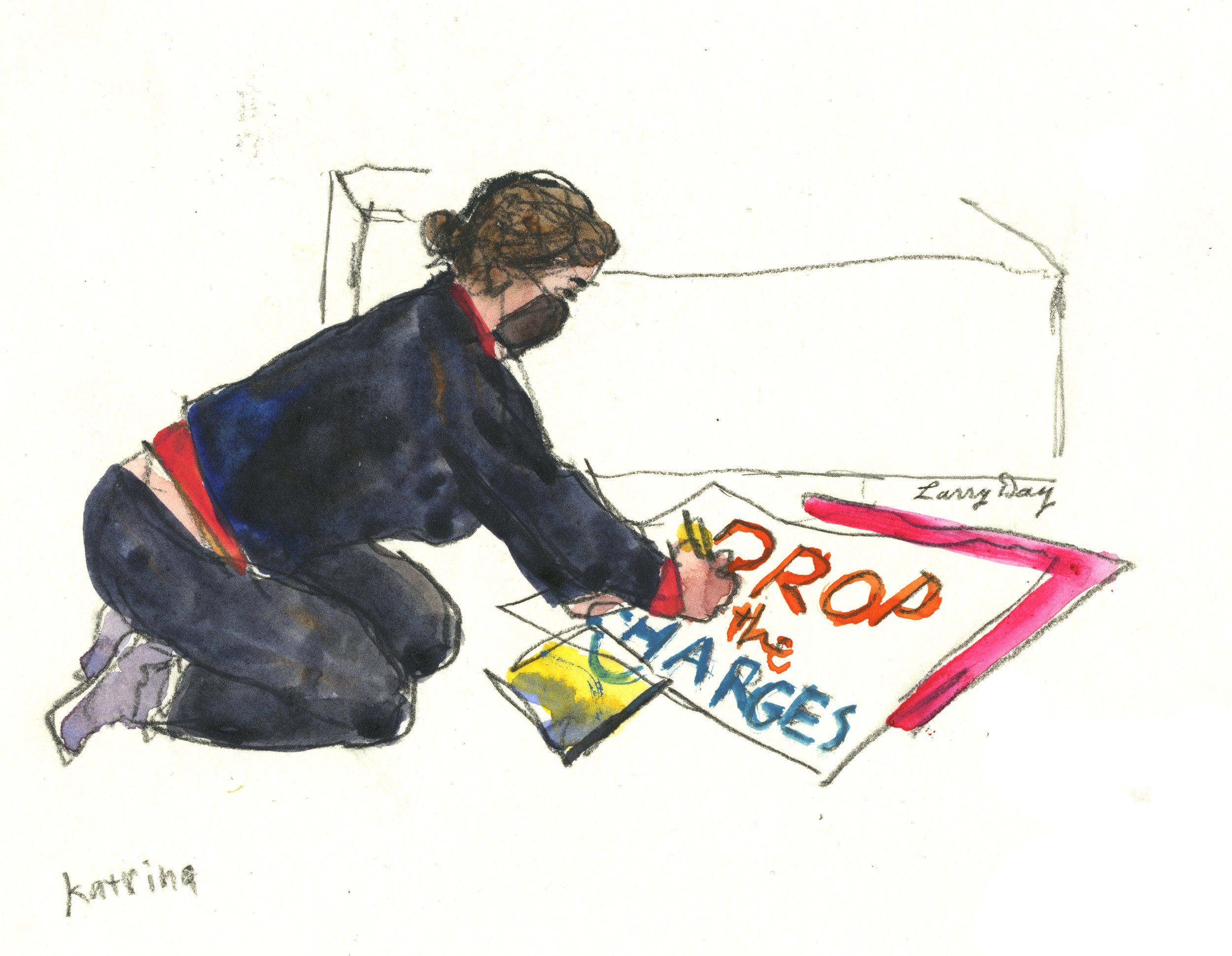 After nearly six months of litigation, the criminal case against Michael Francisco was officially dismissed. While that part of the matter is resolved, people are left wondering, what comes next?

“The bottom line, as far as I’m concerned, are results, and this case was dismissed,” said Francisco’s defense attorney, Michael Edminister, “Justice was served.” He added, “there is no question about it, the public’s input had an impact.”

On May 14, prosecutor Angela Roff and Edminister filed a joint motion for deferred prosecution. The motion placed the onus on Francisco to complete the outlined conditions or else risk landing back in court and fighting the original charges all over again.

The conditions were as follows: 1) Francisco will have no new violations of law during the period of deferred prosecution, 2) he must participate in a facilitated “sharing of perspectives” led by mediator Barbe Chambliss and 3) Francisco waives his right to a speedy trial.

Deferments are common in criminal proceedings and tend to last a year or even two. “This is not a typical deferred judgement,” Edminister acknowledged.

It is arguably standard to include the condition that a defendant not break any laws during the deferred period. It may seem unnecessary in this case given that it lasted only over one weekend with the prosecution filing to dismiss all charges the following Monday, May 17.

On May 14, the same day the deferral motion was filed, Francisco and Police Chief Kirk Wilson met face-to-face to share perspectives with one another. The meeting was indeed facilitated by Barbe Chambliss whose experience amounts to mediation between folks on death row and the families of their alleged victims. The meeting took place behind closed doors — not even Francisco’s defense attorney could attend.

Chambliss has not made herself available for an in depth interview, on the record, regarding this case. Edminister defends that decision. “This is a woman of really high integrity and she doesn’t want to compromise the process.”

Chief Wilson said the meeting lasted for about 3.5 hours. “I was very thankful to hear Mr. Francisco’s perspective and was pleased that he was genuinely interested in hearing from me,” he stated. Wilson then explained, “the ground rules for the meeting were that what was shared would remain confidential,” and concluded, “It would not be appropriate for me to disclose what was learned.”

“The charges against Mr. Francisco have been dismissed; we now can reflect on what happened,” Carbondale Mayor Dan Richardson told The Sopris Sun.

Richardson wrote a letter to the community acknowledging his role in the debacle. He went as  far as to say that he was briefed about the Christmas Eve incident within 24 hours of its occurrence but did not bring it up to the rest of the town trustees.

In his letter Richardson apologized to the community for his lack of communication to the trustees and for the incident ever having occurred in the first place. Notably, neither the town nor the police department have publicly apologized directly to Francisco as of May 19.

“An evolution in Town policing has already begun under Chief Wilson,” Richardson writes.  “Some notable progress to date includes planning of our ‘citizens academies,’ increasing our funding to the Hope Center to develop a more comprehensive approach to situational response, hiring a communications consultant for better community dialogue and transparency, creating a new trespassing response procedure, hiring a consultant to conduct an independent evaluation of the incident, as well as an evaluation of our policies, training and culture.”

According to Town Manager Jay Harrington two separate reviews will take place. “The first is focused on the incident itself and the second is a broader assessment of the [police department],” he stated, adding, “The two independent firms are not finalized nor under contract,” but, “The one working on reviewing the incident should be finalized in the near future.”

Edminister indicated that Francisco may pursue damages for the violation of his civil rights. To date, no official complaint has been filed.