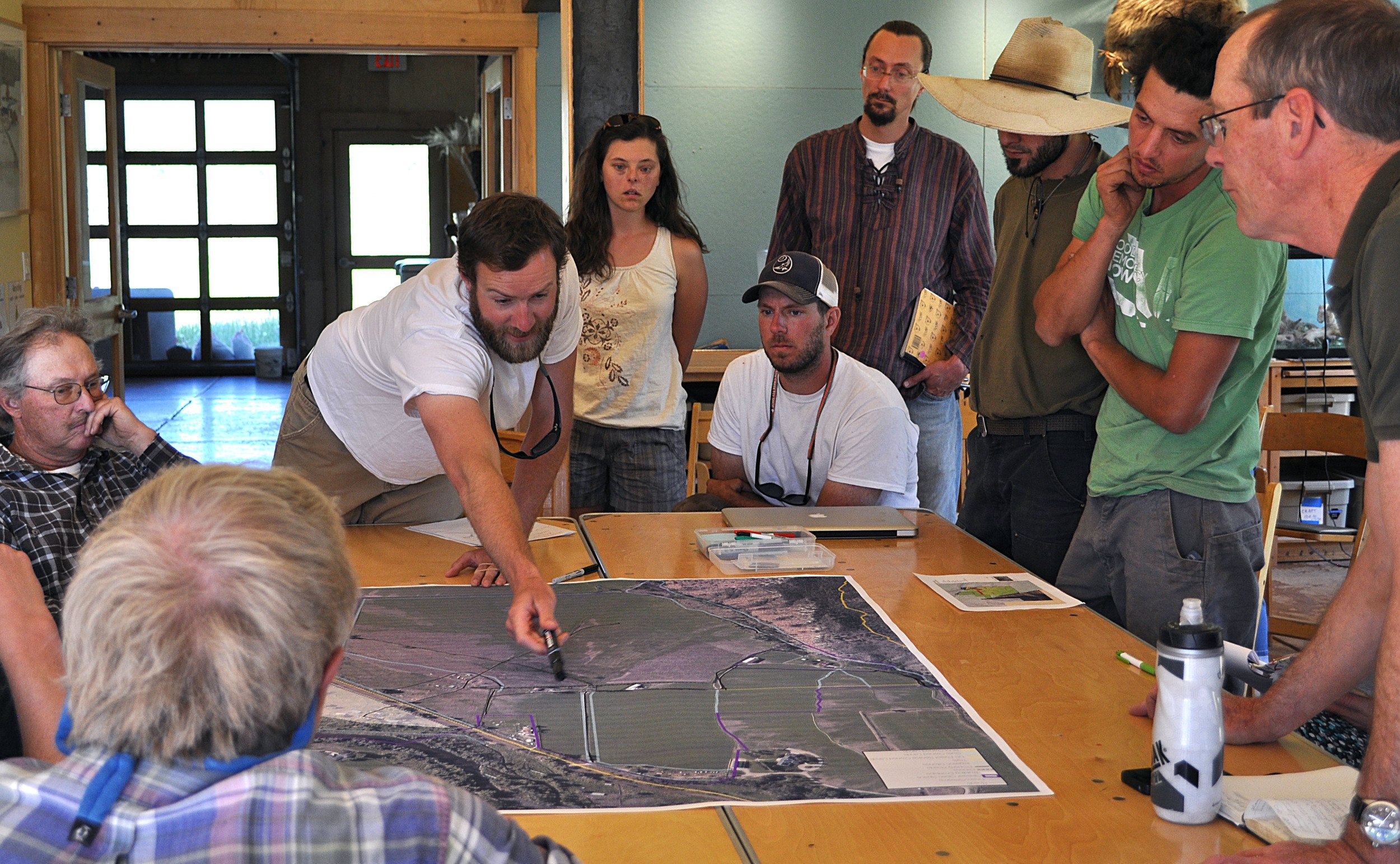 This past March, The Sopris Sun launched a series on the Pitkin County Open Space and Trails (OST) agriculture lease program. In exploring its genesis, co-creators, open spaces and lease holders, The Sun sought to cast light on the quiet, industrious and enterprising farmers and ranchers “next door.”

Fourteen months ago, the inconceivable occurred. A nation-wide shut down depleted grocery shelves and shuttered businesses. Communities hadn’t experienced such reverberations since the Great Depression nine decades ago. COVID proved the necessity of local farming and ranching for immediately available produce and protein.

Food and government programs ensured that those in need received freshly harvested, nutritious produce. Each week, valley farmers delivered hundreds of pounds of fresh, nutritious fruits and veggies to food distribution centers administered by Lift Up and Food Bank of the Rockies.

Harper Kaufman is one such farmer. In 2018, Kaufman applied for and secured a 10-year lease on OST’s premier Emma Open Space.  Her farm, Two Roots, became OST’s first certified-organic operation. Breaking ground on three of her 22 acres, Kaufman grew 30,000 pounds of food in her first season, demonstrating fiscal viability in local food production.

U.S. Food and Drug Administration’s Food Safety and Modernization Act establishes safety and sanitation guidelines with which Two Roots must comply. The farm faced defining financial hurdles to do so: provide a barn, potable water, electricity, drainage, and septic. Kaufman secured a five-figure federal grant toward irrigation and infrastructure to help comply with the Food Safety and Modernization Act.

Was OST also willing to invest in infrastructure to keep open space in food production? They put it to the public and the public responded: yes. OST and its board recognize the necessity and value of investing our public dollars in small-scale farming and local food.

So much so, the potential of OST ag land has drawn an increasing number of applicants and a diversity of proposed uses. With input from the public and the first lessees of Glassier Open Space, OST revamped their application selection process, first in 2014 and again in 2017, and the Glassier Management Plan, to better support small farmers.

In January 2021, after updating and refining the management plan for Glassier, OST sent out a request for proposals for new lessees to steward Glassier in an encompassing, regenerative manner. Seven entities applied.

Pointing to glitches in the administration of the selection process, one of the seven applicants filed an appeal. With a lifelong relationship to water buffalo and a history of violence and trauma in his home country of Venezuela, rancher Jose Miranda was aggrieved and pained. He felt racism and saw corruption. The appeal process and media response were explosive and divisive. Miranda’s appeal solicited public input as it made its way to the Board of County Commissioners, where Board Chair Kelly McNicholas Kury acknowledged, “This process just really missed some i’s and t’s for me.” Several board members expressed offense at Miranda’s accusations of corruption and racism.

“We had a couple of minor discrepancies, but the process was open and transparent,” says OST Executive Director Gary Tennenbaum. “The appeal process showed the process was run as designed. Can it be better? Definitely, and that is what we are looking to do in the next few months of public and agricultural community outreach. What Jose’s appeal showed is that we have more demand for ag lands than ever and we need to work to preserve more and have a lease process that meets the needs of the farmers.”

OST Ag Lease Administrator Paul Holsinger said the applicant pool was strong, Miranda’s proposal among them. As a water buffalo rancher, Miranda stands at the threshold of significant positive change for ranching in the West. The buffalo have a smaller ecological impact than cattle; attain market-size more quickly; their meat has 43% less cholesterol; and their milk is more nutritious than cows’. Miranda’s Glassier proposal, prescient as it is, is beyond the current capacity of Glassier Open Space.

A February 4, 2021 OST Glassier Lease Recommendation memo reports that: “The selection committee generally discussed which proposal fit with the Management Plan’s overall wildlife, restoration, recreation and improvement vision for the property, as well as agriculture. The committee agreed that the ideal lessee would not only be a successful farmer or rancher but also one that could be a partner with the OST department.”

With a proven track record of teamwork, diplomacy and experience, Alyssa Barsanti of the Marigold Livestock Company was awarded the Glassier ag lease.

“Alyssa greatly impressed the committee with her knowledge and experience with minimizing wildlife conflict, her breadth of experience with different methods of irrigation, and welcoming attitude toward the public.” The memo continues, “Her reference expressed nothing but admiration and awe at the ability of Alyssa to recognize what a piece of land needs and be successful at farming with those limitations.”

She will start with sheep. As the existing OST soil test plots and irrigation studies free up more acreage, Marigold will raise meat birds and laying hens: “an operation,” concludes the memo, “that is appropriate in scale, use and practice for the agricultural land and will help to achieve the goals of the Management Plan and enhance agriculture in the Roaring Fork Valley.”