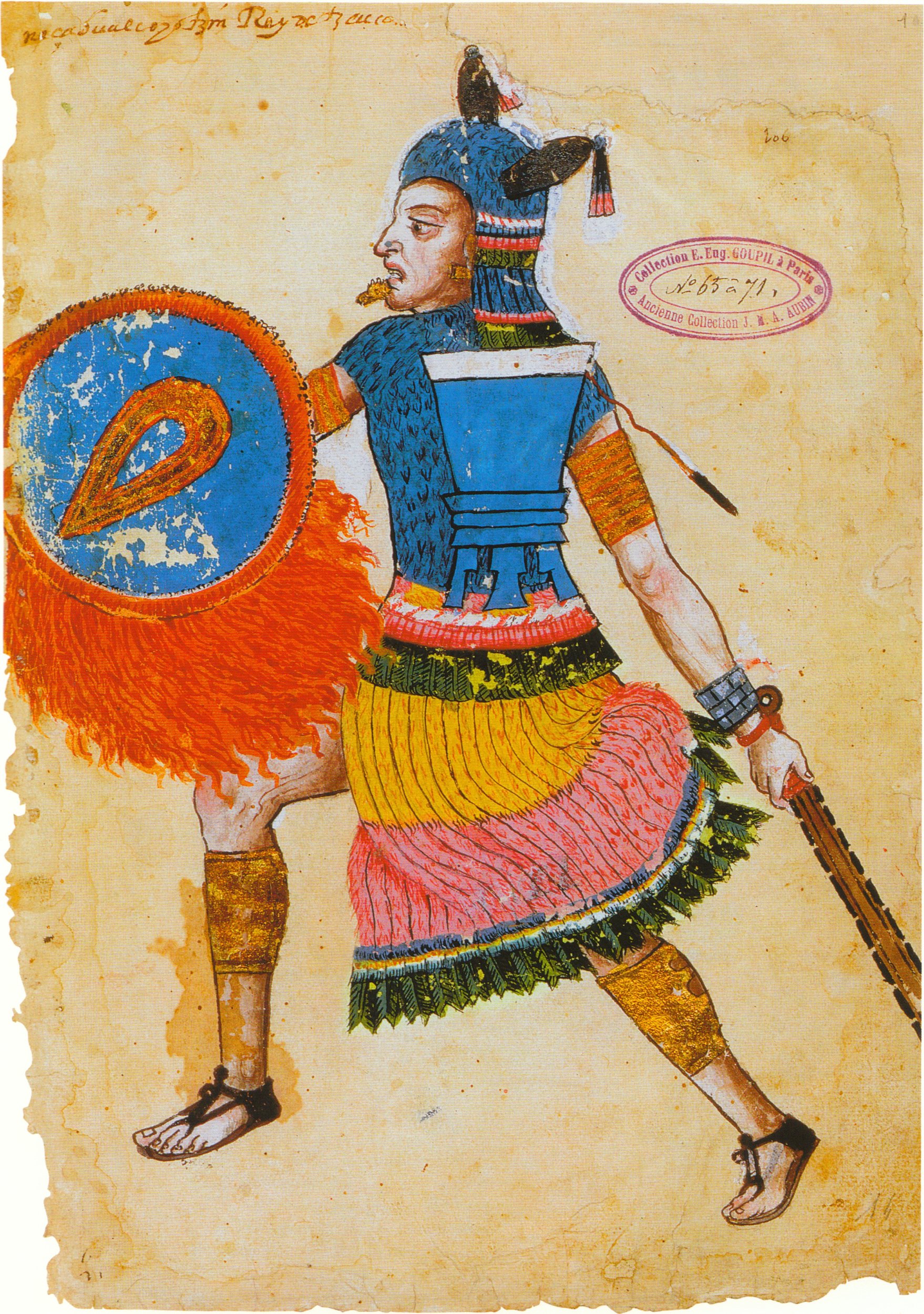 Nezahualcoyotl (1402-1472) as depicted in the 16th century Codex Ixtlilxochitl. Image from Wikimedia Commons.

We begin a new series of articles about Latin American literature (written originally in Spanish for el Sol del Valle) with a brief exposition of Pre-Columbian poetry. The series will not be a comprehensive study, rather cultural brushstrokes that, hopefully, will help bring together and highlight the different cultures that call this beautiful and unique valley: “home.”

A basic and important aspect we want to point out is that the concept of “Latin American” is very broad. The countries of Latin America were populated by Pre-Columbian cultures (Aztecs, Maya, Inca, etc.) that existed for some ten-thousand years, later transforming with the arrival of the Spanish conquistadors, African slaves, Europeans immigrants and people from other latitudes (for example, China, India and the Middle East). The people of Latin American, like the United States, are heirs to many cultural and mythological influences.

When the Spaniards arrived to these lands, there was already rich literature, as well as other cultural and spiritual celebrations, that were destroyed by the conquerors. The Aztecs had a long literary tradition, with poetic works long before England had its Shakespeare or Spain its Cervantes. From the little that was saved from the destruction, we know of poets like Tlaltecatzin, Cuacuauhtzin, Nezahualpilli, Cacamatzin, and Nezahualcóyotl.

The most famous of these was the great Nahuatl poet Nezahuacoyotl (his name signifies Hungry Coyote, or Coyote that Fasts). The library of Tenochtitlan in the capital of the Aztecs housed most of his work and was burned to ashes by Hernán Cortés. Not only was Nezahualcóyotl the most important of the poets of his time, he was also a king, warrior, architect, and philosopher. In all of these fields, he excelled admirably.

The Nahuatl language did not have a specific word for poetry but it did have the concept, a metaphor, “flowers and songs” (“in xochitl in cuicatl”) to indicate poetry. This concept was key in their perception of the world and Aztec mythology. It was the search for truth, for God, for the answers to the compelling and ancestral questions of humankind. It was their philosophy and theology. Poetry came from the god Ometeotl, a dual god: the father and the mother, the convergence of masculine and feminine principles.

Poetry expressed, on one hand, the physical and concrete beauty of nature (the flowers), and on the other, the beauty of human experience (the song), or: the power of communicating, speaking, reasoning about life and its shortness. Life was ephemeral, whereas truth, beauty, and poetry were eternal as Nezahualcóyotl  expresses in this poem:

I, Nezahualcóyotl ask about it

Is it true that one lives with roots on earth?

Nothing is forever on earth:

Though it be jade, it breaks.

Though it be gold, it wears away.

Though it be quetzal plumage, it is turn asunder.

No forever on earth:

But, in this brevity, man searches for God, for truth and beauty, which is what endures:

My flowers will not perish.

My songs will not cease.

I, singer, elevate them

they distribute themselves, they scatter.

Even when the flowers

they will be taken there:

to the interior of the house

of the golden feathers bird.

And when he finds it, he has found a meaning for life:

Finally, my heart understands it:

I listen to a song,

I contemplate a flower.

The skill of the poet and poetry had a very important role in daily life. Among the Aztec, there was a special kind of priest responsible for calling the locals to gather in a place known as the House of Penance and Prayer, to learn the “flowers and songs” well. Within the house of prayer, poetry was created and preserved, because it came from the gods and was used to glorify them. The word was used like a flower, to express beauty.

Among the important themes of Nezahualcóyotl and the other poets of his time: time itself, or the impermanence of everything that is; the inevitability of death; the expression of “true” words; and the essence of humankind before the gods. In short, these poets explored problems of metaphysical thought, universal doubts and anguish as qualities of exististance.