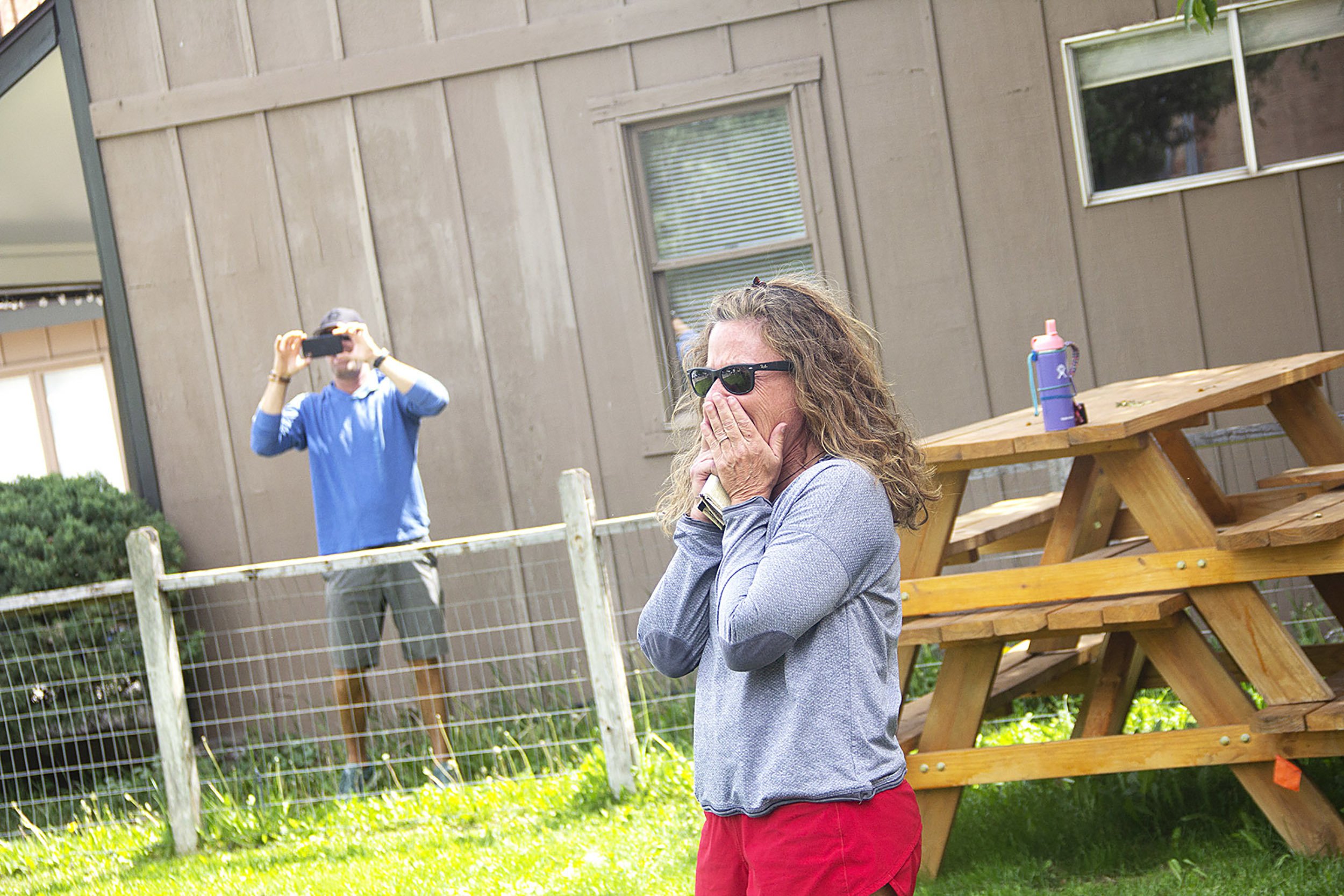 Lari Goode was relaxing on the lawn in front of the Village Smithy Restaurant on Sunday morning while waiting for a table. She was expecting to enjoy a birthday brunch with husband Mark Fisher and a couple of friends, so when a flash mob burst through the gate and began to dance, it took a while for the birthday girl to recognize familiar faces among the performers and realize that this flash mob was a birthday surprise for her.

Hired by Goode’s friend, the Bonedale Flash Mob organized and choreographed the group consisting of two or three pros, but mostly friends of Goode. For ten newbies who rehearsed only twice, the entire event was a fun performance and not only a surprise for Lari, but it also ignited smiles and cheers from diners and gawkers on Main Street. Goode and Fisher are both locals and own Phat Thai on Main Street in Carbondale. Happy Birthday Lari!