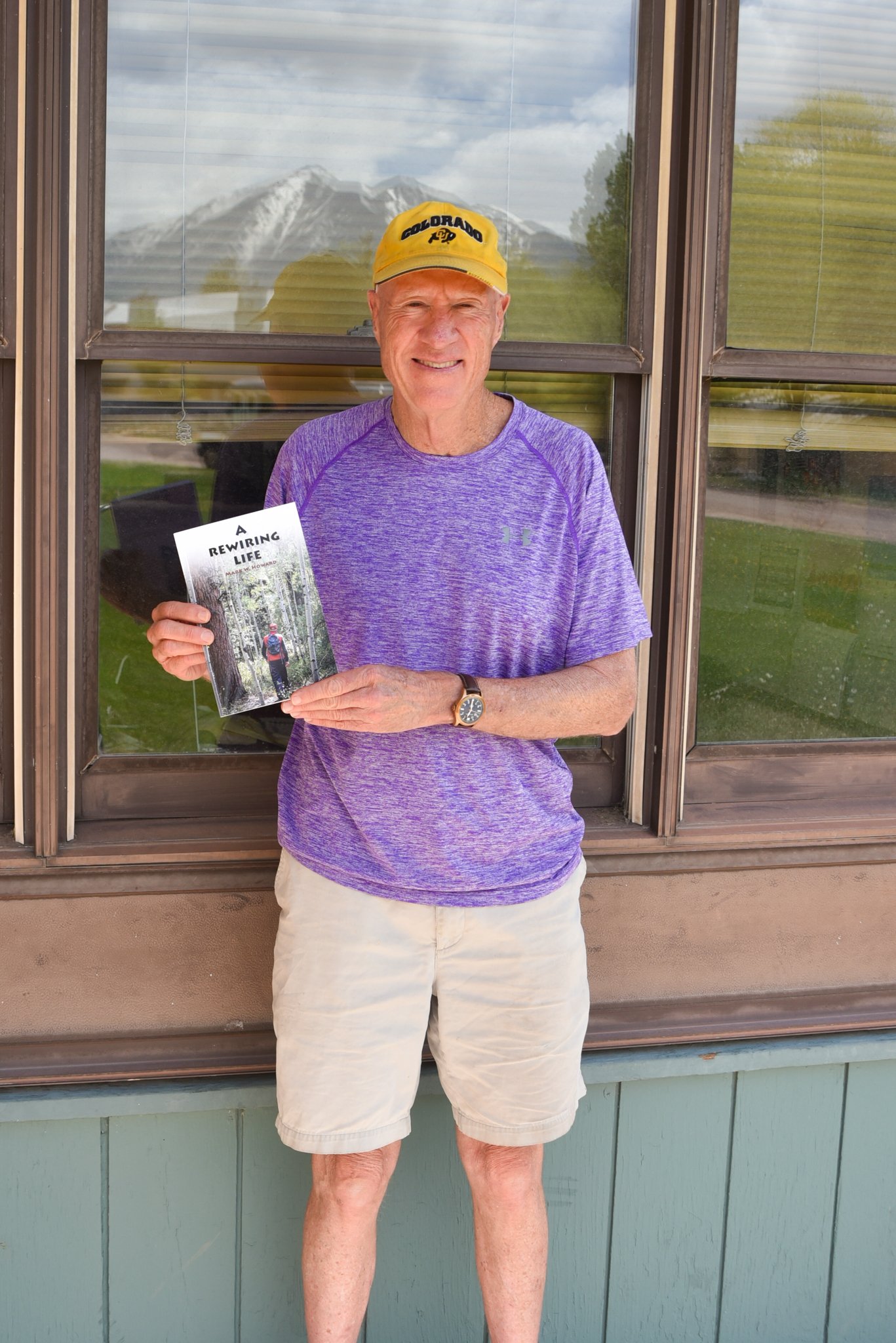 Mark Howard wrote "A Rewiring Life" to share his personal experience of embracing change, both external and internal. Photo by Raleigh Burleigh.

One thing that may hold true about 2020 for just about everyone is that our plans were turned thoroughly upside-down, with the rug pulled out from underneath whatever momentum had been building. Suddenly, people were faced with a new kind of opening and the opportunity to reflect. We’ve heard anecdotally about major life changes, and the data is catching up to demonstrate how external and internal shifts spurred new careers, relocated lives cross-country, inspired cleaner eating habits, divorces and more. Some folks may struggle with the adjustment necessarily for such radical change. Fear not, there’s a book for that.

Mark Howard, a former English teacher at Basalt High School — among other defining titles like “father,” “financier” and “ski bum” — was busy writing “A Rewiring Life” long before COVID shook the world. After leaving teaching in 2017, Howard decided to “rewire” rather than completely “retire.” The book began as a short story workshopped at the Aspen Summer Words literary conference. Positive encouragement from Ben Loehnen, then-executive editor for Simon & Schuster, led Howard deeper into the journey of unraveling his memoir.

Howard calls his first book “a compilation of many of the novels, plays, poems and essays we discussed in my high school English class when I rewired as a 57-year-old, first-year teacher.” Indeed, it’s laden with Howard’s literary influences and even includes a curated list of recommended reading at the end.

The common theme throughout is “rewiring,” the changing of one’s life in a foundational way. “It’s a hard thing to rewire,” admits Howard. “But COVID forced many people to relearn how to work, even the same job.” Nonetheless, we’re encouraged to see each new start as a fresh opportunity to live our truth, because “we don’t know how many days we have left.”

Howard’s memoir takes us from Oakland, California to golfing with Kevin Costner, Aspen in the ‘70s and addressing suicide with a high school class through the lens of Shakespeare’s “Hamlet”. It’s varied, fast-paced and wise. We’re shown clearly that when one door closes, others always open. Humor is frequent, even as difficult topics are addressed; Howard even received permission from some of his favorite cartoonists to republish their work (including strips from Pearls Before Swine). The writing is also broken up with personal photos, lending familial intimacy to the stories.

It’s clear that Howard derived lasting pride from his time as a teacher. Many of the stories take place in his classroom and we’re even given assignments, like “Think of one day that changed your life and influenced who you are today.” Write enough, and you may have a compilation of rewiring stories. Or, “Burn it if you wish, but write it.”

Howard is sharing some of his best advice in this book. For example, “Anything positive when taken to an extreme becomes a negative,” as in, “A hard worker can become a workaholic.” Howard affirms, “Being ambitious is a good quality; it’s what helps us achieve those goals that we are striving for,” but then suggests: “Live a life that is commensurate with your values and with healthy boundaries. That is a noble and ambitious goal in itself.”

Ultimately, it is a book of life lessons, skillfully told by an adventurer turned ambitious business person turned teacher and now writer. The stories are thoughtfully articulated and touch on many aspects of the human condition, like regret, truth and respect. The counsel provided comes from a lifetime of adaptation. Faithful to his heart, Howard braved one identity after another. This latest rewire, as a writer of books, is sure to last. Although he wouldn’t divulge details, Howard told The Sopris Sun that he’s had a long-brewing idea for a novel.

Because “A Rewiring Life” was published during COVID, it became extremely difficult to promote. Now that things are looking up, Howard looks forward to touring bookstores. You can find a copy of “A Rewiring Life” in local bookstores; Explore Booksellers in Aspen and Bookbinders in Willits. You can also order a copy at the dedicated website and blog: arewiringlife.com