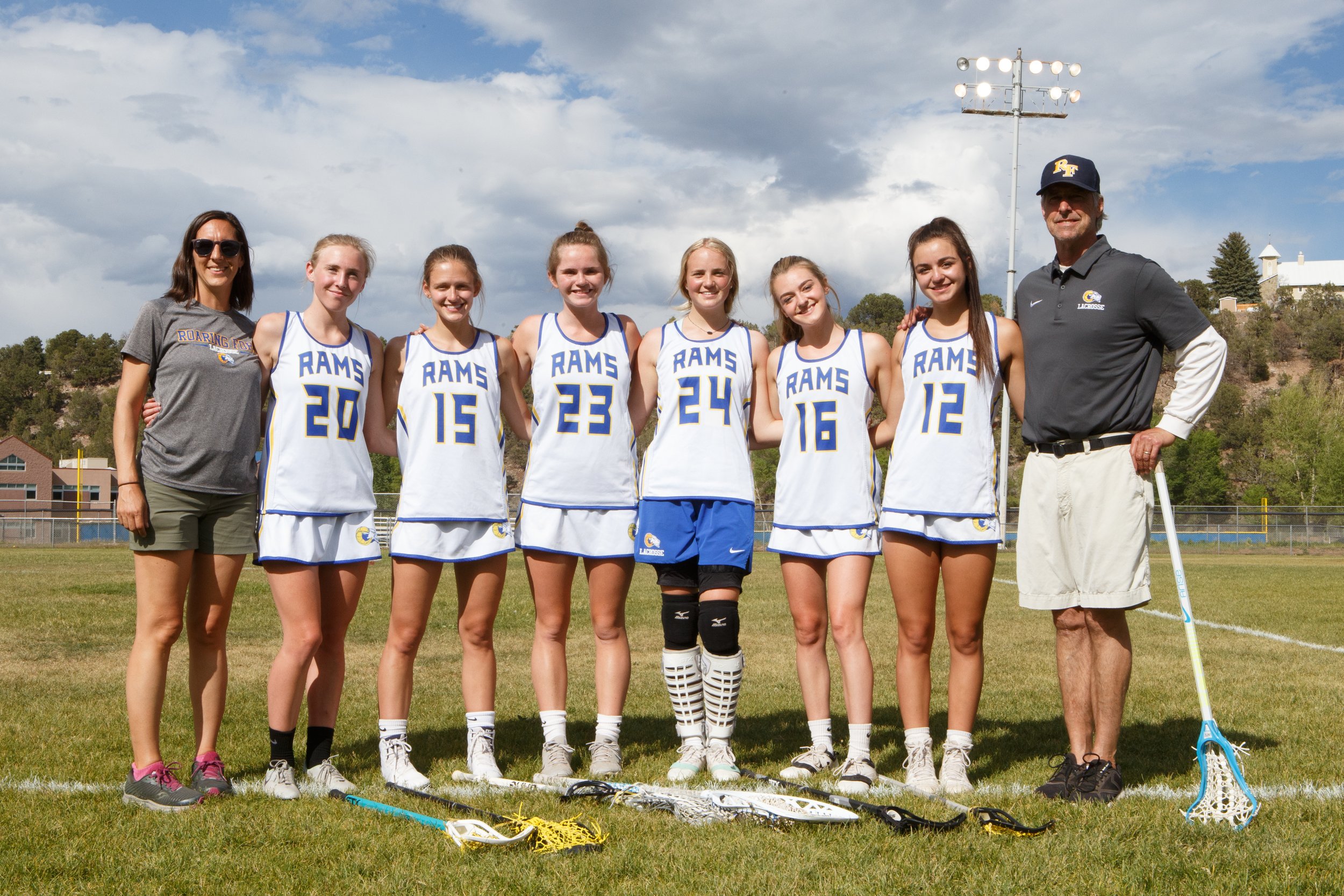 The Roaring Fork High School Rams girls lacrosse team’s success on the playing field may translate to a state tournament bid. It would be the second playoffs appearance for the Rams, with the first in 2019.

The results of the Rams last two games — against the Summit Tigers on June 11 and the Battle Mountain Huskies on June 15 — will determine if they advance to the playoffs.

With a 6–2 record, the Rams currently hold second place in the 4A Mountain East league. The first-place, undefeated Aspen Skiers locked up the league title with last Thursday’s victory over the Summit Tigers.

Rams co-coach Chelsea Robson explained, due to COVID-19 travel restrictions, the Rams were only allowed to play against others in their six-team league. Another COVID-related adjustment this year will have the conference’s top eight teams advancing to the playoffs instead of the usual 16. Robson said, currently, the Rams are ranked fifth.

The team is comprised of student-athletes from Basalt, Glenwood Springs and Roaring Fork High Schools.

Samantha Ferry started with the Roaring Fork Lacrosse Club’s (RFLC) Swarm team in sixth grade and said, “The fact that our team is combined with schools, like Glenwood and Basalt, I think that just makes the atmosphere of the team super cool.”

Riley Dolan talked about the importance of leading by example, saying, “I love coaching with Libby and Sam because we’ve all been playing together for so long and we are all on a middie [midfield] line so we connect well and I think that the younger girls like to see that too.”

Libby Claassen started playing with the RFLC Swarm in seventh grade. Her father, Terry, who co-coaches the Rams team, got her into the sport much earlier. She has a photo of herself, at age two, with a little lacrosse stick.

She said of her co-captain duties, “I love the girls on the team and so it’s kind of easy for me to step into this kind of leadership role when the girls are receptive and everyone wants to do the best that they can for the team.”

Claassen reflected on this season’s success, saying, “I think we got really lucky this year; we have an amazing energy together. Everyone feels very connected and that’s why I think we play, at times, very seamlessly — because everyone is connected to work together.”