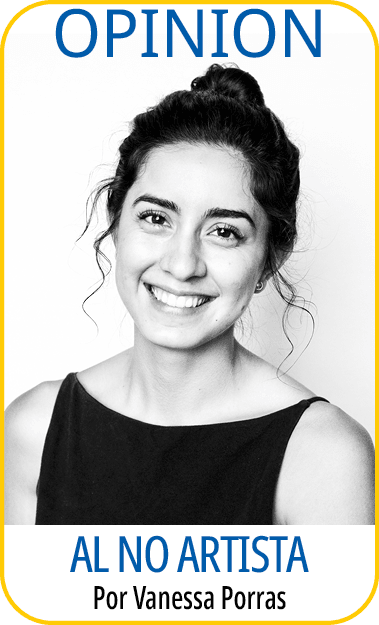 This Friday, June 25, the exhibition “Identidad y Libertad” will come to an end at the R2 gallery at The Launchpad. For those who were able to attend the opening of the exhibition, two of the artists, Tony Ortega and Armando Silva, were present and gave a brief introduction to their work and the meaning behind it.

What would have been a panel open to the community, was carried out through Zoom with the artists Fanel Reyes, Claudia Bernadi, Armando Silva and Tony Ortega. “Identidad y Libertad” is an exhibition created with the intention of starting conversations about immigration, multicultural identity and much more. Identity and the sense of freedom that it entails are issues that, outside of the immigration context, are extremely complex.

During this panel, the artists expressed their own identities, some of them shared how they have assimilated into both cultures, American and Latino. Silva and Ortega express how they have continued to honor their culture through the use of the Spanish language and challenging the status quo regarding how Latinos are perceived. Ortega remembers that as a child his grandmother always spoke to him in Spanish and he always responded in English. It wasn’t until he was 19, after studying in Jalapa, Veracruz, that Ortega began to speak Spanish and learn about his ancestral roots.

On the subject of identity, Silva asked Reyes for his opinion on cultural appropriation, particularly regarding the celebration of the Day of the Dead with the pretext of learning. Reyes expresses that the Day of the Dead, especially in Oaxaca, goes beyond being a celebration. It is an ancient, pre-Columbian tradition created to remember and respect our ancestors. “It strikes very sensitive chords in the people of Oaxaca,” Reyes says. Regarding appropriation, Reyes expresses the complexity of the subject, on the one hand it is an opportunity for projection but at the same time, “the intention can be blurred,” says Reyes. The movie “Coco” is an example that Reyes uses. The tradition of the Day of the Dead in the film is a mixture of traditions from various states of the country.

The struggle is to convert appropriation into projection of the culture so that interested people want to learn more, as long as tribute, credit and profits are paid to the place and people from which it comes. Bernardi speaks of appropriation as “a language that expands through a very comfortable position of postmodernism.” Bernadi remembers her time living in the Bay Area, and the difference back then between appropriation and “two worlds meeting” was the people who lived in that community. The 1960s and 1970s saw great Chicano movements and huge colonies of Latino artists that influenced culture in California. These artists, many of them multicultural, created art with reference points to what was happening on the other side of the border, as well as in their own communities in the United States.

Bernadi, of Argentine descent, managed to escape the military dictatorship in 1979. The type of personal and community work that she does and has done during all these years is because of an intimate bond that she feels based on her lived experiences. “My relationship with the concept of freedom is knowing that you don’t have it or you didn’t have it or you can’t trust that you will have it,” says Bernardi. These two concepts of identity and freedom intertwine like a braid, each strand is a different way of interpreting this theme. One thing is certain: through art, these artists continue the conversation of what identity means and being able to identify oneself either from a personal point of view or collectively. The video of the full interview can be found at here. We encourage you to be a part of this conversation and visit the gallery in the final week of the show.