What teachers could teach about housing solutions 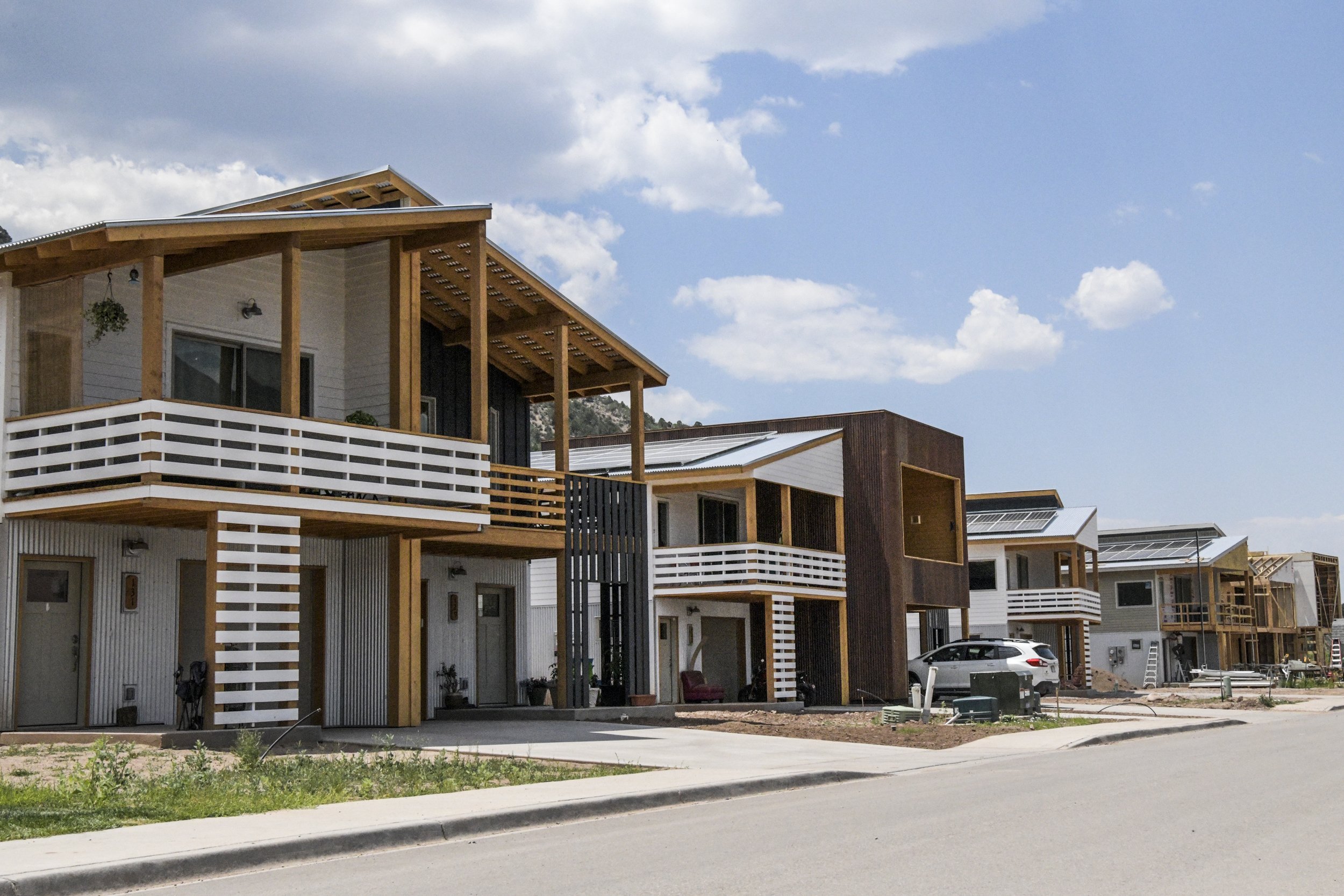 RFSD COO Jeff Gatlin said they were approached by Habitat for Humanity to develop homes on a tract of school district land and thought, "Boy, wouldn’t that be a great thing if we could get some teacher and staff housing out of that?" Photo by Paula Mayer.

In 2015, voters approved a major bond issue for the Roaring Fork School District (RFSD), which, in part, resulted in $5 million per community being dedicated to affordable housing units for teachers.

After the bond’s approval, RFSD formed the School District Housing Advisory Committee, consisting of about 12 staff members, to work out the fine details of the process. First, they created a system for teachers to apply for housing units and developed a plan to assign points based on various criteria to impartially award housing units to applicants.

The first task was to conduct surveys to ask staff about what type of units they were looking for, what they’d be willing to pay, and what they felt they could afford.

RFSD Chief Operating Officer Jeff Gatlin’s responsibilities include overseeing the district’s housing program. There are four teacher housing locations, with a total of 66 units: 20 in Carbondale, near the Third Street Center; 23 in Willits; six in Ironbridge and 17 in Cardiff Mesa in Glenwood Springs.

Gatlin spearheaded unit acquisition, facilitated the committee process of creating guidelines for the housing application process and addressed “how do we hit our targets for what we were hoping to hit when we put this out in the bond.”

Norville said they were outgrowing their space in a town home in New Castle and, more importantly, “We also wanted to be in the community that we teach in.”

When the district offered three-bedroom units, four and a half years ago, they applied and acquired the teacher housing. Norville emphasized that living at Ironbridge has “solidified my connection with Glenwood Springs.” As a GSHS baseball coach, no longer dealing with long commutes, he added, “It’s easier for me to support my students and their theater and music activities; it’s just a lot easier to pop in and see those events when you live right there, as opposed to living many miles away.”

Kendall Reiley, recently hired as the assistant principal at Crystal River Elementary School, began her teaching career at Basalt Elementary School (BES). A family in Basalt, whose children had attended Basalt schools, had an apartment above their garage for rent. They sent BES Principal Suzanne Wheeler-Del Piccolo an email. She, in turn, sent it out to staff. They offered an apartment at below-market rent, so an employed teacher could remain living in the Roaring Fork Valley.

Norville and Reiley both participated on the housing committee that developed a system that includes awarding points for dependents, teaching in the community you’re applying to and for a person’s number of years teaching in the district. Norville noted that special attention was given to adhering to the intent of the bond issue, saying, “We went back and visited the bond language, to make sure that we were really giving the community what they voted for.”

The monthly rent for units, Reiley explained, took into consideration multiple factors and settled on rents “at about 26 to 28 percent of that average salary. And the more money you make, the more your rent is.”

Norville said of his housing experience, “It’s been fantastic. It certainly has saved us some money and we have been able to save up.” Looking to buy a home, he added, “We’ll see what happens with this housing market, it’s a little bit frustrating. But, we do have some savings. Not sure it’ll keep up with the growth in the market, but we’ll see.”

The program houses, according to Gatlin, 140 individuals including staff, spouses and dependents, 70 of whom are staff members. What is interesting about the data, Gatlin said, is that about half of the units are still occupied by the original tenant, plus some have moved from renting into purchasing a home.

Another RFSD housing project, Basalt Vista behind Basalt High School, is slated to be completed next year. It is a partnership with RFSD, Pitkin County, Habitat for Humanity and the town of Basalt and units come with an opportunity for purchase by their tenants.

RFSD donated the land and Pitkin County donated money for infrastructure. Twenty-seven units are being built, with RFSD getting 14 of those and Pitkin County getting 13. Those numbers, Gatlin said, are “based on the percentage of the contribution of what our land value was and what Pitkin County contributed in their dollars to the project.”

Gatlin says conversations about the program’s future are taking place. “Part of what I’m really hoping to focus more attention on this coming year is, what to do next with the program. Where do we take it now that we have those 66 units, and what makes sense for the next steps.”