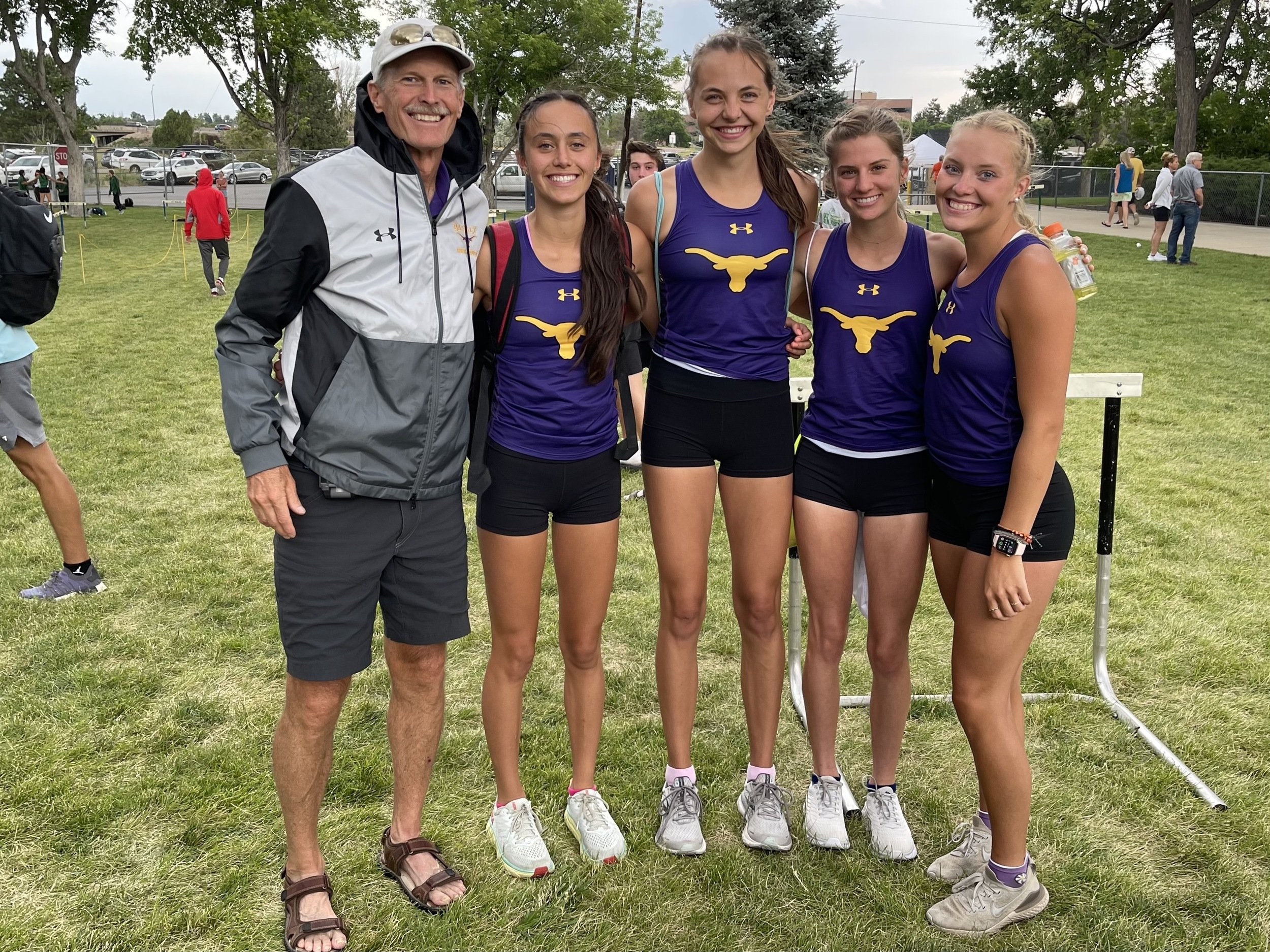 Maley’s events at state began on Thursday with a Longhorns third-place finish in the 3A girls’ 4×800-meter relay, with teammates Sierra Bower and Ava Lane (also sophomores) and senior Kaitlin Boothe. They also set a new school record.

Allyson Decatur, in her sixth year as the Longhorns track and field head coach, said of Maley’s Friday performances, “I actually think it’s good that those things did happen on Friday because it gave her a chance to amp it up for Saturday and really say, ‘Hey this is my last chance as a sophomore to go after a state championship.’ She just went out with a bang.”

Coming into the 1,600-meter run on Saturday, Maley recalled, “I came in hungry after getting second and sixth [on Friday] and really wanted to end my season with a bang, so when I was warming up, I just knew that I was going to give everything I had and just wanted to compete for the win and I wasn’t really looking for an exact time. I had a rough time that I was shooting for, but I just wanted to be competitive, and it was my last race with Sierra, so it’s fun to do it for the team, and it was awesome.”

Decatur said the reaction to Maley’s win was overwhelmingly jubilant. “Everybody was completely overjoyed — crying, screaming, and hugging. Everybody was finding anyone and everyone that was a Longhorn, or in a purple shirt, and hugging them. It was pretty neat.”

Maley competes in cross country in the fall under the direction of Head Coach Ron Lund. Decatur credits Lund, who also works as an assistant distance coach for the track team, for doing “a fantastic job getting those girls to that level of performance.”

She considers herself more of a distance-runner, doing endurance training with a coach in the off-season and running with teammates Bower and Lane. “Running with [them] has been a big help. They are my motivation, and they’re just so fun to run with,” Maley said.

Maley thanked her parents Patrick and Kirsten, for their steadfast support over her athletic career. According to Maley, they have “come to every single one of my races, no matter how far away.” Her older sister and mentor, Megan, is a 2019 BHS graduate and Longhorns standout runner in her own right. Megan is now attending Scripps College in Claremont, California.

This summer, Maley is looking ahead to college prospects, specifically those with cross country and track and field programs. She said that continuing her running career “has always been my goal.”

She also holds two Longhorns records among her many successes: the 800-meter (at two minutes, 15 seconds) and 400-meter runs (at 59 seconds).

When Maley reflected on her season, culminating with winning at state in the 1,600, she said, “It’s like the cherry on top. I have to remind myself that I put in the work, and I’m ready to put my stuff out there and see what I can do and push myself. Even if I blow up, I know I did the right thing in pushing myself because that’s what learning is all about — pushing yourself to the max. I know that with the training I’ve done, that I’m ready to do that.”