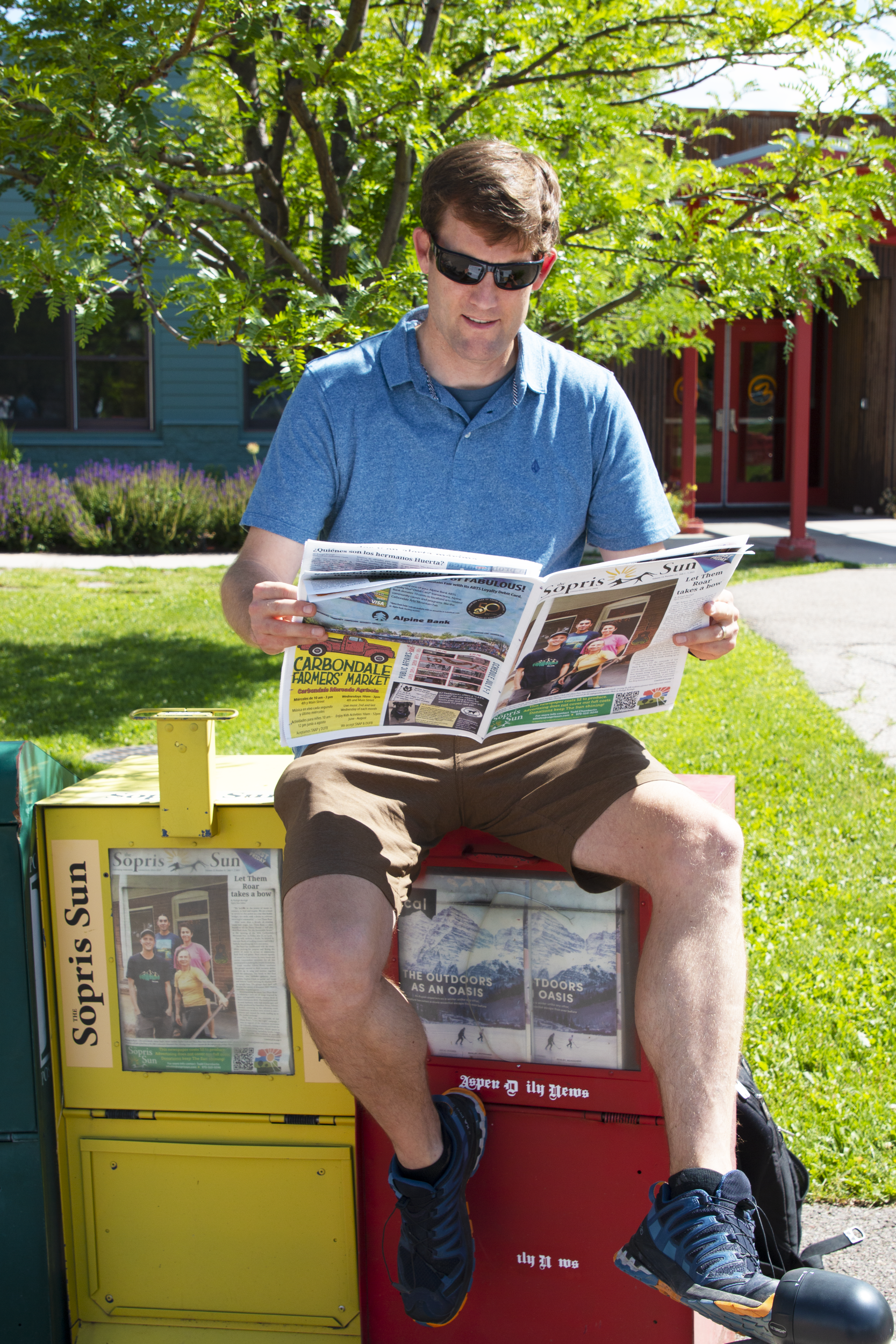 Mayor Richardson perches outside the Third Street Center and peruses The Sopris Sun after meeting with Contributing Editor James Steindler. Rather than dwelling on being misquoted, Richardson opts to move forward and maintain dialogue. Photo by James Steindler.

In last week’s print edition of The Sopris Sun, I misquoted Mayor Dan Richardson in a News Analysis regarding the town’s response to the Christmas Eve incident and, more specifically, the community forum which took place on Tuesday, June 29.

During the forum Richardson offered to explain why a formal apology has not been given to Michael Francisco, the gentleman confronted by police and taken to the floor of the Carbondale City Market on Christmas Eve 2020. In last week’s print edition, Richardson was misquoted as saying, “I wouldn’t know what to apologize for,” when in fact he said, “I don’t know how to do that [apologize] yet.”

Words have an impact, especially when published in the local paper and each time I write an article I wonder what the subject(s) interviewed in the article will think of it. Did I do their part justice? In this instance, Richardson viewed the incorrect quote and ruminated on it before I personally brought the mistake to his attention.

The morning after going to press, Dan replied to an email saying he, “read the online version last night and have been tormenting myself for making a statement that I obviously didn’t remember correctly.”

“What was written didn’t come off to me as empathetic or understanding of the situation,” says Richardson, “What apparently I did say was closer to what I was trying to convey, and that is how to convey an apology or anything about the event is challenging.”

“Knowing that it was going to be in print for a week, once I learned that it was a misquote, I was bummed,” he tells The Sopris Sun.

“Now there’s the potential of a civil case,” says Richardson. “Rather than charges on a specific individual, it’s a town at stake and anything we say, anything a community member says, can impact that case.”

“I think there is greater risk in anything we say right now,” he explains, “with that said, I also think we have a responsibility to talk about the case as best we can.” Richardson admits that he has a layman’s understanding of law enforcement and looks forward to learning more from the third party professional slated to evaluate the incident.

“I’m sorry Michael Francisco went through that, I’m sorry things played out the way they did, I’m sorry that we had a role in it and we weren’t able to resolve it in a better way,” he expresses, “but beyond that, then I’m playing judge and I’m saying what specifically we did wrong and I don’t know that, I don’t know that yet and that’s why we’re having this third party evaluation to tell us that.”

“I don’t really know how racism played into it but what I do know in talking to Michael Francisco is that he has experienced racism and this is another incident where a Black man was singled out and we can’t help but think about if and how racism is involved,” the mayor notes.

When asked how this case fits in with his time as mayor, he responds, “I think it’s been the most difficult challenge for me.” When it comes to his impression of Francisco, Richardson describes him as “resilient.”

As a journalist, I strive to report the truth and I assure the readers that if and when I make a mistake, I will address it.