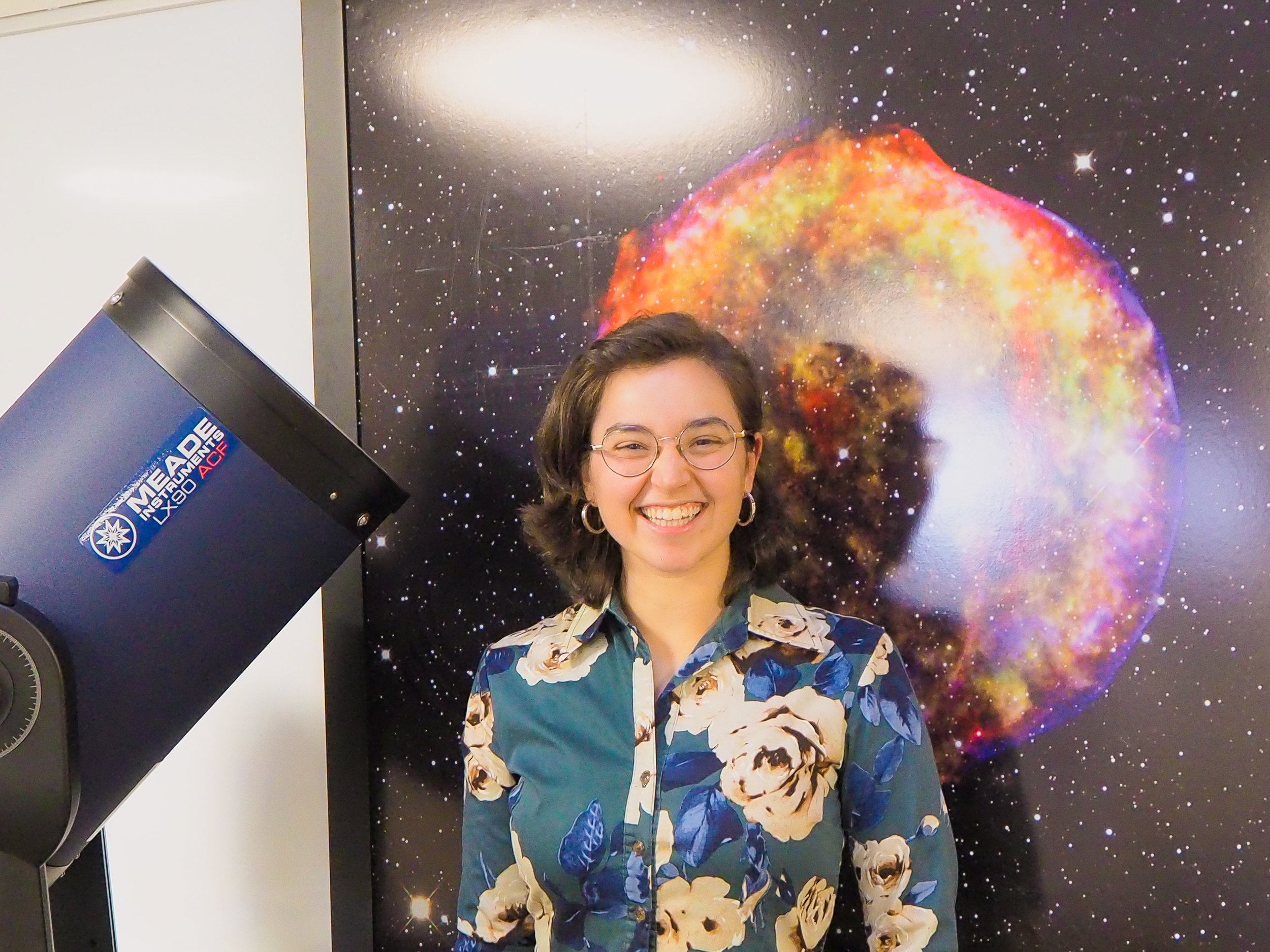 Aspen Science Center, a nonprofit formed in 2005, has a new executive director to carry forward its mission of “advancing the public understanding of science through life-long discovery, exploration and education.” Anna Voelker (who goes by the pronouns they/them) comes by way of Ohio State University, where they founded SciAccess — an initiative to improve accessibility and inclusion in STEM fields. The acronym STEM signifies “science, technology, engineering and mathematics. At only 25 years old, Voelker lends a wealth of enthusiasm and experience to their new role.

“It’s not just about making these things open to people with disabilities,” they told The Sopris Sun, surrounded by neatly categorized supplies in the nonprofit’s Third Street Center office. “It is also about receiving their skills that we would not otherwise have.”

SciAccess, which began as a conference funded by Ohio State University’s President’s Prize in 2018, has since grown into an international initiative. The 2020 conference attracted over 1,000 participants representing 46 countries. Voelker informed The Sopris Sun that they had to time the involvement of scientists in Antarctica to coincide with the passing of a satellite beaming internet from above.

The idea for SciAccess first came to Voelker from a “Shakespeare and Autism” class that they attended at Ohio State. Witnessing affirmative inclusive action in the arts, they recognized a need to address the lack of diversity and visibility in the sciences for people with disabilities. “Accessibility doesn’t have to be costly or complicated,” they explained, highlighting initiatives by Zenith to include blind people in the field of astronomy by printing tactile star maps. The luminosity of a star is indicated by its thickness for these handheld galaxies which Voelker introduced to students on a visit to Cape Town, South Africa.

Voelker will continue to work with SciAccess, now a partner organization to the Aspen Science Center, on new initiatives. Notably, applications recently opened for Mission: AstroAccess, a program recruiting disabled people to experience zero gravity during a parabolic flight, dipping and climbing to create weightlessness with the company Zero-G. Anyone 18 or older residing in the United States is invited to apply at astroaccess.org by Aug. 15.

“How will we keep everyone safe and ensure mission success when accidents resulting in disability occur during extended space expeditions?” Voelker asks. By implementing access now, they answer, “not only for inclusion, but for the safety and success of all space explorers.” The initiative is made possible in partnership with Gallaudet University, a school for deaf and hard of hearing people that partnered with NASA to study motion sickness in the late 1950s, and George Thomas Whitesides, Chief Space Officer and former CEO of Virgin Galactic.

So far, Voelker is enjoying their time in the Roaring Fork Valley and gradually becoming accustomed to the drive to work “feeling like I’m driving around in a magazine.” They say that “people are kind and welcoming” and “I love our intern team.” Two high school interns recently assembled an impressive-looking 3D scanner and 3D printer at the Third Street Center office.

In the spirit of inclusivity, Aspen Science Center programming is geared toward all ages. An upcoming Rocket Camp for ages 10 to 13 takes place at Basalt Middle School the week of July 26. Students will build and launch a variety of rockets and learn about the future of space travel. The next New Moon Stargazer Night on Independence Pass — a popular event for families and individuals alike — is on Aug. 7. Astrophotographer Bryan White will carry his multiple giant telescopes up to the continental divide “to see not only rings of Saturn but deep into cosmos nebulae, novae and galaxies.”

For these and other fun, educational opportunities, visit aspensciencecenter.org