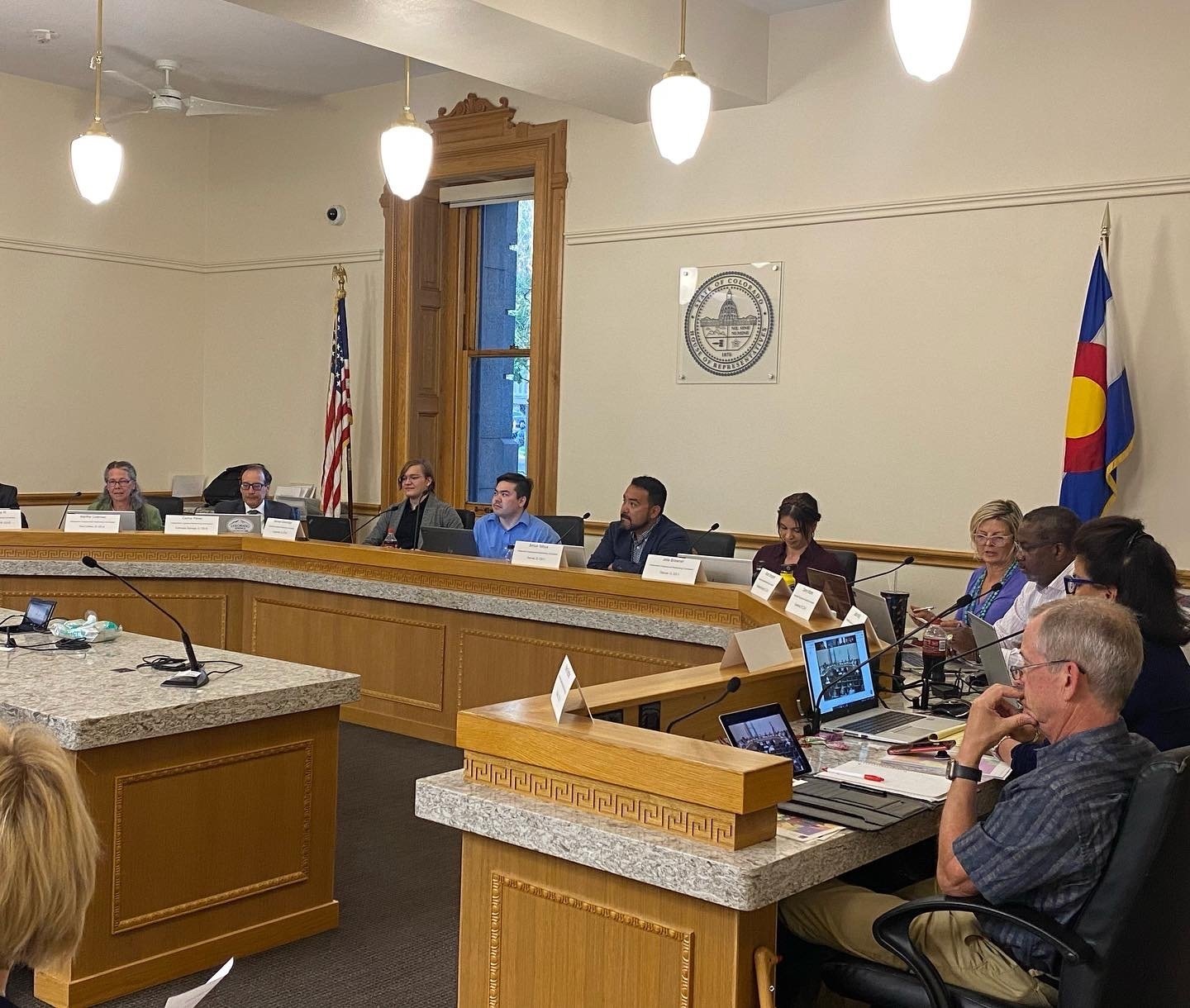 The Colorado Independent Redistricting Commissions (CIRC) will be hosting a public hearing in Carbondale on Saturday, July 31, at 11 a.m. in the Community Room at the Third Street Center. The hearing allows community members to learn more about the redistricting process and to have input during a public comments session.

Due to population growth, Colorado will gain a seat with an eighth federal congressional district. If approved, it would include the northern Denver-metro suburbs of Thornton, Arvada, Westminster and Broomfield.

On July 9, Blanca Uzeta O’Leary, an Aspen attorney and legislative CIRC commissioner and other commission members, began a 32-city roadshow with public hearings in the Eastern Plains city of Lamar and ending in Sterling. They are visiting communities across Colorado with the intention, O’Leary said, that every commissioner attends all public hearings, whether in-person or remotely via Zoom.

“They call it ‘the roadshow’ because it truly is,” O’Leary explained. Having finished two weeks on the road, O’Leary admits the pace can be a little grueling. However, with another four weeks of public hearings to go, she is optimistic about Coloradans’ participation in the process.

Recently released preliminary redistricting maps, compiled by the nonpartisan CIRC staff, are based on data from the Colorado Demography Office. O’Leary commented, “It’s not as granular as what is going to happen on August 16, when we’ve received the final U.S. Census data, which will be block by block.”

Commissioners need to adhere to certain discussion rules, O’Leary shared. “We cannot contact staff to talk about maps. Any conversation we have with staff concerning maps has to be in the public hearing, or we submit written comments just like the public does.” She added, “Nothing is done just within a private conversation.”

The commissions are constitutionally required to complete 21 public hearings, but O’Leary explained they are doing 32, adding locations for broader public outreach. She said, “In the Eastern Plains, where we just finished, people were so grateful and appreciative that we actually came there because nobody goes out there. They said, ‘You know that it’s three hours from Lamar to Denver, just like it’s three hours from Denver to Lamar.’ I thought that was really great.”

Each commission has four Democrats, four Republicans and four unaffiliated members. O’Leary said, “We may not all agree, but we are really happy that the voices are being heard from all corners [of Colorado]. Farmers and ranchers are being very strongly heard — so that’s a good thing. Everyone has been civil and gracious and welcoming at all of the hearings thus far.”

Locally, O’Leary said, there has been an increase in the population of Latinos and young people. “Both Carbondale and Glenwood Springs are seeing the biggest change in demographics in the last 10 years, and so we wanted to be able to capture some of that. So that’s why we’re really strongly encouraging people to please come and testify at the Carbondale public hearing,” she said.

O’Leary will present information on the legislative and the congressional redistricting process at a meeting hosted by Voces Unidas de las Montañas on Thursday, July 22, at 6 p.m. via Zoom. Register for this event at vocesunidas.org/ or the Voces Unidas Facebook page.

Sign-up to testify remotely or in-person at the July 31 commissions’ public hearings will open one week before the hearing. Register at the CIRC website: bit.ly/July31CIRC