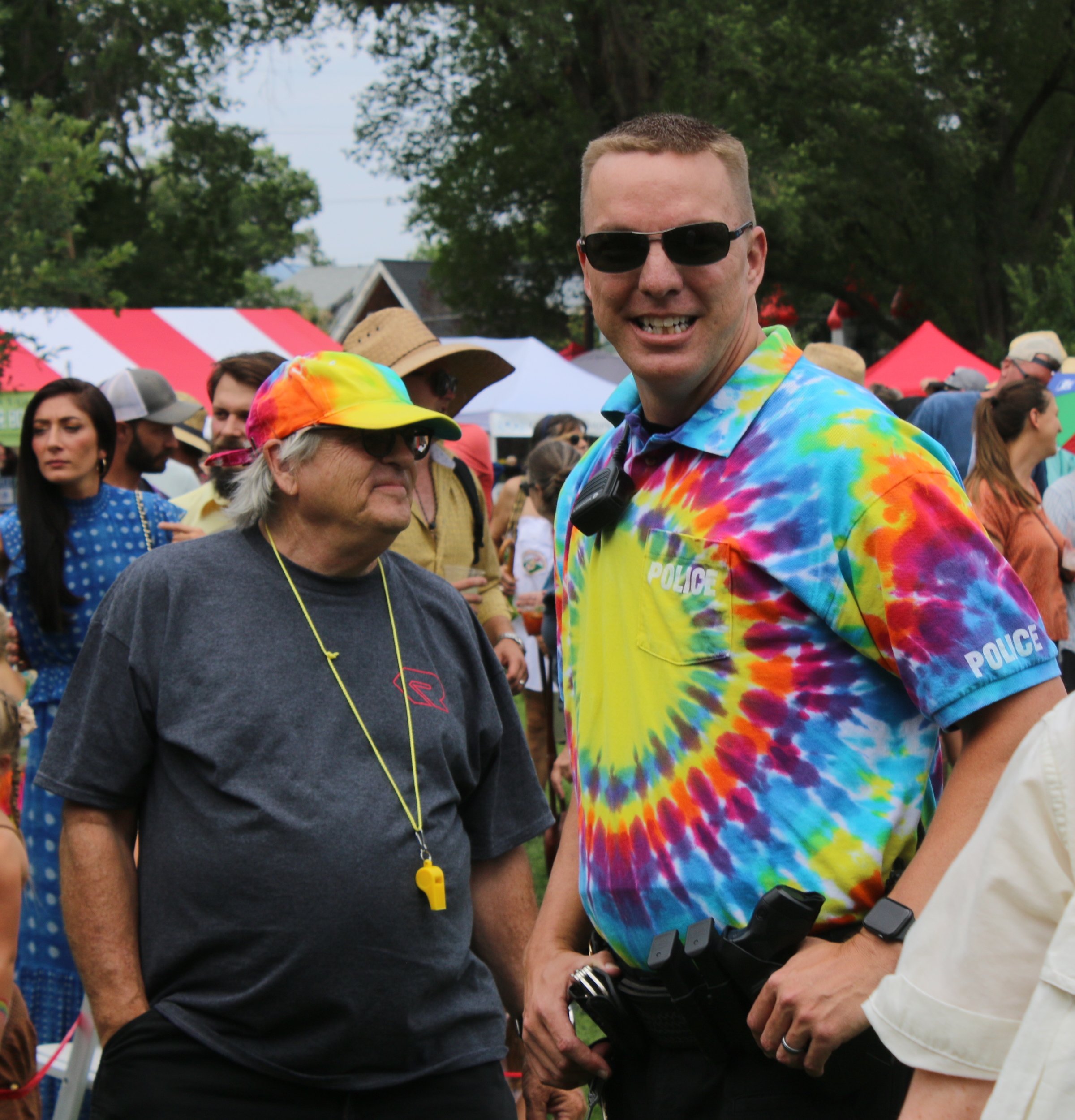 Chief Wilson, in the foreground, and former Chief Gene Schilling prepare for the tug-of-war between CPD and the Carbondale Rural Fire Protection District at this year's Mountain Fair. Photo by James Steindler.

The first-ever Carbondale Police Department (CPD) Citizen Academy was quickly renamed the “Community Academy” so as not to deter folks without U.S. citizenship from participating. That change-up was the result of input given by the first members of the academy — and was one of many suggestions taken to heart by the department.

Citizen academies are not unique to Carbondale. Police departments across the country utilize the method as a way to inform community members about what it’s like to police in their areas. However, this was Carbondale’s first and a unique take on the custom.

CPD — and Chief Kirk Wilson in particular — took this opportunity to listen to the community and receive feedback with an open mind. Wilson decided to do away with the background check component to get into the academy, also at the behest of some participants, so as not to discourage some people from participating.

There was plenty to talk about. Many of the attendees approached the class with a critical eye and asked tough questions throughout the five-week endeavor.

While apparently the arrest of Michael Francisco is not the reason the department put on the academy, it seemed to be the impetus for many who enrolled. When the subject arose, Wilson spoke with some hesitation due to the lingering potential of a civil case against the town. Nonetheless, the discussion was welcomed. Other officers deferred to Wilson on the issue.

The academy was made up of five sessions, each with a it’s own focus, and ended in a final day of simulations.

Attendees learned about Colorado Senate Bill 217 and the onus it puts on law enforcement to hold each other accountable. SB-217 requires that officers log every instance of use of force, intervene when another officer is using excessive force, have body-worn cameras by 2023 and the bill removes governmental immunity (meaning an officer can be prosecuted for misuse of force).

Also noteworthy is that apparently someone does not have the right to leave a scene before an officer gives them permission to do so and, furthermore, they are required to identify themselves at an officer’s request.

While CPD officers fielded hard questions, participants got a taste of what it’s like to be in the line of duty. As it turns out, it’s not an easy task. The last day of the academy was on a Saturday morning, beginning at 8 a.m. Instead of a two-hour classroom setting, it was a half-day of simulations.

There were three scenarios on the final day which participants played out, beginning with a car stop and progressing to a domestic dispute. Up to the point of working through these scenarios it was easy to criticize an officer’s actions or perceive their lack of thinking things through.

However, being faced with having to make split-second decisions in a volatile situation is more difficult than some may think — in fact, it’s quite stressful. The scenarios were not far-fetched and it was evident that they were the types of circumstances that officers deal with a lot.

During the scenarios, each of the officers conveyed that people skills are of utmost importance. On top of worrying about their own and others’ safety as a top priority, officers have to carry on conversations and quickly think of the right questions to ask to get to the bottom of a situation. Take it from this reporter, even in a hypothetical simulation, it takes a lot of brain power to come up with pertinent, off-the-cuff questions, one after another during an aggravating situation.

In a nutshell, the academy was a great way for the police to meet some concerned members of the community and vice versa; both were willing to listen to the other and even reached some mutual understanding.

The Sopris Sun attended the academy throughout but would welcome feedback from any of the other attendees, or future participants, in regard to the course.

For other community members interested in interfacing with CPD, the town will host National Night Out, an annual tradition of bringing neighbors and police together, at Sopris Park and the pool from 5 p.m. to 8 p.m. on Tuesday, Aug. 3.