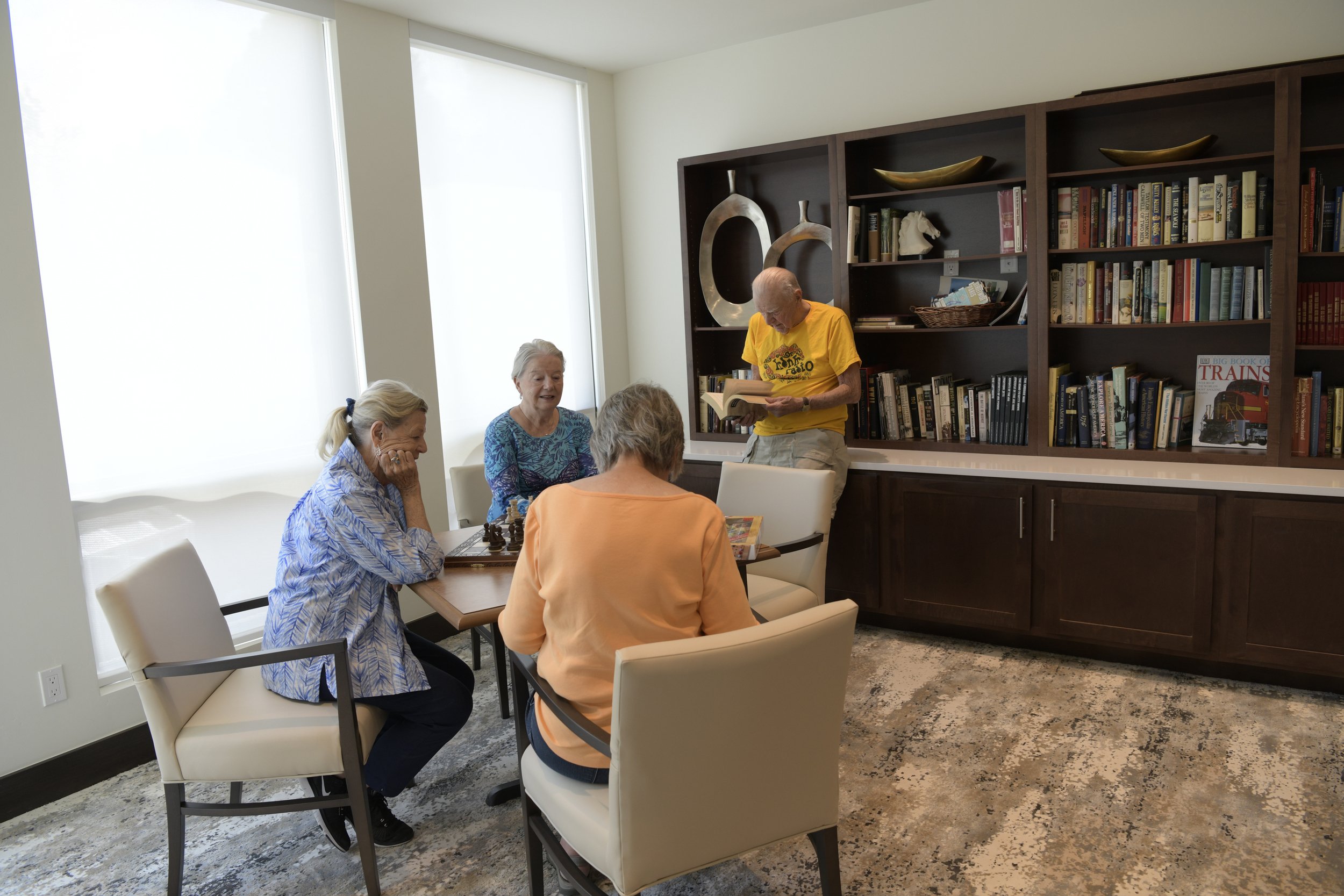 Sopris Lodge in Carbondale officially opened to residents on July 7. Located at 295 Rio Grande Avenue, just north of True Nature Healing Arts and next to the Rio Grande Trail, it consists of one building with 27 independent living apartments. With 24 memory care and 23 assisted living apartments. The other building is scheduled to open for occupancy this fall.

Designed by Z-Group Architects, the building has plenty of large windows and skylights for natural light. The interior design, by Storm Designs, Ltd., offers a tasteful décor with artistic light fixtures and cozy seating areas in communal spaces. Both companies are based in Aspen.

There are also one-bedroom, one-bath and two-bedroom, two-bath apartments available. All units have either a patio space on the first floor or balconies on the second. Apartment features include a kitchen, basic cable and Wi-Fi, washer and dryer, individually-controlled heating and cooling and 24/7 emergency call systems.

Community Relations Director Molly DeMarr said a greenhouse on the grounds is for residents “with green thumbs.” The outdoors also offers a putting green and a therapeutic hot tub. Another amenity coming soon is a meditation room with a view of Red Hill.

Executive Director Mike Luciano said one of the most lauded benefits is their resident chef. Classically trained in his native South Africa, Brett Allais’ culinary skills have already earned him great praise from residents. He offers a selection of healthy meals prepared with fresh herbs and homegrown vegetables from the on-site greenhouse.

Lunch and dinner are served restaurant-style in the dining room. Breakfast is served continental-style with fresh fruits, yogurt, cheeses, sliced meats and pastries.

“I would say, 99.9 percent of the people here have either lived between Glenwood and Aspen for decades or their kids and grandkids are here, and that’s why they’re moving closer,”  stated DeMarr.

The lower level has storage units and soon will have a pool table, a woodworking station and a dog-washing station. Pets are allowed, but Luciano said to call and ask because there are some restrictions.

Julia Whalen, Sopris Lodge Life Enrichment Director, said she would plan “party events for independent living,” which many seniors enjoy. She added that there would be live music events with local musicians.

Luciano admitted there were some project delays “for a host of reasons, but mostly driven by COVID, especially with materials coming from China.”  When asked about the most significant challenge he’s faced, Luciano laughed and answered, “Getting Comcast. Honestly, that has been really the only frustrating thing.”

Vivage is the parent company of WellAge, the operating company for Sopris Lodge’s ownership group, and boasts decades of experience in skilled nursing. Luciano shared, “Their philosophy is: everything is about the residents and we’re trained to understand that we work in their house. This is their home. You have to be a little more reverent and respectful when you’re working in somebody’s home.”

Sopris Lodge resident Art Ackerman is known by many as the host of KDNK Community Radio’s “Swing, Swing, Swing” show since 1987. He shared, “I like the tenants. We’re almost like a family, and we’ve only known each other for days.” He added, “The staff that works here is wonderful.”

Joan Lamont, another resident, said that she and her husband, Bill, moved to Carbondale in 1999 to be closer to their children and grandchildren. When Bill passed away in October 2020, she decided she did not want to stay in their home.

“I think it’s very reasonable, money-wise. I know that Grand Junction has a lot of stuff and places, but I don’t want to live in that heat. And Denver has a lot, but my family’s here in Carbondale,” Lamont explained.

During our interview, Ackerman, in a concerned tone, said, “What would we do if [Chef] Brett got sick?” Lamont offered that she had some dill pickles and Ackerman added that he had ice cream and beer in his refrigerator. He paused and then said, “I’ve got some anchovy-stuffed olives. Joan, do you have gin?”

Sopris Lodge’s age requirement for residents is 55 or older. To request a tour or more information, email soprislodgecommunityrelations@wellage.com or call 970-340-4460.