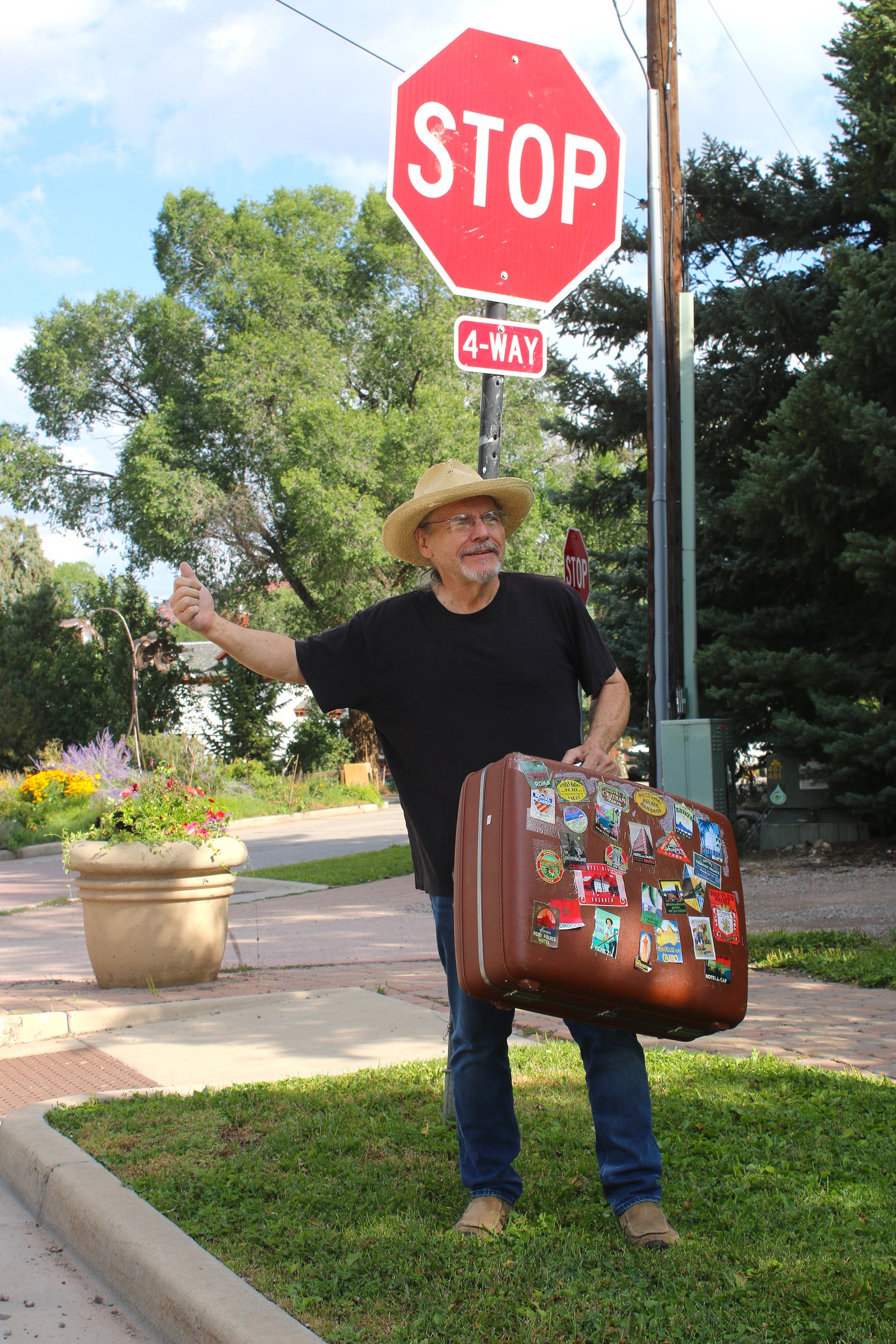 Tom is on his way out of town and toward the sandy beaches of Florida. Photo by James Steindler.

Tom Mercer has lived in the Roaring Fork Valley for long enough to be considered a local by anyone’s measure, and contributed enough to boot. In recent years he regularly contributed articles to The Sopris Sun and while we’re sad to see him go, we’re comforted knowing he’s not quite done with us.

Recently, Mercer and his significant other were faced with having to move from their current home in Carbondale. They began looking for options around town but the skyrocketing rental costs became an inhibiting factor. So they looked out of state, and found a quaint community in Florida (close to the beach) where some of their friends already reside.

If you’re a music fan, you may have seen Mercer slapping the bass with the local group Louie and the Lizards. Mercer has been playing bass since he was 14 and said he’s taking his amp with him to Florida.

In terms of Carbondale’s trajectory over the years, Mercer had this to say, “There’s a lot more congestion and a lot more traffic, a lot of good restaurants and it’s still a beautiful place — that has not changed.”

Mercer grew up in Chillicothe, Illinois, a small town which he compared to Carbondale. “It was a town of about 6,000 people, one swimming pool, one library, one town theatre and on a river. Sound familiar?”

Mercer’s two brothers still reside near where they grew up. Conversely, Mercer wasn’t destined to stay in one place. He ventured to Colorado before, but ended up living here for the first time as an undergraduate while attending Colorado University at Boulder where he studied anthropology.

“I’ve always been interested in how people live and what accommodations they have to make to their environment or their society,” Mercer explained. “It’s very interesting.”

His interest in people never dwindled. After school, he bounced around for a year or so between Boulder and Illinois, then anchored in Boston, Massachusetts for a few years where he worked for the publishing company Houghton Mifflin. “You can view [Boston] from an anthropological lens, and it’s very interesting,” Mercer described. “It’s multicultural, as opposed to the place where I grew up.”

In the early ‘80s Mercer found himself once again heading for the colorful Rocky Mountains. He settled in Glenwood Springs where he managed Rim Rock, a bookstore in the West Glenwood Mall.

“After the bookstore, we started adopting children,” Mercer said, “so I was a stay-at-home dad for a period of a few years.”

After raising two sons, he decided to branch out and support other family units. He worked for the Family Visitor Program for 10 years as an office manager. As reporter Jeanne Souldern explained in the Aug. 12 issue of The Sopris Sun, the Family Visitor Program aims “to ease those nagging new parent doubts by providing free, confidential and customized programs and services to parents of children up to three years of age.”

Mercer later took an administrative position at Valley Settlement — a nonprofit that, according to the organization’s website, “Was started in response to a challenge to identify and address the needs of the fast-growing, low-wage immigrant community in the Roaring Fork Valley.”

“It was important to me to be contributing something of value to the community in my own small way,” Mercer said, “and helping make that organization accomplish that as I did with Family Visitors.” He gave an ode to the late George Stranahan who had a hand in creating Valley Settlement, “It was always a pleasure to see George come in.”

Over the last couple of years, you likely have seen Mercer’s byline in The Sopris Sun. “I needed to do something and feel that I was contributing something to the universe,” Mercer said. He relished the opportunity to get to know people and organizations within the community. “I’ve always had a community focus,” he explained.

Mercer intends to send submissions to The Sopris Sun regarding his small town perspective on living la vida loca in the Sunshine State. So continue to keep an eye out for his byline.

“I really enjoyed my time here, and I’ll never forget Carbondale,” he concluded with a smile.