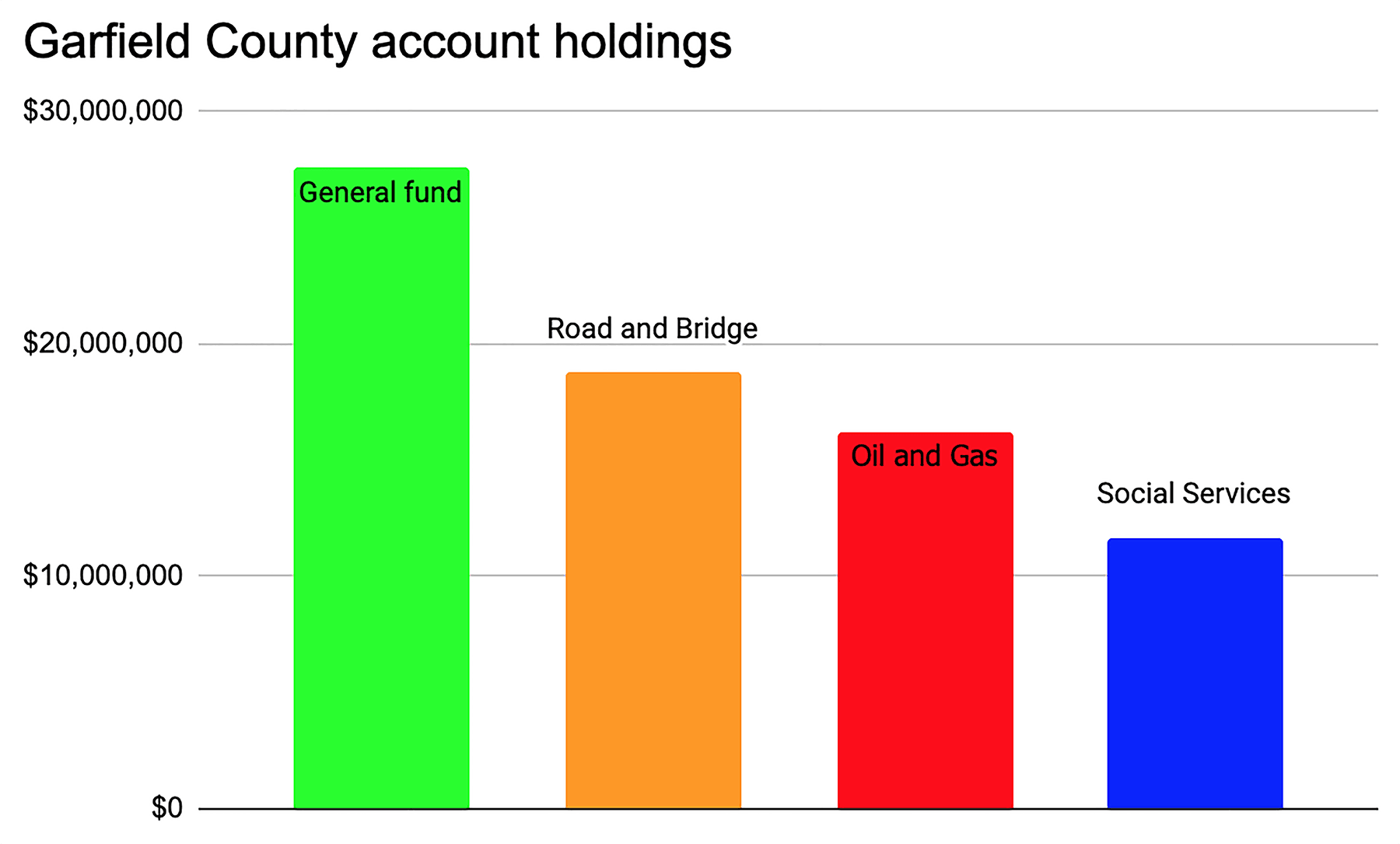 The Garfield County Taxpayer Accountability Project (GCTAP) was formed to monitor the commissioners’ spending, especially from the oil and gas mitigation fund. The Citizen Telegram printed Garfield County’s treasurer’s semi-annual financial statement (for the first six months of 2021) on July 29 which shows that there was more than $16 million in that particular account to begin with.

GCTAP was created by a group of concerned Garfield County residents including Allyn Harvey, a former Carbondale Trustee (2012 to 2016) and Leslie Robinson with the Grand Valley Citizens’ Alliance. Robinson ran, unsuccessfully, for a commission seat in 2020 as a Democrat.

GCTAP ultimately created a website which outlines spending from the oil and gas account with documentation linked to back up their claims. Colorado Rural Voters, based out of Grand Junction, funded the project.

“I’ve been doing some work with Western Colorado Alliance and other groups that are trying to get some strong rules for the oil and gas development in Colorado to protect public health and the environment,” said Harvey. “I watch my county commissioners here in Garfield County begin to spend a lot of money .. .to basically fight the new oil and gas rules that were mandated under Senate Bill 181.”

Since 2019, following the Colorado Assembly’s passing of Senate Bill 19-181 (SB-181), there have been extensive rulemaking efforts with various interest groups at the table.

One of those groups is the Western and Rural Local Governments Coalition, which opposed SB-181. It is made up of 23 counties and municipalities, with Garfield County paying the coalition’s bills. At a July 6 Garfield Board of County Commissioners meeting, Chairman Martin said, “Since we are the lead, we go ahead and pay that particular bill.”

According to the GCTAP website, “Approximately $1.8 million (and counting) has been allocated on expensive out-of-town PR agencies, high-dollar Denver attorneys and other consultants to fight common sense public health and environmental protections from oil and gas development.”

The website shows that the commissioners spent $237,677 fighting “to overturn a new rule specifically designed to protect air quality in neighborhoods and schools that are within 1,000 feet of oil and gas wells and other infrastructure.” The commissioners’ case was thrown out by a Denver-based District Court judge in August 2020. Harvey contended that the new rule was especially important to folks living near gas wells in the Battlement Mesa area.

“Despite this failed lawsuit, the county continued to pay Denver law firm Davis, Graham and Stubbs a total of over $1.2 million between July 2019 through December 2020,” the website continues.

“We [Garfield County] basically bank-rolled all of this work for all of these other jurisdictions and arguably the fossil fuel industry as well,” said Harvey, “and why are we paying for all of that?”

According to Harvey, it was not difficult to track down financial records during his investigation. “I’ll give the county credit, they have a very easy to use open records system,” he said.

Commissioner Tom Jankovsky says that he’s taking GCTAP efforts with a “grain of salt.” He further argued, “I just know that it’s primarily funded by the Democratic party and the Grand Valley Citizens’ Alliance and both are anti oil and gas groups.”

However, Jankovsky does not deny the expenditures. He stated that Senate Bill 181 “with its rules and regulations didn’t quite destroy, but slowed down the natural gas industry on the Western Slope and the Eastern Plains.”

The commissioner pointed out that a large sum of property tax comes from natural gas wells throughout West Garfield County. He added that funding into the account has dwindled, “there are really no new funds coming into that fund at this time,” but, “there are reserves that we set aside when the industry was stronger.”

Jankovsky stated, “Property taxes from the oil and gas industry have dropped $5 million a year for the last three years … that’s just for Garfield County.” According to the commissioner, Garfield County is the second largest natural gas producing county.

Jankovsky stated that he has not reviewed the GCTAP website but that the group’s estimated $1.8 million in expenditures sounded about right.