The Sopris Sun looks to the future 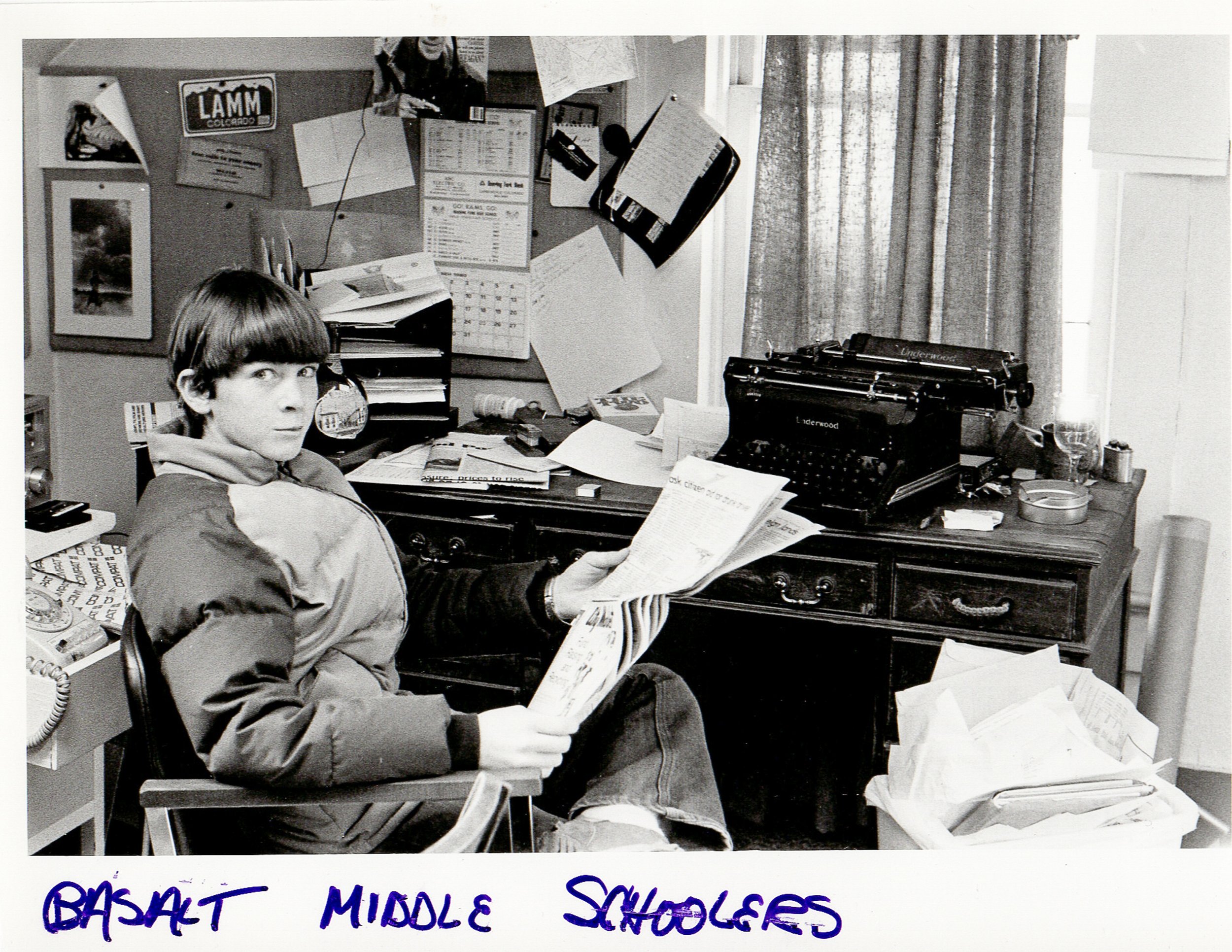 From the Valley Journal archives, local newspapers have long sought to engage youth with the values of journalism. File photo.

Earlier this year, The Sopris Sun decided to formalize an aspect of the nonprofit publication that has long been an important part of its character. In addition to informing, inspiring and building community, The Sopris Sun seeks to nurture the practice of journalism through cultivating new and diverse talent.

“Locally, you’re doing a service for your community by being a reporter or photographer or somebody that works for the paper,” said Jeanne Souldern. “News happens always and you can choose to be a part of presenting it to your community.”

Having freelanced with The Sopris Sun for years, Souldern was chosen to lead the nonprofit’s new education program. In this initial year, the program will begin with a cohort of six high school students, meeting on Wednesdays in Carbondale from 3 p.m. to 5 p.m. Thanks to donor support, the class is offered free, with the long-term goal of launching and sustaining a new publication — printed within The Sopris Sun — that gives voice to the valley’s youth.

“I think if we listen to what they have to say, we will get more out of this than they will,” said Souldern. “We will learn what they want out of a newspaper.” She gave the example of the program’s first applicant, who suggested that it would be nice to see more humor in the newspaper. “I thought, that’s a revealing answer! Maybe there should be more lightness here and there. Maybe we need more balance.”

Each week will be dedicated to a different aspect of the newspapering business with a guest presenter or two providing insight. Topics include: ethics, interviewing, photography, cartooning, layout and design, advertising sales and printing and distribution.

The second hour of most sessions will involve “workshop” time for students to apply their interests and lessons toward producing original content that is fit-to-print.

Megan Tackett, Aspen Daily News editor-in-chief, is one of several local talents tapped to offer perspective to the program.

Of the importance of cultivating new journalists, Tackett said, “It’s nothing short of ensuring the future of American democracy.” Acknowledging how dramatic that may sound, she continued, “Freedom of press is the first amendment, and for a very good reason.”

Tackett herself is a “Sopris Sun success story.” Although she studied journalism formally at Ohio University, those skills were not directly put to use until she began freelance work with The Sopris Sun.

Soon after graduating from journalism school in 2008, the recession spurred what Tackett called “a collective existential crisis … not dissimilar to this moment I think we find ourselves in now, thanks to the pandemic.” Responding to the economic chaos of that time, Tackett found work with the St. Regis Aspen Resort and joy in the ski bum lifestyle. Some years later, she moved to the Front Range and established a marketing agency while becoming a certified college test preparation tutor.

“When I came back to the valley, I had sort of written off journalism as a career path,” she admitted. “I sort of had shut that door, which is really a travesty. I was so passionate before.”

Thankfully, Tackett happened upon then-Sopris Sun Editor Will Grandbois at a mutual friend’s gathering in Redstone and the two clicked. She enjoyed a “safe entry” into the newspaper world while maintaining her more lucrative business as a tutor. Freelancing with The Sopris Sun offered “an immediate connectedness, a portal to home that I had otherwise been missing for some time.”

Later hired as the paper’s part-time reporter and a talk show host on KDNK Community Radio, Tackett went on to work for the Aspen Daily News reporting on the “courts, crime and plague beat,” she joked. In the throes of the pandemic, Tackett rose to her current role as Aspen Daily News editor-in-chief in October 2020.

“Empowering the next generation is just that: empowering.” Tackett said. “Problems that face them are big and scary.” Referencing climate change, she continued, “It’s possible for an entire generation to succumb to a sense of helplessness. Journalism is an avenue for people to feel less helpless and less voiceless in the void.”

And, of course, there are fun parts too. “If I have a burning question, I get to call the world’s leading expert and that expert picks up my call. That aspect of it is really fun for me.” She mused, “Then, there’s the more obvious avenues. If you’re a music hound and become an arts and entertainment reporter, it may not be long before you find yourself interviewing your idol.”

And, of course, there’s the lifelong friendships forged over passion for the mission and making deadlines, despite every challenge.

“To write a legacy for a community is monumental,” said Souldern. “Being the scribe, the recorder — it’s important. It’s a part of our history.”

The Sopris Sun’s youth education program is open to any and all high school students with interest in writing, photography, business, communications and/or graphic design. Applications are due by Sept. 8 at soprissun.com/future

Donations to support the initiative are welcome at soprissun.com/donate or by check at P.O. Box 399, Carbondale, CO 81623.