You can feel it in the air – Rams fall sports are back! 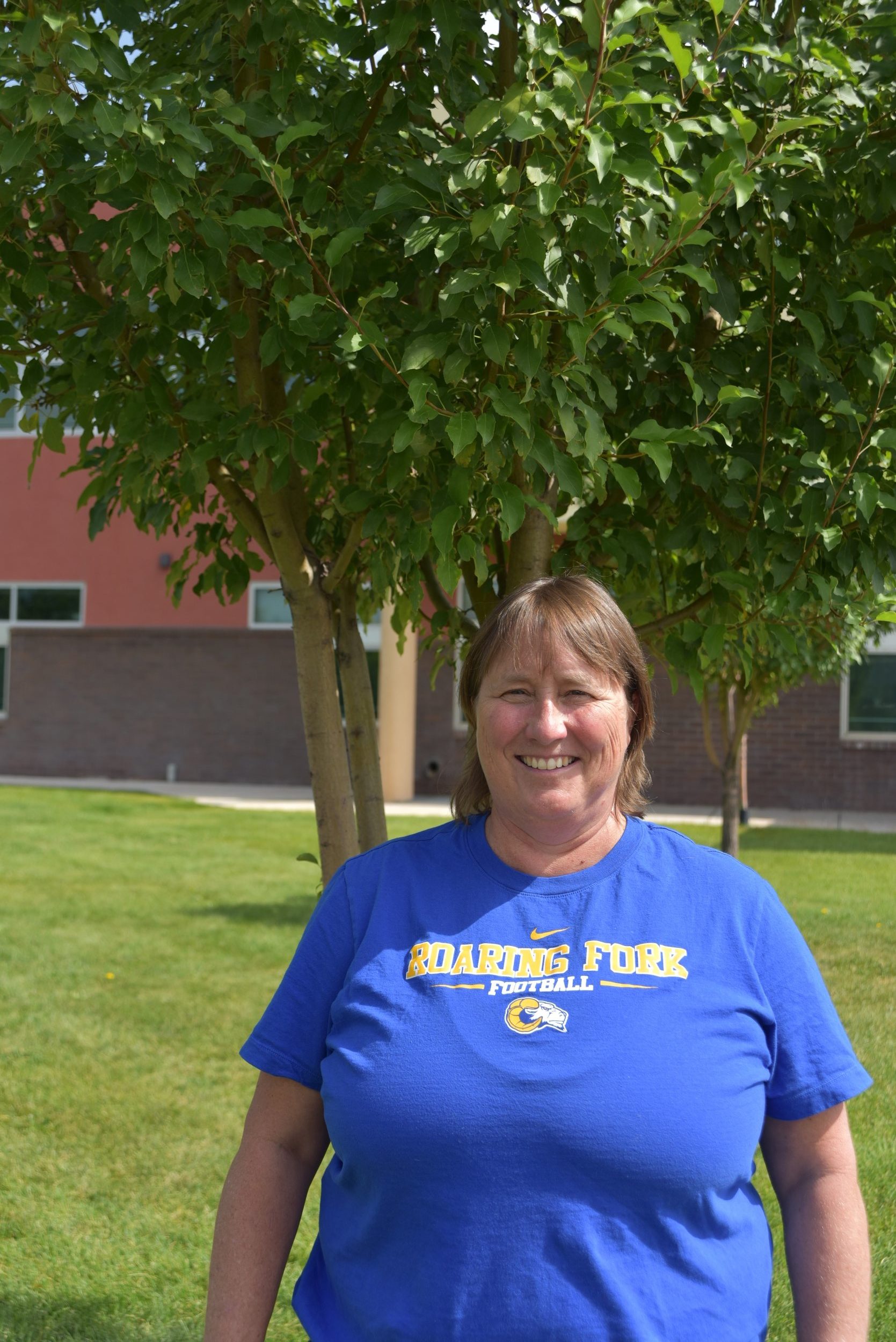 One of new RFHS Athletic Director Crista Barlow's focuses is on increasing community support for Rams student-athletes, saying, "We should celebrate our kids – they are awesome." Photo by Jeanne Souldern.

You could feel it in the air this week – the dial clicked over to “fall.” With that comes the excitement of the Roaring Fork High School (RFHS) Rams fall sports season.

New beginnings at RFHS include a new athletic director, Crista Barlow. She is known to many in Carbondale’s sports community, with 22 years of experience as a soccer coach. With that coaching connection, she knows many of the current Rams student-athletes and their families. Her sons, Ross, who is a senior, and Jake, a sophomore, both attend RFHS.

Barlow grew up in Brookfield, Wisconsin, near Milwaukee. She played soccer while attending the University of Michigan and moved to Colorado in 1999.

One of Barlow’s aspirations this year is to boost fan support. She said, “I want us to come together as a school and support each other in all the sports.”

COVID precautions this season, handed down from the Colorado High School Sports Association (the governing body for Colorado high school sports), are limited. Football and boys soccer are outdoor sports and will not require face masks for players, coaching staff or fans. Girls volleyball, because it is indoors, will require face masks for players, coaching staff and fans. There will be no limit on the number of fans attending games.

The Rams home game season starts with girls volleyball, on Thursday, Aug. 26, in a 6:30 p.m. varsity contest against the Coal Ridge Titans.

Returning Head Coach Karen Crownhart said the team would go into tournament play straight off, with the Glenwood Springs Invitational on Aug. 28 and the Demon Invitational on Sept. 3 and 4.

Crownhart explained, while the team had many graduating seniors last season, this year, “with a super-young group, we’ve spent a lot of time just trying to do some bonding and get to know each other and how each other plays.”

With only seven of their 23 scheduled games being played at home, Crownhart said, “It would be nice to get fans for those home games.”

Head coach Nick Forbes said, “We’ve had the better of them [the Basalt Longhorns] the last couple of years, but every game is a new game, and so we’re excited to start our season against a team that we’ve known pretty well and has a lot of history.”

Forbes is optimistic about what he has seen from the team so far. He said, “This is easily one of the most focused groups coming in. They’re highly motivated. All the seniors are showing incredible leadership to keep that motivation going and keep those younger classmen with their eyes on the prize.”

Friday night lights are back with the football Rams playing their home opener against the Peyton Panthers on Sept. 3 at 7:30 p.m.

Eric Bollock, Rams head football coach, recapped last year’s football season, saying, “They did an amazing job, and they battled. All you can ask of an athlete is that they do the best they can and don’t give up. That’s competition. They learn to fight through it and accept the outcome.”

As the football program rebuilds at RFHS, Bollock shared, “We’ve got no shortage of athletes that get the game and love the game.”

Fall is here, so get your favorite sweatshirt out and head on over to support your local team. As Barlow emphasized, “I would love to get the community back and supporting sports and more people coming to games.”

And, while you’re at it – mark your calendars for the homecoming football game on Friday, Oct. 22, versus the Gunnison Cowboys