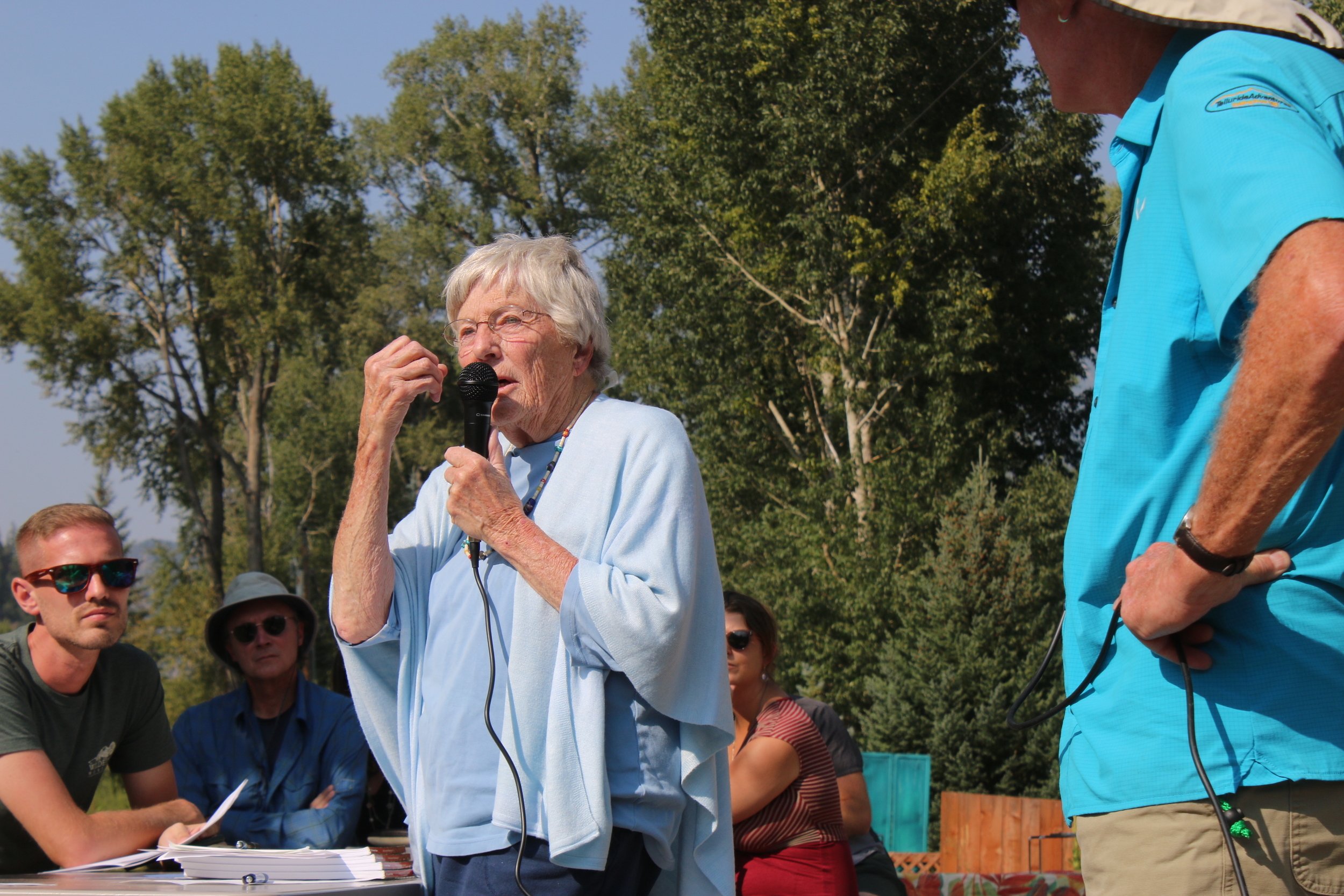 On Aug. 29, the Crystal Valley Environmental Protection Association (CVEPA) board conducted their annual public meeting at Propaganda Pie in Redstone. Longtime Western State University professor of history Dr. Duane Vandenbusche was the keynote speaker and focused on the importance of water conservation in the West.

CVEPA formed in 1972 in opposition to a proposed ski resort slated for Marble. During last week’s Everything Under the Sun radio show, CVEPA board president John Armstrong claimed that the hypothetical ski town, “would have been developed to the size of the city of Grand Junction.” At the time, CVEPA’s forward-thinking group was made up of mainly women who, despite contempt from neighbors that welcomed the idea of a chairlift in their backyard, triumphed in preventing developers from acquiring Forest Service permits to build the ski area.

CVEPA has continued to fight for environmental preservation in the Crystal Valley, including stamping out the proposed Placita Dam which would have diverted water from the Crystal River. They continue the fight today, confronting issues ranging from their push for “wild and scenic” designation for the Crystal River, to mitigating ATV use on the Lead King Loop and checking every rock unturned in-between.

About 50 people attended the meeting along the riverbank behind Propaganda Pie. Once the board meeting convened, folks grabbed specialty slices of pizza, filled up their cups with beer and hurried back to their seats to listen to Vandenbusche speak.

Vandenbusche skipped the use of a microphone and relied on his deep and loud professorial voice. He walked up and down the riverbank expounding on his knowledge of the history of water use and politics west of the Mississippi River.

“The day, I think, is fast approaching when we will see the great eastward movement,” because, as he repeated several times, “there’s not enough water [in the West].” He stressed that water conservation is essential to preserve life as we know it. “Today, in 2021, the water situation in Colorado and the West is dire,” said Vandenbusche, “D-I-R-E. And underline that seven times.” To view a copy of Vandenbusche’s speech, visit gunnisontimes.com/articles/water-the-lifeblood-of-colorado

After the professor, Christopher Cox – current owner of the Crystal Mill – spoke of his plans to harness Bear Creek’s flows for a hydro-powered resort of 20 structures on the property. He intends to conserve roughly the other 85% of it. Furthermore, Cox plans to donate the Crystal Mill for historical preservation. He stated that the Crystal Mill Foundation, formed in 2020, disbanded but assured that all of the money fundraised in that effort would go toward preserving the mill. Cox and his business partner openly fielded a number of questions from the crowd.

In contrast, Katey Todt of Lewicki and Associates, a geologist and senior consultant for Colorado Stone Quarries (CSQ) – the Italian company which heads the active mining operation at Marble Quarry – was relatively tight-lipped. Todt was the last speaker and specifically would not divulge information regarding the company’s plans for compensatory mitigation efforts as directed by the Army Corps. “I can’t talk too much about the Army Corps process because we’re still in the middle of that application,” said Todt, “the case is not closed yet.” When asked if they had a timeline, she replied, “not definitely.” Armstrong stated that to get any information CVEPA has had to file a Freedom of Information Act (FOIA) request to the Army Corps. Todt stated that CSQ has also had to issue FOIA requests to the Army Corps.

Todt did inform attendees that CSQ would continue to mine the Franklin Quarry which is at the mine’s surface for the next 15 years. She added that their mining permit for the entire quarry is good for 100 more years.

Before the meeting adjourned, Armstrong made it clear that CVEPA needs young people to join in their efforts and become future environmental stewards for the Crystal River Valley. For more information about CVEPA and to apply to become a board member, visit CVEPA.org