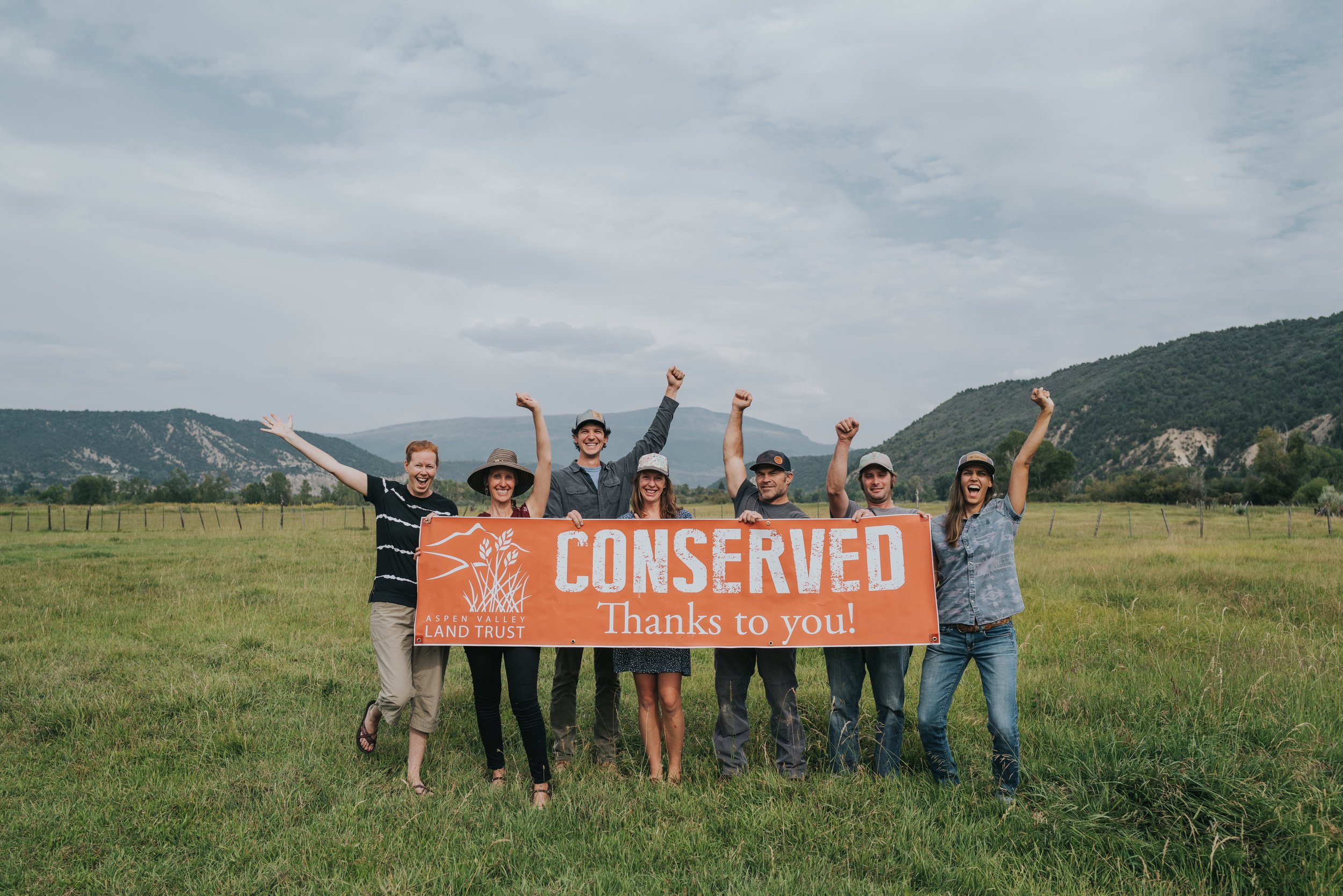 On Tuesday, Aug. 31, a handful of giddy Aspen Valley Land Trust (AVLT) staff members gathered at the Coffman Ranch, 1.5 miles east of downtown Carbondale. They were there to celebrate the organization’s purchase of the verdant property from longtime owners Rex and JoAnn Coffman.

The Coffmans purchased the property in the 1950s from the Cerise family. An old barn remains from their former dairy operation, though for the last 30 years or so they’ve leased their pastures to Bill Fales of Cold Mountain Ranch for his cattle operation. A conservation-minded family, the Coffmans, and their children, decided to sell their property at a discount to the local land trust.

The purchase has been in the works since 2019, though AVLT and the Coffmans first collaborated over a small conservation easement on the property in 2003. AVLT usually doesn’t purchase land outright, instead buying conservation easements on privately owned parcels. But, according to AVLT staff, the Coffman Ranch is so uniquely precious they decided it warranted a more hands-on approach.

Another compelling feature of the Coffman Ranch is ample senior water rights, which are now also protected by AVLT’s ownership and the associated conservation easement that was purchased by Pitkin County Open Space and Trails. The water rights are on the Union and Slough Ditches and date back to 1884. According to Suzanne Stephens, AVLT’s executive director, “A big part of why Pitkin County got involved in funding [this project] is because by protecting these water rights, it basically ensures that this water has to run through the Roaring Fork River all the way through Pitkin County to get here. And so, in that sense, it’s protection for Pitkin County rivers and water by tying it down here.”

In addition to fulfilling AVLT’s mission of protecting wildlife habitat, this purchase also preserves agricultural land. The flood-irrigated pastures are currently leased to Bill Fales, who says that the land is important to his cattle operation. “That shoulder season before and after the Forest Service permits are available is a critical time for us to have our cows on nice pasture. They get bred better, more of them become pregnant, if they’re on good feed. And if I can save feeding hay, hay that takes a lot of work to put up, and have them feed themselves, it’s much more economical.”

Over the next few months, AVLT will be working on their management plan for the property. Goals include restoring the western edge of the property, protecting existing wildlife habitat, continuing agricultural activity, creating public access to the property and the river, developing educational programming, potentially expanding food production and, one day, moving AVLT’s offices to the site. While they have brought in enough grants and donations to cover the purchase, that fundraising effort is part of a larger $14 million campaign to support management and future programs at the property.

In an interview, Bill Fales, the Coffman’s longtime leaseholder, reflected on the legacy of the Coffman family. “Rex and Jo and their three kids are being amazingly generous to the community. You could easily see how a billionaire could have bought the property and fenced it off and changed the habitat. Rex and Jo really wanted it to stay as a working ranch and are thrilled that AVLT are going to be doing the work they are going to do there. They really need a lot of congratulations for doing that, and for forgoing getting more dollars, in order to take care of the property the way they see best.”

For now, life on the ranch will continue much as it has in years past. Rex and JoAnn Coffman have a life tenancy on the property and AVLT intends to maintain the existing agricultural leases.

The community will have a chance to visit the property on Sunday, Sep. 19, for AVLT’s “Party in the Pasture.” The event is free, but registration is requested at avlt.org