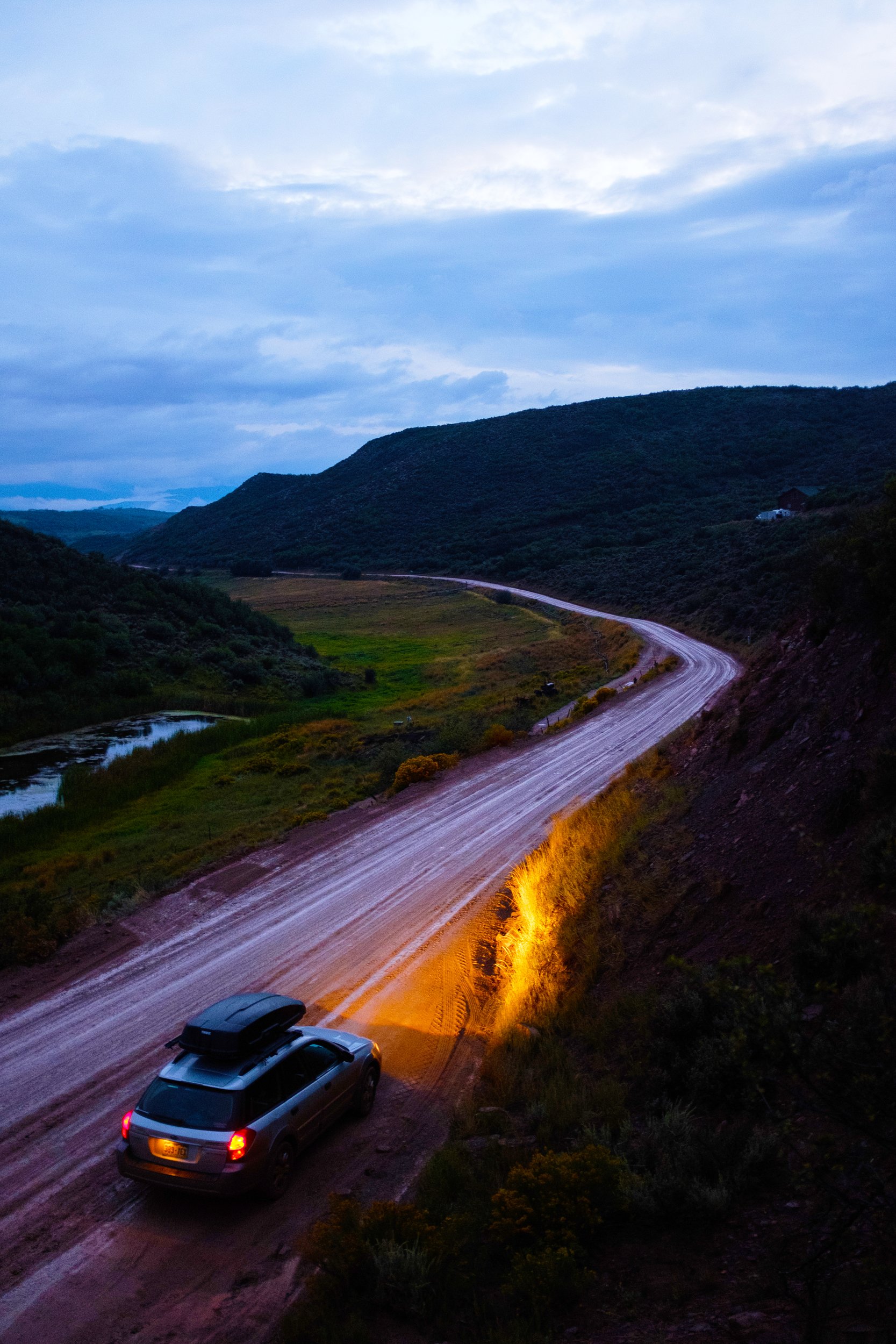 With increased closures on I-70, folks traveling between Gypsum and Glenwood Springs wrestle with where to turn when they can’t take the main thoroughfare through the canyon. Locals on both sides resorted to traversing Cottonwood Pass but were accompanied by large semis and inexperienced drivers amid bumper-to-bumper traffic.

According to Colorado Department of Transportation (CDOT) Communications Manager Stacia Sellers, “CDOT does not recommend Cottonwood Pass as an alternative route.” She went on to share CDOT’s prescribed alternate route, “Westbound motorists from the Denver metro area should exit I-70 at Exit 205 (Silverthorne) and travel north on Colorado Highway 9 toward Kremmling. Travelers will continue west on US Highway 40 and then south on CO 13 to complete the alternate route and return to westbound I-70 at Rifle (Exit 90). Eastbound travelers can detour using the same route in reverse.”

Sellers said that CDOT prioritizes commuter safety over convenience and, “These are the safest alternative routes that can support I-70 traffic, including truckers, RVs and folks who don’t have a lot of experience driving on mountain passes.”

Regardless, commuters traveling to and fro between Glenwood Springs and Gypsum will likely continue to use Cottonwood Pass when I-70 is closed. However, the pass is closed seasonally. With winter approaching, the mountain pass will soon be inaccessible until springtime.

“Cottonwood Pass Road (10A) itself is roughly 15.5 miles long in Eagle County, with just 1.8 miles of that road located in – and maintained by – Garfield County,” according to a Garfield County press release, “Overall, the passage is around 26 miles between Highway 82 and Gypsum Creek Road.”

Because the road is owned by Garfield and Eagle counties, CDOT would not take responsibility for improvements and, “Any changes to the roadway would require county involvement,” said CDOT representative Elise Thatcher.

“We are seeing how connected we are in terms of workforce during this closure,” noted Eagle County Board Chair Matt Scherr.

Garfield County Commissioner Tom Jankovsky echoed Scherr’s point, “We have 40,000 people just here, and I’m sure you have 40,000 people on the other side that have to get back and forth to do business. Whether it’s to see a doctor or because of their work,” Jankovsky said “it’s a huge outlet for us.” He concluded, “I think the issue of Cottonwood Pass is important.”

Cottonwood Pass was included in the drafting of CDOT’s 2040 plan but was not prioritized for the Intermountain Transportation Plan Region. This region is in the western part of Colorado and extends to the Utah border. It includes Eagle, Garfield, Lake, Pitkin and Summit counties.

Eagle County Engineer Ben Gerdes and Road and Bridge Director John Harris put together a presentation for the commissioners from Eagle and Garfield counties. The plan identified six points along the route that would need significant work to make the road safer. The cost for all six projects could total up to $15 million.

Among the most costly of the six projects would be construction on Blue Hill that would require the road be closed during work. According to the Eagle County press release, “The Blue Hill project would be required to allow the pass to become a year-round road.” However, it continues, “Even if all of the proposed projects were completed, the road would still not be considered a permanent alternative route to I-70.”

The commissioners agreed that it is best to keep the route as a county road and not a state highway. The increased use of the route during the Glenwood Canyon closure, brought up concerns for folks whose homes are along the route and wildlife in the area, both of which are not accustomed to that amount of traffic. “The Garfield County roads leading to Cottonwood Pass aren’t designed to handle the increased traffic volume, and many pass uncomfortably close to homes and ranch properties,” reads a Garfield County press release.

In the end, everyone agreed that federal and state funding would be essential to move any proposed project forward.

“It’s not going to be a commercial route,” said Garfield County Chairman John Martin. “It just can’t be. The sheriff’s office would run out of tow trucks.” 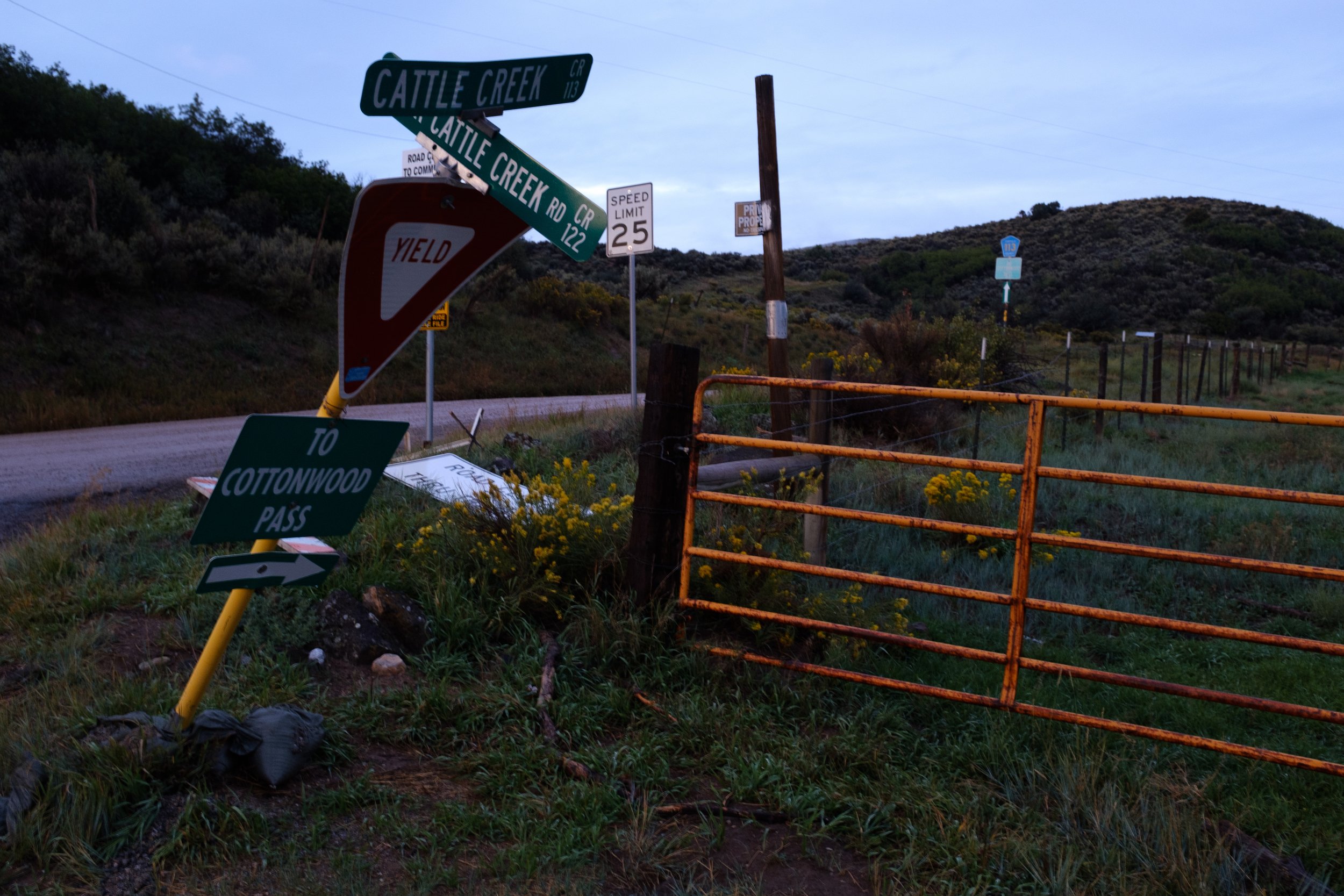