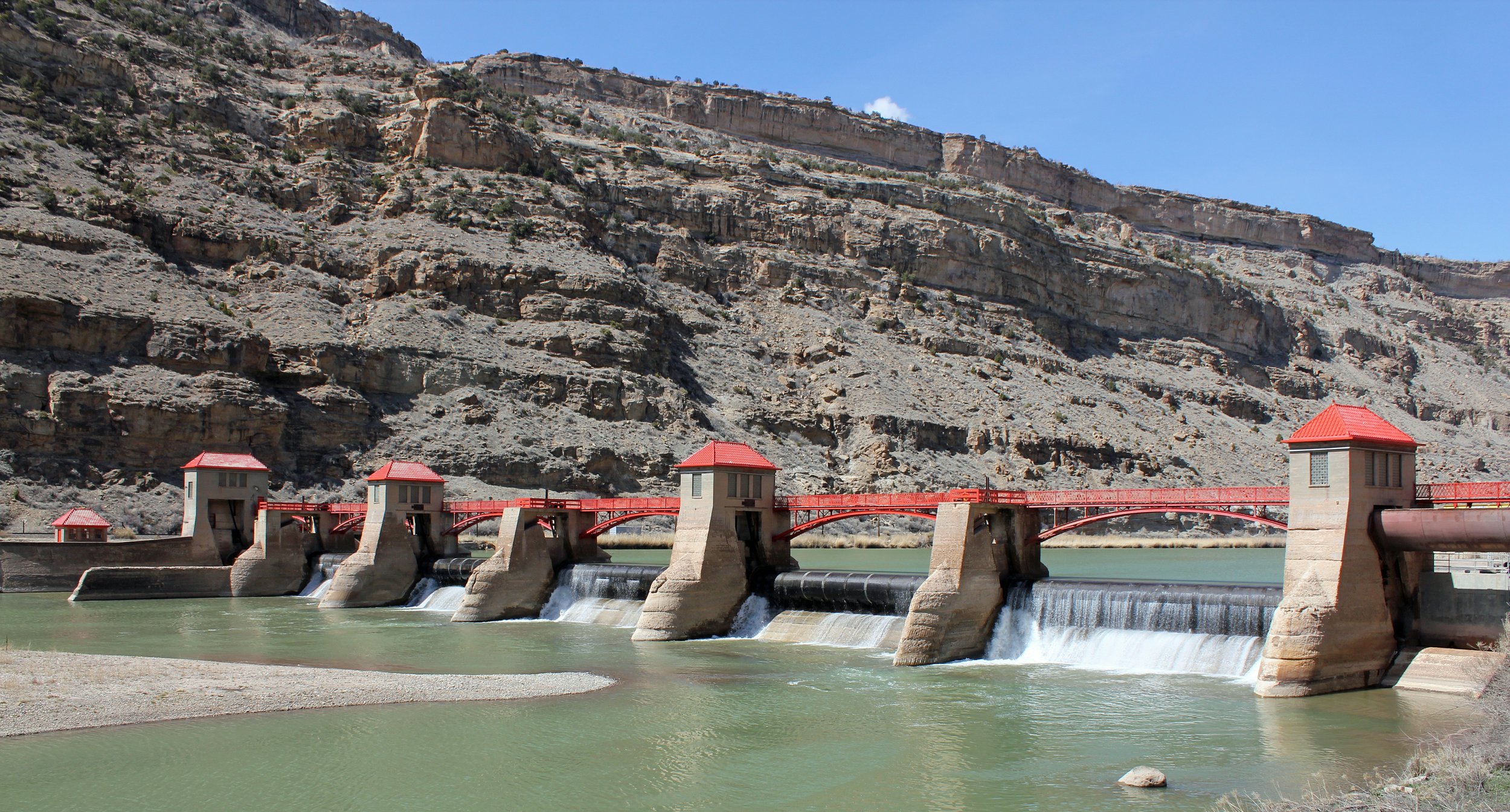 The Grand Valley Project Diversion Dam near Palisade diverts water from the Colorado River into the Government Highline Canal. Photo by Jeffrey Beall.

For the third summer in a row, the Colorado Water Trust (CWT) has acquired water from Ruedi Reservoir to support endangered fish near Palisade. The unique agreement aligns environmental organizations, irrigation districts, federal agencies and philanthropists.

The 1,800 acre feet of water was released from Ruedi Reservoir at the end of August, flowing through the Fryingpan River, into the Roaring Fork River and then joining the Colorado River.

The water traveled to the Grand Valley Power Plant in Palisade, where, after generating energy, the water returned to the Colorado River at the top of the “15-mile Reach,” a section of the river that can experience severe low flows due to major water diversions that support the Grand Valley. During the donated release, the additional water would have accounted for about 20% of the flow in that stretch of river.

Colorado’s water laws follow a “first in time, first in right” prioritization system. However, in-stream flows for the sake of nature weren’t acknowledged until the environmental movement of the 1970s, meaning that the rights of the environment are rather “junior” in priority. Additionally, Colorado’s water laws can make it difficult to increase in-stream flows for just the environment’s sake. This project leverages the historic power plant to ensure the water released goes to “beneficial use” as defined by state water law.

The 15-mile Reach of the Colorado River starts near Palisade and ends at the confluence with the Gunnison River. This stretch is important habitat for four endangered species of fish: Colorado pikeminnow, razorback sucker, humpback chub and bonytail. According to Kevin McAbee of U.S. Fish and Wildlife Service, these fish are “native to the Colorado River Basin and exist nowhere else on Earth.” Depending on the species, they can live 20 to 40 years and grow to be two to four feet in size. When water levels in the river get very low, it’s too shallow for the fish to move around and to avoid predators.

Water managers in the area are invested in the protection of these fish populations because if they dip below a certain threshold, additional federal regulations from the Endangered Species Act could go into effect.

According to the Grand Valley Water Users Association website, their ditches and the ditches of the Orchard Mesa Irrigation District and the power plant have more than 1,500 cfs of water rights. During low-flow periods on the Colorado, these diversions can nearly drain the river.

According to Water Education Colorado, “the Cameo water rights are for large volumes and with seniority, the oldest dating to 1884 and another with a priority date of 1914. Altogether, these ditches draw up to 2,260 cfs from the Colorado River.” The oldest of these water rights dates back to 1884, placing them near the front of the line of water users in the state. A “Cameo call” occurs when these users aren’t getting enough water, with major impacts for the basin.

Kate Ryan, senior staff attorney for CWT explained, “It’s really important to maintain the senior water rights on the West Slope — like the Cameo Call, like Shoshone Power Plant — that call down that water later in the year. If they didn’t call down the water, then the more junior water users on the Front Range might remain in priority, and that would lead to drier conditions on the [West Slope] rivers.” So, though the water users in the Grand Valley do tend to dry up the 15-Mile Reach, their water rights keep water flowing through much of the upper Colorado, instead of traveling through trans-basin diversions to the Denver area.

To that end, as part of this project, CWT has committed $425,000 toward the renovation of the aging power plant. Maintaining energy production at the plant is important to protecting the ability of this agreement to carry water downstream under existing laws.

CWT first created this agreement three years ago, for use only in dry years. They’ve had to implement it every year since. “In the future, ever more creative ways will have to be found to share the water that nature gives,” said Andy Schultheiss, Executive Director at CWT. “In the end, the villain is climate change, which isn’t going away anytime soon and we will have to find ways to adapt to it.”