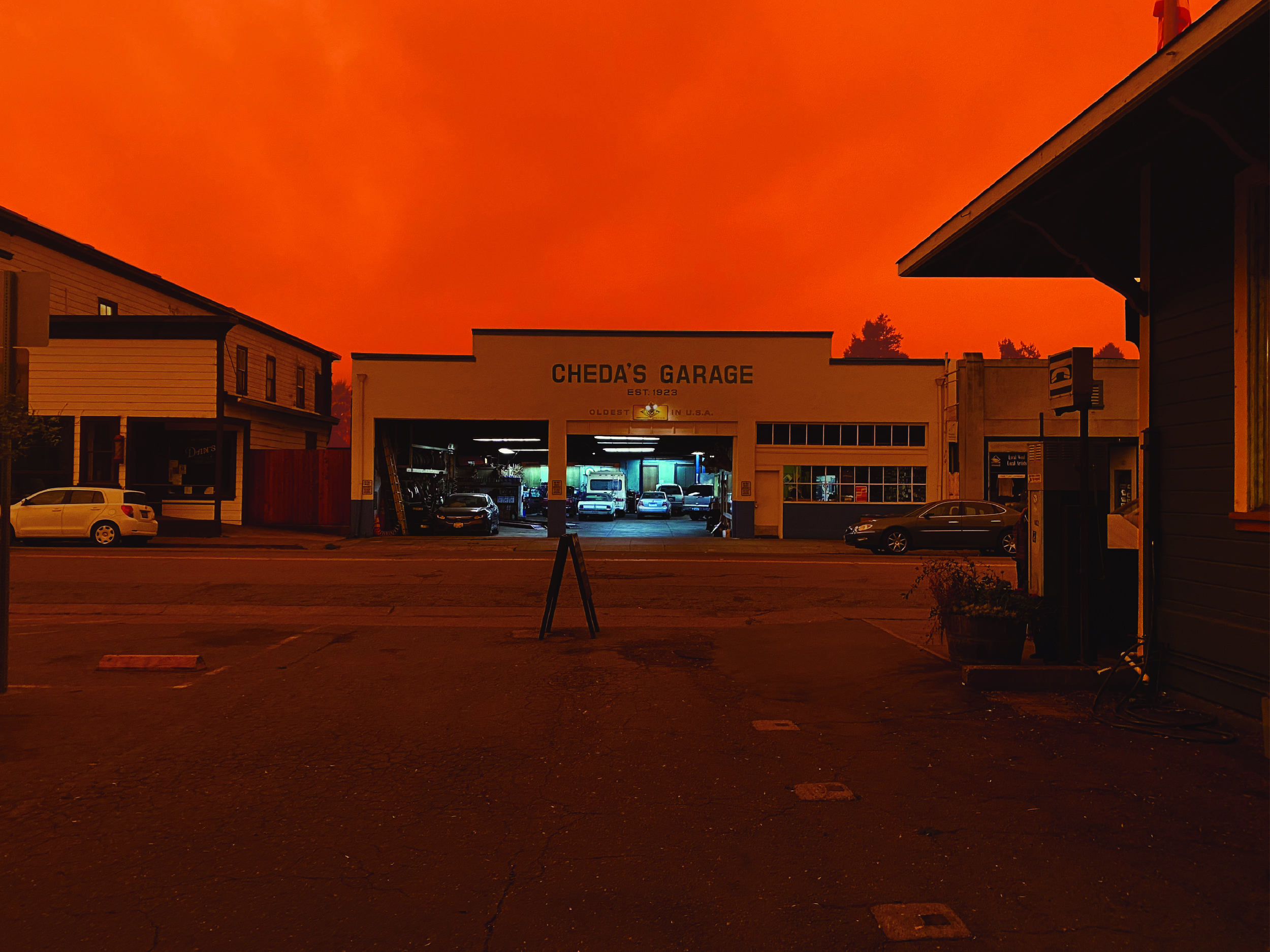 The sun is somewhere hiding

Never seen it so dark before

Only in stories and folklore

Walking on fire, where to go?

Performing under the moniker “Ollella”, Ellie Barber is equal parts artist, activist and educator. She began playing cello at the age of nine and, according to family, she sang before she talked. While studying music at the University of Puget Sound, Barber discovered a passion for environmental science that eventually brought her to the Aspen Center for Environmental Studies.

While living in the Roaring Fork Valley, Barber teamed up with Natalie Spears to form the folk-duo Pearl and Wood. It was a life chapter she describes as living her most authentic self. She was hired by the Aspen Global Change Institute in 2018 and later became their creative director, professionally helping to communicate climate change science data to the public.

“I was struck by the fact that we need to communicate through art to influence people’s minds and hearts,” she told The Sopris Sun. “We have to speak to their hearts.”

Fast forward to 2020, Barber was living in California throughout the pandemic’s early stages. One morning in the Bay Area, a combination of thick wildfire smoke and coastal fog created a surreal effect, limiting the sun’s light so substantially that the sky adopted an eerie orange glow. She called it “the most apocalyptic thing I’ve ever experienced.”

As the signs of ecological degradation become increasingly apparent, Barber continues her work to communicate the complexities of our environmental reality.

“With natural disasters comes sadness, uncertainty, despair. We have to feel those emotions, otherwise they’ll come out another way. Art is a way to feel and grieve.”

Ollella’s new song, unlike any other in her repertoire, opens with backward looping chord progressions on cello, creating an unsettled mood before the dreamlike scene is described. The sound strives to convey the mood of waking up in an upside-down world.

“I can always tell when a song is doing something when I tear up while writing it.” Performing the piece for intimate audiences, Barber received feedback that “Walking on Fire” elicits a relatable emotion.

The repeated lyric, “where to go,” speaks specifically of being evacuated during a pandemic. It also asks a greater question facing countless people: Where to go when the effects of a changing climate are inescapable? “We’re so used to having so much freedom, [and as a country] identifying with independence and autonomy.”

The idea is not to provide an answer to that difficult question, but to release the feeling by giving it articulation. The power of music, said Barber, is “to bring light to complex things without answers and let them sit there — to let people feel those feelings.”

One year after that strange morning, the song will be released. It follows closely on the heels of the latest Intergovernmental Panel on Climate Change report. Notably, scientists warn that even if radical action is taken now to reverse the effects of climate change, the planet will continue warming for decades, even centuries, to come.

“It feels so important to create art through climate change, because our world is this incredibly uncertain thing. There’s so much grieving we have to do,” said Barber.

Now living in Seattle, she incubates her craft while performing where possible. Nowadays, that’s primarily in informal settings, with venues closing once again in response to the persisting threat of coronavirus. “There was this moment in the summer where we all came up for a breath of air,” she reflected. “Tough times for musicians.”

The best way to follow Barber’s work is by subscribing to Ollella’s newsletter, accessible at ollellamusic.com

“Walking on Fire” will be available on all streaming platforms on Sept. 9. Tune in to KDNK on that same day to hear the song premiered, along with an extended interview, on Everything Under The Sun at 4 p.m. 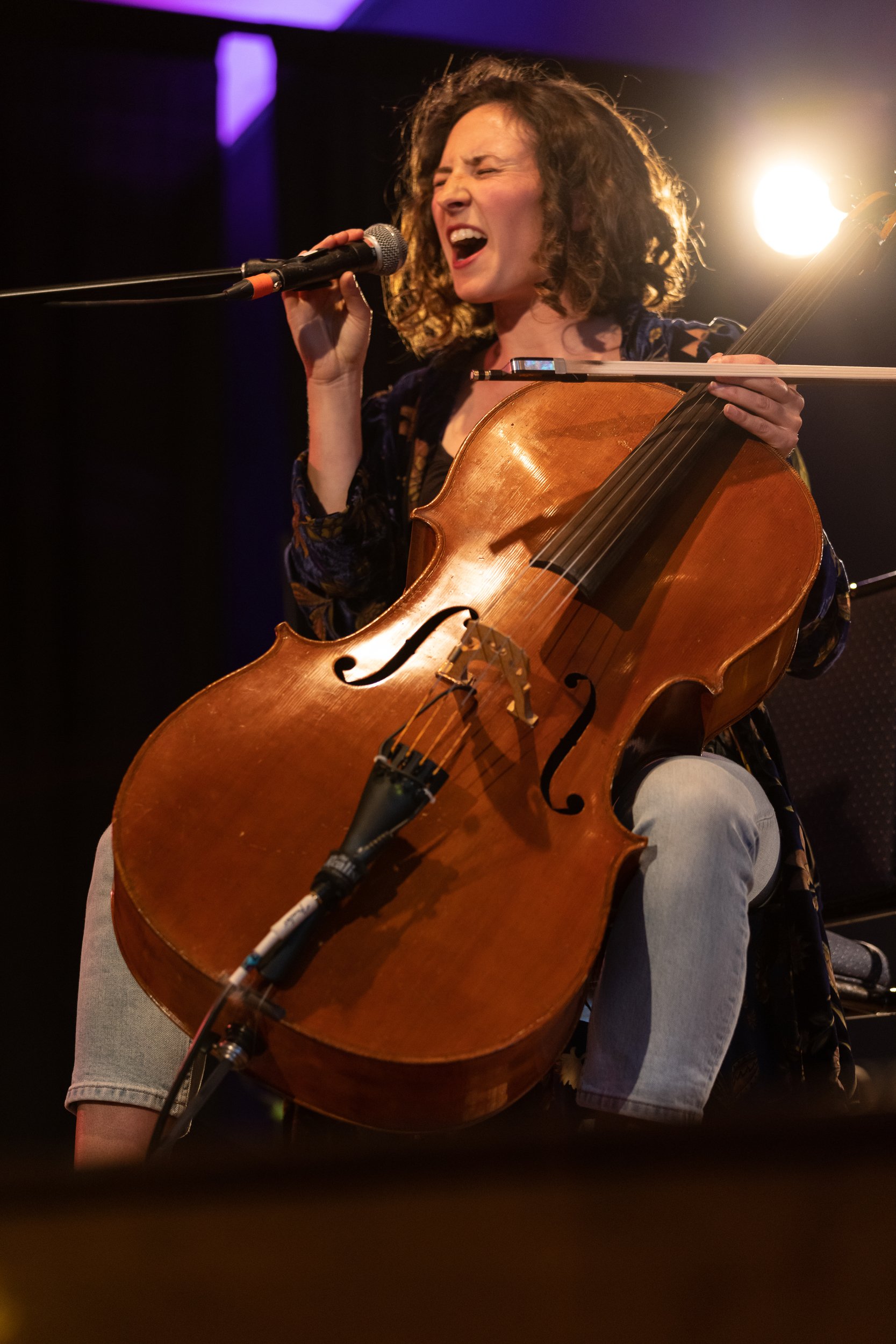 “It feels so important to create art through climate change, because our world is this incredibly uncertain thing.” -Ellie Barber. Photo by Center Point Photography.