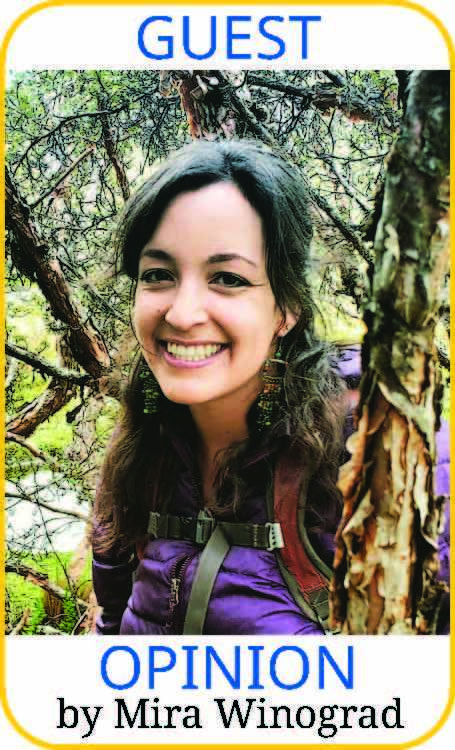 Four months ago, I was paging through a newspaper when one of the headlines caught my eye: “Aspen School District: We’re Not Teaching Critical Race Theory.” I was shocked, to say the least. The article went on explaining how parents were concerned about a program their school was starting to implement called the Equity Team, meant to address issues of equity and diversity. Having earned my Master of Sociology at the University of Chicago, taught in diverse districts in Denver and taught abroad in Costa Rica, I have studied critical race theory and could by no means understand why an equity team would be contentious. Critical race theory is not about telling white people they are inherently racist or making people feel guilty about events in this country’s past. At its core, it is about teaching people how to have conversations about race that feel empathetic and open, rather than fearful. It is also about recognizing the existence of racist history that still affects what happens today. In order to move forward in our society, we will need to do both.

To begin to move forward, we first need to be able to talk about race. Both in my studies and own experience, I have seen so many failed conversations between well-meaning individuals that left both people frustrated and upset. I have especially seen this in the context of public schools where people from different backgrounds often find themselves in the same room. For example, while working at a predominantly Black and Latino middle school in Denver, I often heard conversations about race among students. The one I heard most frequently occurred whenever a Latino or white student used the word “black” to describe a Black student. Everyone else would instantly point at them and shout, “Racist!” Under these conditions, a student’s Blackness, an essential piece of their identity, could no longer be discussed or recognized by non-Black peers.

Subsequently, I noticed that Black students felt they had to hold their Blackness tightly to themselves, for they had been taught through these experiences that “Black” has negative connotations instead of being an adjective to describe differences. This has made us afraid to talk to each other. We have turned unique and literal differences that should be celebrated into something negative that is feared. This fear alone, of simply referring to each other by an adjective referencing race, should be enough reason to embrace critical race theory and related programming, because it educates us on how to respectfully talk about each other and address differences. If a school’s purpose is to educate, then we need to be teaching critical race theory. If we are unable to talk about, or let others talk about a foundational, essential aspect of someone’s identity, how are we to hope that trust and understanding could grow between people who have differences within schools or in broader society?

Another main premise of critical race theory is the acknowledgement of our racist history. In order to have equal opportunity and inclusiveness – another purpose of public schools – we first must learn about the inequality and anti-inclusiveness that we are mired in. This confrontation should not be feared. Terrible acts such as slavery helped build this country and still have huge implications, such as on the education certain people get, the jobs they can strive for, even where they can live. Before you can fix a problem, you must first acknowledge that it is there. Critical race theory can help us do this because it builds intentional space to talk and better understand each other.

Critical race theory is an attempt to free us from the fear of being discriminated against, of being canceled, of making ourselves out to be racist people when we are really just ignorant. Its goal is to enable us to recognize, voice and celebrate the strength that is diversity in this country. Teaching critical race theory allows us to set ground rules for thoughtful discussion about the impact that race has, and has always had, in the American experience. Once those ground rules and understandings are met, maybe then people can stop hurting and offending each other. Maybe we can stop pointing, labeling and canceling those who aren’t truly bigoted racists, but haven’t yet learned how to have these conversations respectfully.

As I sit in my classroom, what I want most for my students is to learn how to care for each other and support each other in becoming their best selves. I hang up pictures of my time in Costa Rica on my classroom walls and talk about the pen pal exchange I facilitated while abroad between my students in Costa Rica and a class in Colorado because I want them to see how much there is to learn and enjoy from cultures and people that are different. I want them to see how much fuller diversity makes a life. To have these experiences and make these connections, one must be able to have conversations about differences. But, unless you happen to be interested in and have access to other cultures and other experiences, choose or are able to take classes about sociology, or are privileged enough to teach abroad and also willing to learn how to engage with others outside your comfort zone — this is an education that is lacking. I found friends of color who did not label or dismiss me when I messed up when talking about race because they knew my intentions were good and I was trying to learn. They were willing to be patient and understanding. But if you don’t find that, or people rightfully don’t feel like being understanding, where will this education come from? Given our history and the fear that is still present in our society surrounding racial issues, we need to be explicitly taught how to talk about race. Critical race theory and programming like equity teams can and should fill that need.