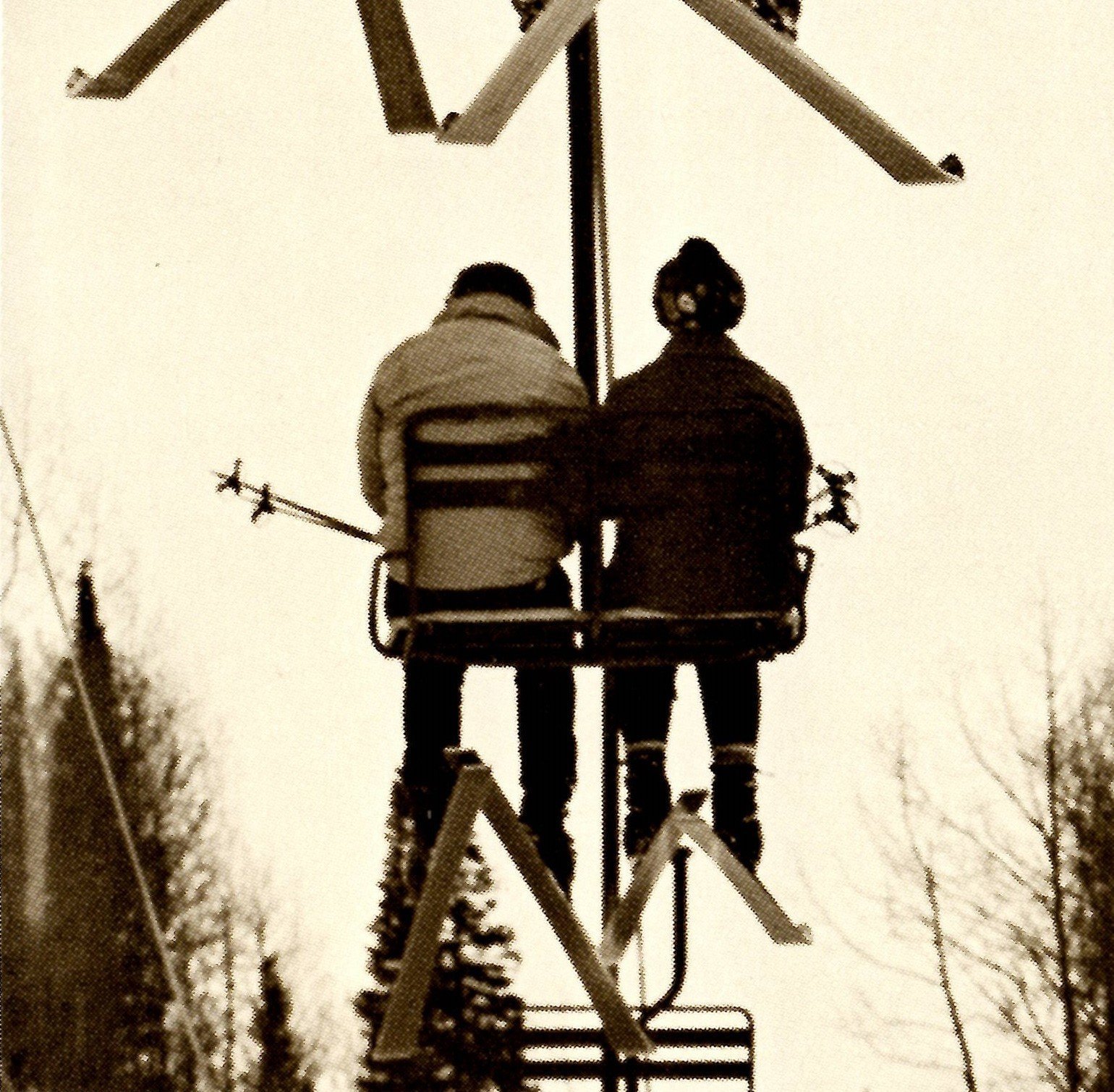 Riding up Mount Daly. Photo courtesy of the Colorado Snowsports Museum and Hall of Fame.

As Colorado ski areas boomed in the late 1960s and early 1970s, a couple of Denver developers decided they wanted in on the action. They eventually set their sights on Marble, a near ghost town about 25 miles as the crow flies, west-southwest of Aspen.

The developers, Lee Stubblefield and John Zakovich, thought that Mt. Daly (just east of the Marble town limits) would make a dandy spot for a ski area, even though it faced south and west rather than the traditional north. They planned to sell home sites and commercial sites to finance the proposed ski area, much of which would be located on U.S. Forest Service property in Gunnison County.

Stubblefield and Zakovich met fierce opposition from Marble-area residents and others, who didn’t think that creating a town with essentially the same population as Grand Junction in the upper end of the narrow Crystal River Valley was a very good idea.

The Marble Ski Area never got built. Aside from the fact the proposed ski slopes faced in the exact wrong direction from the sun, other issues doomed the project including: No access to water and sewer service. Among the incidents that also helped to doom the project: A mudslide tore through the proposed ski area. And, the developers lost their real estate license, so they couldn’t sell land to finance the $50 million project.

One upshot from the seven-year-long review process was the project prompted the Forest Service to evaluate how it reviews developments. The ski area proposal also led to the town of Marble reincorporating and to the creation of the Crystal Valley Environmental Protection Association. Here is a timeline for how it all went down:

1957 – Howard and Bleu Stroud started buying Marble area ranchland and got a U.S. Forest Service permit to start a feasibility study for a ski area.

1964 – Bleu Stroud sold 1,500 acres northeast of Marble to the Oberlander Corporation of Denver, who began planning for a ski area on Mt. Daly.

1968 – U.S. Forest Service’s Paul Hauck and consultant Wally Schaeffler studied the area and said it wasn’t “encouraging” for a ski area to be developed there due to exposure, terrain-slide hazards and the preponderance of south-facing slopes.

1970 – Stubblefield and Zakovich had bought options on other land, including the Darien Ranch, west of Marble, and transferred the property to the newly established Marble Ski Area, Inc. The project’s success was contingent on obtaining a Forest Service special use permit that applied to federal land. The Marble Ski Area (MSA) also applied for a Gunnison County special use permit on adjacent property it owned. The Gunnison County commissioners unanimously approved a plat for 140 home sites in the Crystal River Filing; Continental West Realty (John Zakovich and Don Weixelman) began selling homesites. MSA took about 1,000 skiers and potential home site buyers up Mt. Daly on snowcats. Construction began on a chairlift and lodge (the lift operated during the 1971-1972 ski season).

1971 – MSA introduced a masterplan for a $50 million development that would include: 12 lifts, two gondolas, Marble Village (consisting of a lodge, shops, restaurants, convention center, golf course and more) and creation of the Marble Metropolitan Services District for water and sewer service. At build-out, the plan projected a population for Marble and the area of 20,000. The MSA began operating its new ski area with one lift and a lodge. The Forest Service denied MSA’s special use permit application on 4,600 acres of federal land, but White River National Forest Supervisor Thomas C. Evans told the MSA he would consider a much smaller ski area. Fearing that word of Evans’s decision would financially ruin him, Zakovich traveled to Washington, D.C., to meet with Wyoming Rep. Teno Roncolio and others to suppress any Forest Service public announcement on the project. Zakovich also met with Forest Service Chief Ed Cliff. The press release was suppressed.

1971 – A state geologist issued a report that cited geologic hazards, including the potential for: rapid erosion, mudslides, landslides and flooding.

1972 – MSA continued to plan and promote a large ski area through a 4,600 acres Forest Service special use permit, despite Evans telling the company he would only consider a much smaller ski area. The Forest Service designated 624 acres adjacent to MSA property as a “winter sports and recreation area” and granted preliminary special use approval for more chair lifts and trails.

1972 – The process was started for the town of Marble to reincorporate so that residents and others could have a say in how the MSA was developed. Local attorney J.E. DeVilbiss signed on as CVEPA’s attorney and later for the town of Marble. About 70 people attended CVEPA’s organizational meeting to oppose the MSA; Pitkin County also became involved over concerns about sewage issues.

1972 – The Colorado Land Use Commission told the Gunnison County commissioners and MSA it was considering using its statutory powers to halt the project if MSA didn’t rewrite its own engineering study that claimed environmental hazards could be mitigated.

1972 – MSA withdrew its original masterplan for a ski area and replaced it with a planned unit development (PUD) that called for a project that kept the original number of dwelling units but at a much higher density than the original plan.

1973 – In early April, CVEPA attorney DeVilbiss drafted a lawsuit against the Gunnison County commissioners, arguing they did not abide by their own zoning regulations, and that it would probably take a Colorado Water Court decision to make a final determination on the PUD. Other arguments in the lawsuit: Not all the required documents were submitted and not all of the lots in the PUD had been staked. The CVEPA never filed the lawsuit, deciding that other courses of action were more feasible.

1973 – On May 14, a mudslide tore through a long section of road leading to the ski area and oozed into nearby Beaver Lake. A few days later, a second mud and debris flow roared down Carbonate Creek, which runs through Marble and empties into the Crystal River. The mudslides gave CVEPA grounds to request an extension on public comment on the Forest Service’s draft EIS which was granted. The meeting was slated for later in May.

1973 – Meanwhile, on May 25, CVEPA-member Conny Erhard met with members of the Colorado Land Use Commission (CLUC) in Denver. She asked the CLUC to use its emergency powers to halt land sales in the area where the mudslides occurred. CLUC declined, then said it would work with Gunnison County to make developers mitigate geologic problems in the area. On July 25, the CLUC declared the entire MSA development a public hazard and told Gunnison County to stop the development until action was taken in accordance with the state’s recommendations.

1973 – Later in the year, there was a MSA management shakeup and new vice-president Lawrence D. Hamilton suspended land sales until Nov. 1, while at the same time starting a public relations blitz to promote the project.

1973 – The Forest Service sent a letter to state officials, and to Gunnison and Pitkin county officials, saying any decision on the MSA must be coordinated with state and local governments.

1973 – CVEPA considered it an important victory when the Forest Service conceded that its EIS on the 624-acres on federal land would not have much environmental impact, but the EIS did not take into consideration the impacts the ski area would have on adjacent private land. Observers consider this a landmark Forest Service decision, in that henceforth it must consider environmental impacts on private property rather than just ski area development on public land.

1975 – In January, the MSA presented a bankruptcy plan in Denver.

Editor’s note: Much of the information in this article comes from the book “Protecting a Valley and Saving a River: The Crystal Valley Environmental Protection Association” by F. Darrell Munsell. 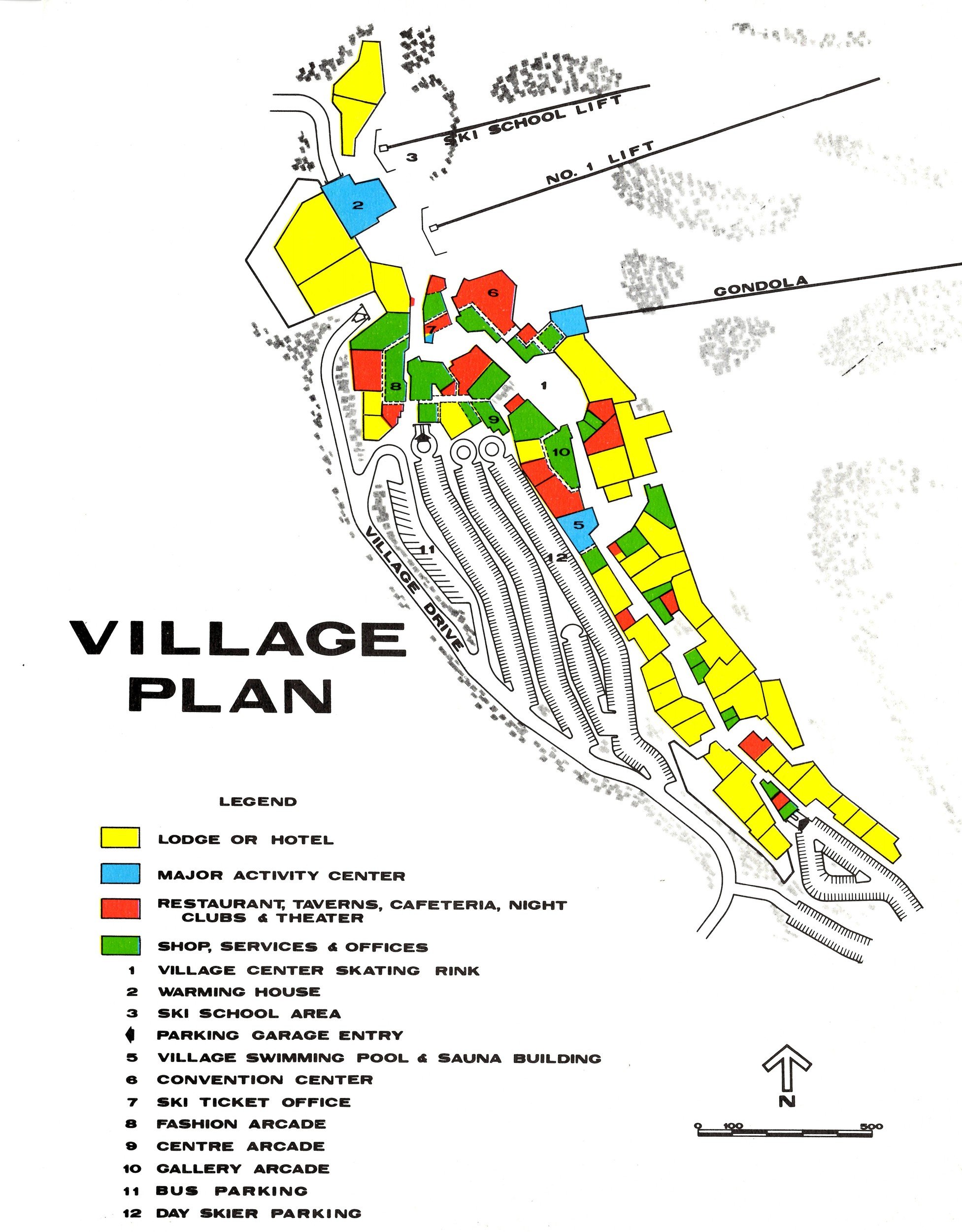 This map shows the proposed ski village in Marble that never was. Photo courtesy of the Colorado Snowsports Museum and Hall of Fame. 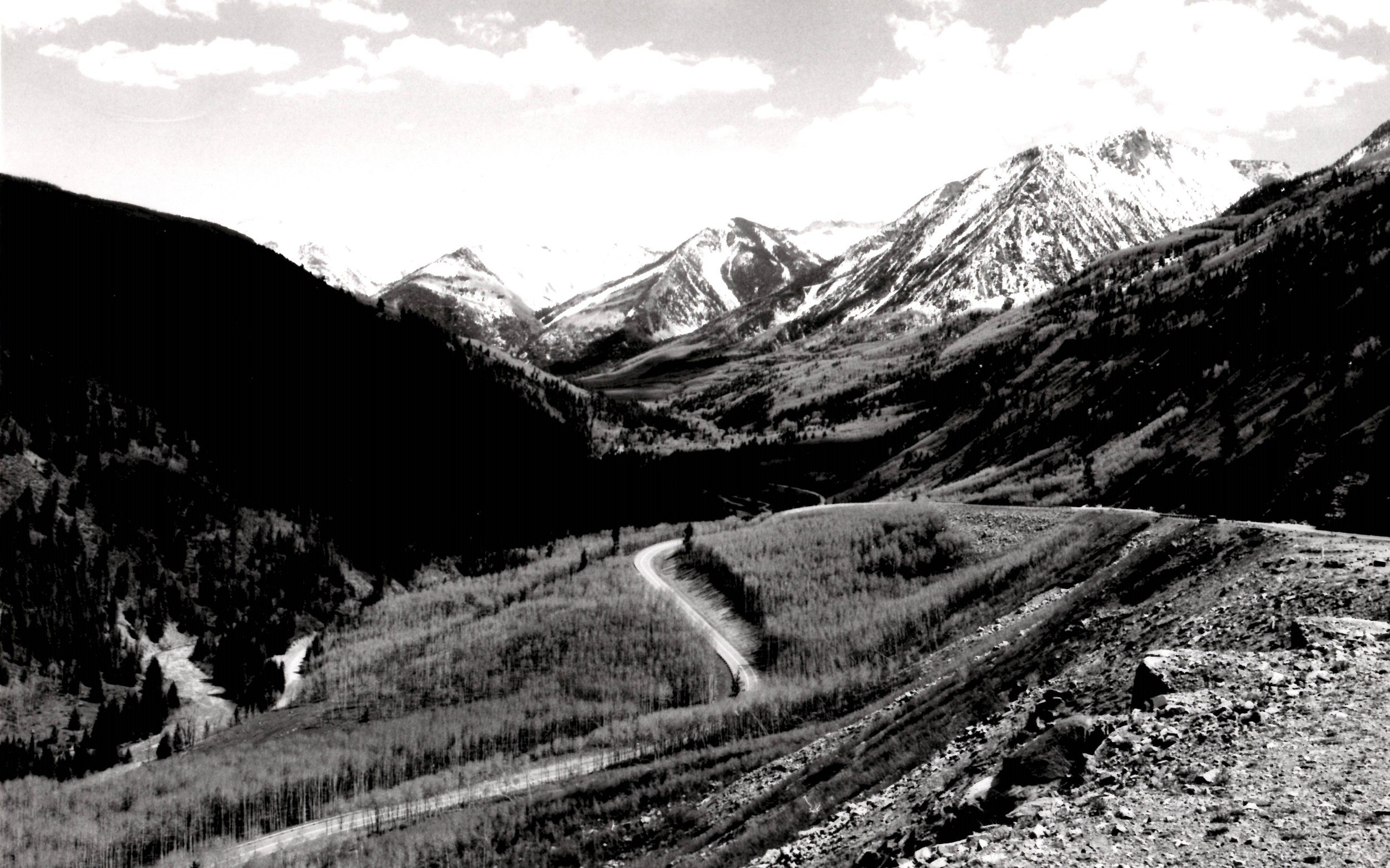 Photos courtesy of the Colorado Snowsports Museum and Hall of Fame.