Years of dedication with bouts of celebration 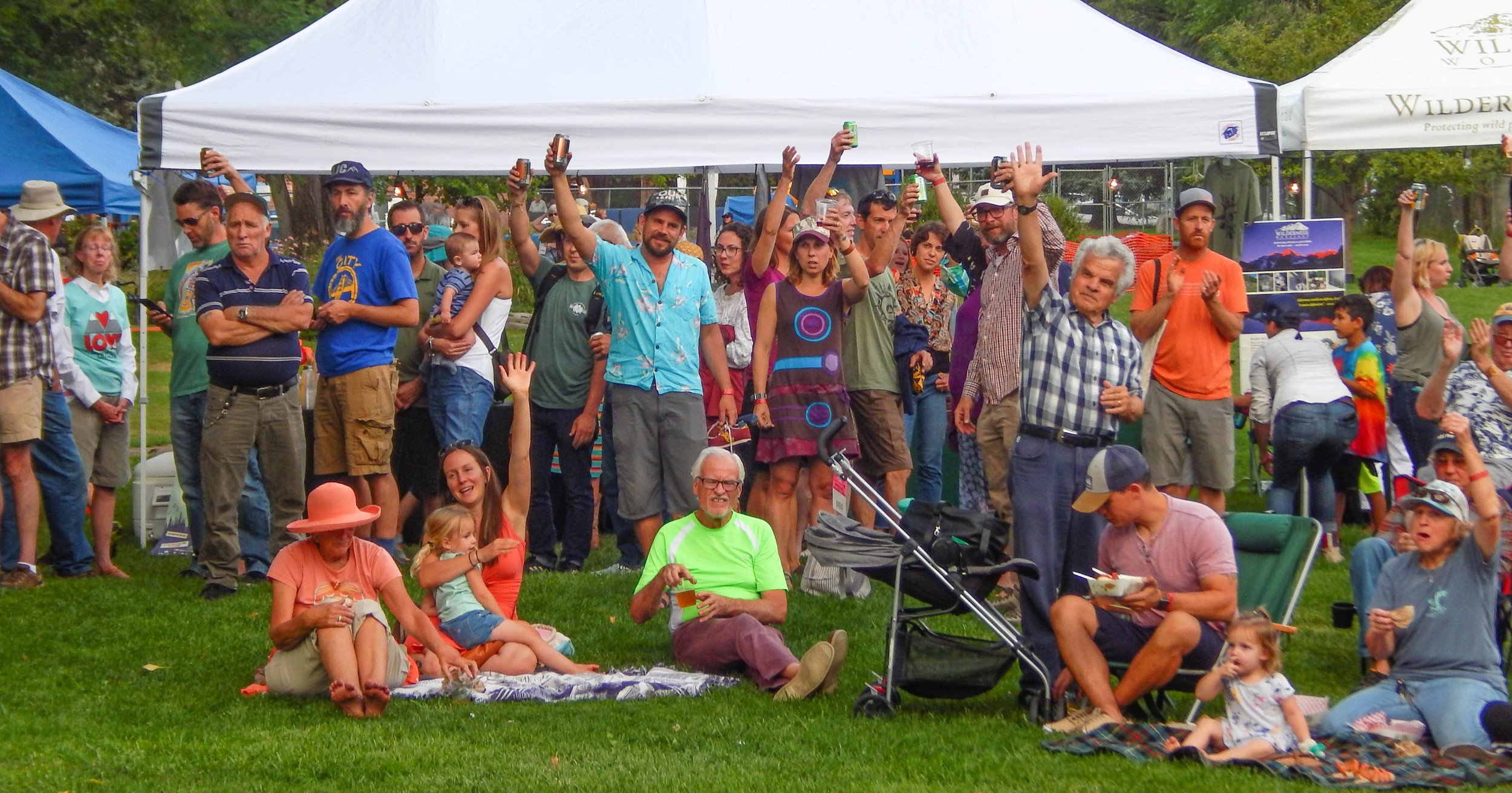 Folks gathered and whooped and hollered during the 2019 Community Celebration. Courtesy photo.

Wilderness Workshop (WW) continues its work to protect parts of the White River National Forest, including the Thompson Divide from oil and gas development. The folks at WW were pleased to learn that Congressman Joe Neguse, representative of Colorado’s second congressional district, has included funding for the protection of 200,000 acres of the Thompson Divide as part of the proposed 2022 budgetary reconciliation bill, or Build Back Better Act (BBBA).

“The legislative text reported out of the Natural Resources Committee provides $500,000 to acquire leases from willing sellers to protect the Greater Thompson Area from oil and gas development,” reads a press release from WW.

Protections for the Thompson Divide are covered in the Colorado Outdoor Recreation and Economy (CORE) Act, a public lands bill which has passed the U.S. House more than once, but has yet to reach a decision in the Senate.

“It’s passed the House three times now, so representative Neguse is doing his jobs,” WW Policy Director Juli Slivka quipped. She continued candidly, “We are excited this year; it was part of a hearing in the Senate for the first time when the Energy and Natural Resources Committee heard the CORE Act,” but it has not yet been passed on to the full Senate from the committee.

“Just in case the CORE Act doesn’t pass this year,” explained Slivka, “Neguse is trying to make sure that the Thompson Divide withdrawal passes in whatever vehicle is moving fastest and right now that vehicle seems to be the BBBA.” The House finished its drafting of BBBA, and the Senate is now working on the same.

“The fight to protect the Thompson Divide has really unified our region. Locals from all walks of life — ranchers, outdoor recreationists, sportsmen and women, local governments — we’ve all come together because we saw the importance of protecting this incredible place, said Carbondale Mayor Dan Richardson. “I am excited to see the inclusion of Thompson Divide in the budget reconciliation bill and urge Congress to pass this important piece of legislation to help protect this important landscape for our community”

If passed, the BBBA would also give the go-ahead for a pilot program to capture methane exuding from abandoned coal mines in the area. Unlike the methane project funded by Aspen Ski Co. at the Elk Creek Mine near Somerset — where the methane being captured is converted into energy and purchased by Holy Cross Energy — in this case, the methane will likely be destroyed by flaring the fumes to prevent pollution.

“More of what we expect to see in the North Fork and Coal Basin areas is flaring, because we don’t want to build transmission lines all over the place and there just frankly isn’t the market for electricity right now,” Slivka summarized.

Reportedly, there are lots of roadblocks to simply posting up and flaring the methane. Therefore, a component of the CORE Act is “to create the regulatory framework so the Bureau of Land Management can then lease this coal mine methane to companies that are able to capture and destroy it,” explained Slivka.

WW is hosting its 2021 Community Celebration at Sopris Park in Carbondale on Friday, Sept. 24. It’s an annual festivity which was nixed in 2020 but is coming back with a bang this year.

The musical line-up will include the Manitou Strings followed by the local duo Lizzy Plotkin and Natalie Spears. But there’s more: Aspen Santa Fe Ballet’s Folklórico will also be performing.

“We’ll have games, a bouncy castle for the kids,” began WW Communication Director Grant Stevens, “and we’ll have beer at the event,” which will be free to members. Non-members will need to bring cash for the bar. Tasty eats from Slow Groovin BBQ will also be available for purchase.

While it’s not required, the staff at WW would like folks to register in advance at wirldernessworkshop.org

Wilderness Workshop, Western Slope Conservation Center, High Country Conservation Advocates and the Colorado Farm & Food Alliance will host the “Stand at the Summit” event at the top of McClure Pass the evening of Thursday, Sept. 30, from 5 p.m. to 7 p.m. Folks are welcome to camp in the area if they wish to stay the night.

It is a family-friendly event. Those who attend can expect speeches from community leaders and stakeholders, live music and a sampling of snacks and libations from communities on both sides of the pass. WW asks that folks register for this event as well. Registration and more information is available at: wildernessworkshop.org