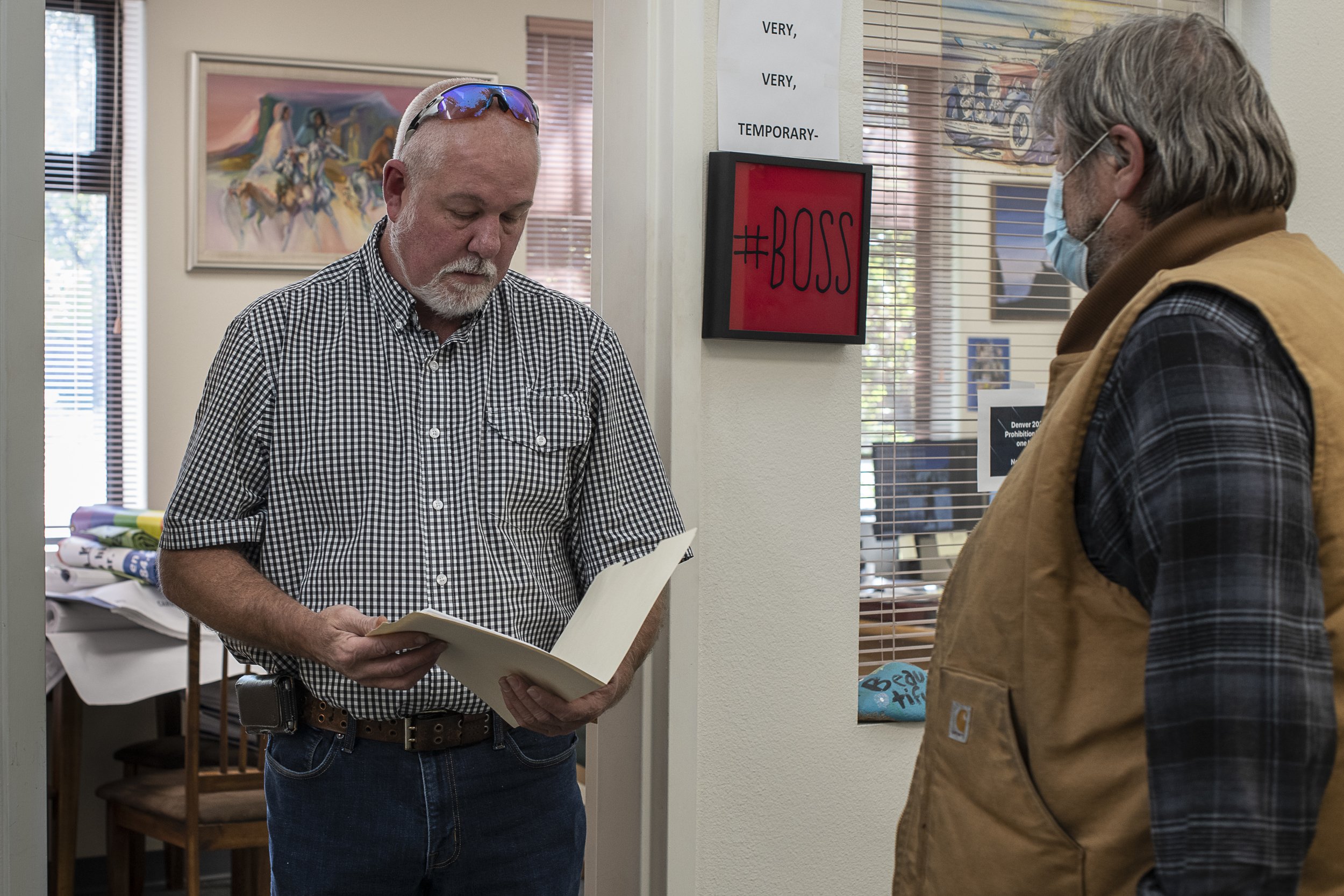 More than 400 Carbondale area residents signed the petition delivered Friday to Interim Town Manager Kevin Schorzman, demanding that the Carbondale Board of Trustees divest Town finances from the Exxon and Chevron oil and gas bonds in the Town’s investment portfolio. John Hoffmann, a Carbondale blacksmith and former trustee, walked into Schorzman’s office and handed him the signatures.

“We’re not here for confrontation, but to celebrate a win,” said Will Hodges, coordinator of 350 Roaring Fork that organized the petition drive. “The Town is on the right side of this issue,” he told a small but enthusiastic rally of fossil fuel divestment supporters who gathered outside Town Hall. Hodges explained that Carbondale, Pitkin County, Glenwood Springs, New Castle and Snowmass are some of the 400 municipalities that participate in both the Colorado Secure Assets Fund (C-SAFE) and the Colorado Statewide Investment Program (CSIP) which hold a combined total of $25.6 million in the oil companies’ bonds. 350 Roaring Fork organized a second rally and divestment petition delivery at Glenwood Springs City Hall on the same day.

“That’s under 1% of the funds’ value,” Hodges said, adding that it should be easy to replace these holdings with non-fossil fuel investments. “Every fund that divests increases the incremental borrowing costs” of oil and gas corporations. “Dominoes are falling,” he said.

Demands by citizens to divest their municipality’s assets from fossil fuels is “a worldwide movement,” Hodges said. The date for the Carbondale and Glenwood Springs community actions was chosen because it was the second anniversary of the Climate Strike initiated by Swedish activist Greta Thunberg after she addressed the United Nations about the climate crisis and called for students around the world to walk out of their classes to call attention to it. The organization’s goal is to reduce global emissions of carbon dioxide to under 350 parts per million of all the molecules in the atmosphere, the level that is considered safe. Currently the level is 420 parts per million, says Hodges. “We are in a lifeboat wearing golf spikes.”

Colorado government officials and a C-SAFE investment manager that Hodges said he has spoken to, are receptive to shifting the public’s investments. “Fossil fuel is losing market share. It’s going away. It’s just a matter of how quickly.”  Hodges told the gathering that, with a gridlocked Congress in Washington, D.C., wielding financial tools locally is one of the best ways to hasten the transition of municipalities to a low carbon future. He said 350 Roaring Fork is not asking that the C-SAFE and CSIP oil and gas company bonds be sold tomorrow. “We ask the managers to allow them to mature, which is in about a year, and then not renew them.”

Some in the audience offered other financial actions that individuals can undertake, such as cutting up their credit cards issued by the country’s four largest banks that fund a significant portion of oil and gas development and sending them to the bank CEOs. Hodges agreed. “The more local the bank, the better.”

Hodges said volunteers will continue to collect signatures, and that people can go to the 350 Roaring Fork website to add their names to the petition.

350 Roaring Fork is a chapter of Colorado 350, the state’s largest grassroots organization, which is part of 350.org, an international affiliation of climate activists founded in 2008.