CCC’s next feat of clay: a humble expansion 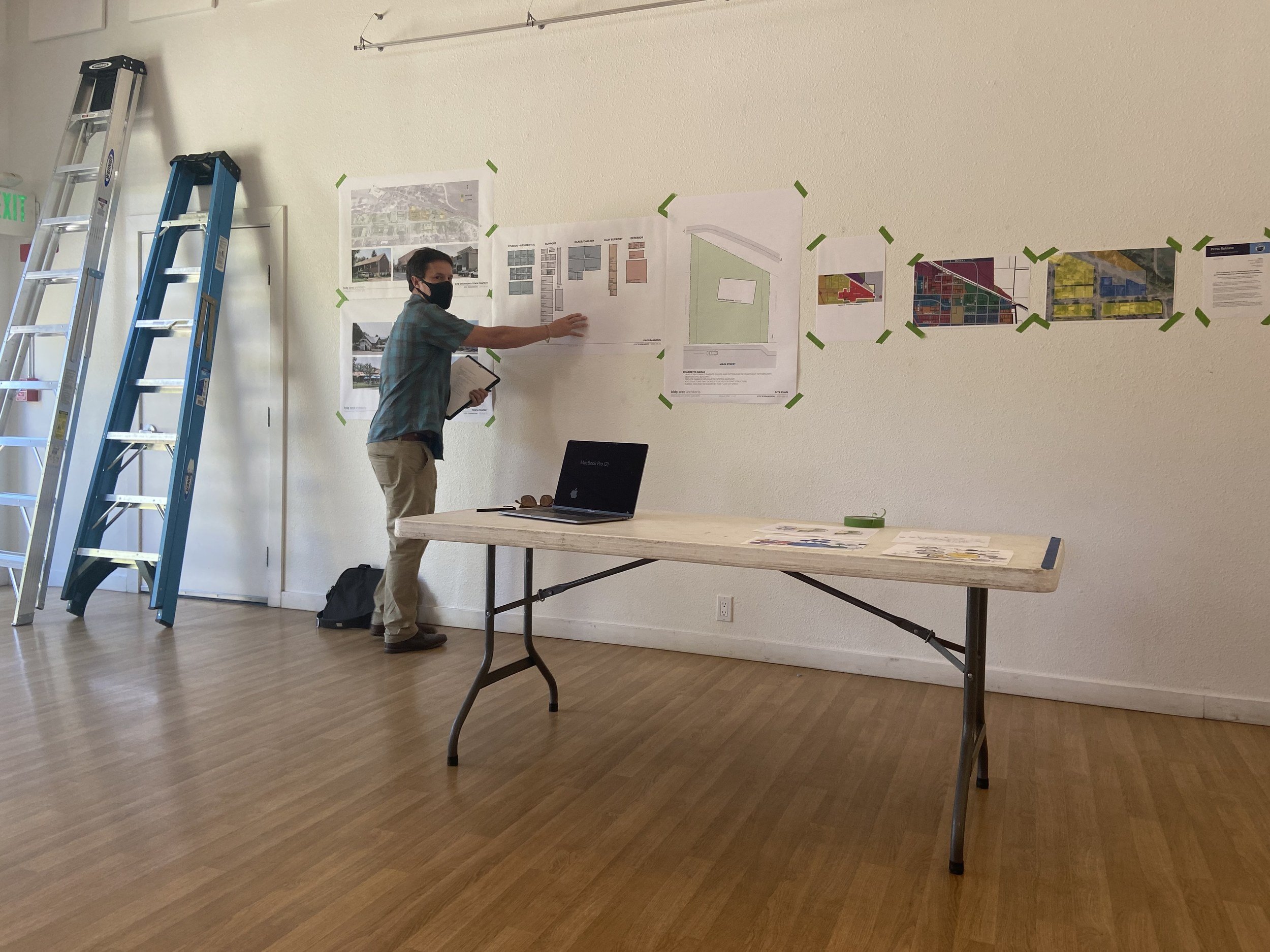 Those who pot and those who never touched clay but want arts in Carbondale to thrive met at the Launchpad on Sunday to help shape the Carbondale Clay Center’s (CCC) future expansion plans. CCC hosted a lively design charette with about 20 invited participants, putting people on notice that the clay center has outgrown its 2,000-square foot emerald green, cinder block home on Main Street. CCC Executive Director Angela Bruno told charette participants that the center, which has been at this location since opening 24 years ago, will stay where it is. The new space being envisioned will be between 6,000 and 8,000 square feet and should fit on one, but not more than two, floors. To be decided is whether the existing space can be incorporated into the larger footprint, or whether it would need to be torn down.

“We’re bursting at the seams,” said Bruno. “We have 40 people waitlisted for pottery classes, and there’s about 15 potters at any given time who would love to rent shelf space from us.” She said that programming has increased 40% since 2018, and grew during the darkest months of the pandemic when, with strict protocols in place, CCC stayed open. Of equal importance, Bruno added, is providing two small efficiency apartments on the clay center’s premises for out-of-state interns who need somewhere to live during their Carbondale ceramics residency, which lasts a year or more.

“A culture of making promotes a well-rounded community, and we want to protect it,” said Ramsey Fulton, a CCC board member and chief architect at Bldg Seed Architects, who guided the charette. “Makers are a magical part of what Carbondale offers, in a culture that more and more deals with the Internet and worries about profitability.”

Fulton sat a design expert at each of the four tables to answer questions and encourage design ideas to flow. Participants sketched rough floor plans on trace paper – or bum wad, as architects affectionately call it. At the end of the session sketches and notes were collected to review as planning proceeds. At this early stage of the design process, “All ideas are good ideas,” said Fulton.

One thing that all charette participants made clear was that the new space must enhance what professional and student potters love most about CCC: its dedication to creative sharing and personal connectivity, where everyone can see what others are working on and offer encouragement.

“We want people to drop in and get exposed to the dust and mess that makes us feel at home here,” said Ted Behar, CCC’s newest board member.

“The municipal reality of Carbondale is that the clay center means a lot to people,” offered potter Frank McGuirk, who teaches at CCC and has been involved with it for 15 years. “It’s the number one thing I love about living here.”

Although there will be additional classrooms, shelving, private studios for potters to rent and a bigger gallery for shows and sales, the charette’s overall design theme emphasized maximizing an open working atmosphere, where wheel-throwers, hand-builders and clay sculptors can mix, as they do now. Outdoor space for CCC parties, as well as sufficient room for managed kiln-loading events were other features high on the list. “Functionality and purpose related to our art form should drive everything,” said CCC Founder Diane Kenney.

Fulton said CCC will request to have its property rezoned from Commercial Transition (CT) to Historic Commercial Core (HCC). The CT designation is what guides the development along Highway 133, while rezoning to HCC would extend the historic character of downtown Carbondale, and not require CCC to provide  more parking than it currently does, he explained. Some of the participants invited to the charette were CCC’s closest neighbors, who could be interested in supporting the HCC rezoning to include their properties as well. Steve Zlotnick, who recently purchased the Dandelion Inn on Second Street and converted it to a private home, said the CCC rezoning would be “great,” adding, “it was nice of them to invite me.”

The rezoning process will take about a year to complete, according to Fulton. He expects he will be submitting the redevelopment plan to the Carbondale Planning and Zoning Department in late fall, and that groundbreaking would be in the spring of 2023. Meanwhile, CCC, a nonprofit organization, has begun applying for grants and launched its capital campaign to draw private donors. While the amount needed is not yet firm, Bruno said she thinks the project will pencil out at about $4 million.

“We want to create a humble place where a lot of what goes on happens on the inside,” said Fulton. “We’re here to fill a maker’s needs, not build a showplace.”