Trustees look ahead to 2022 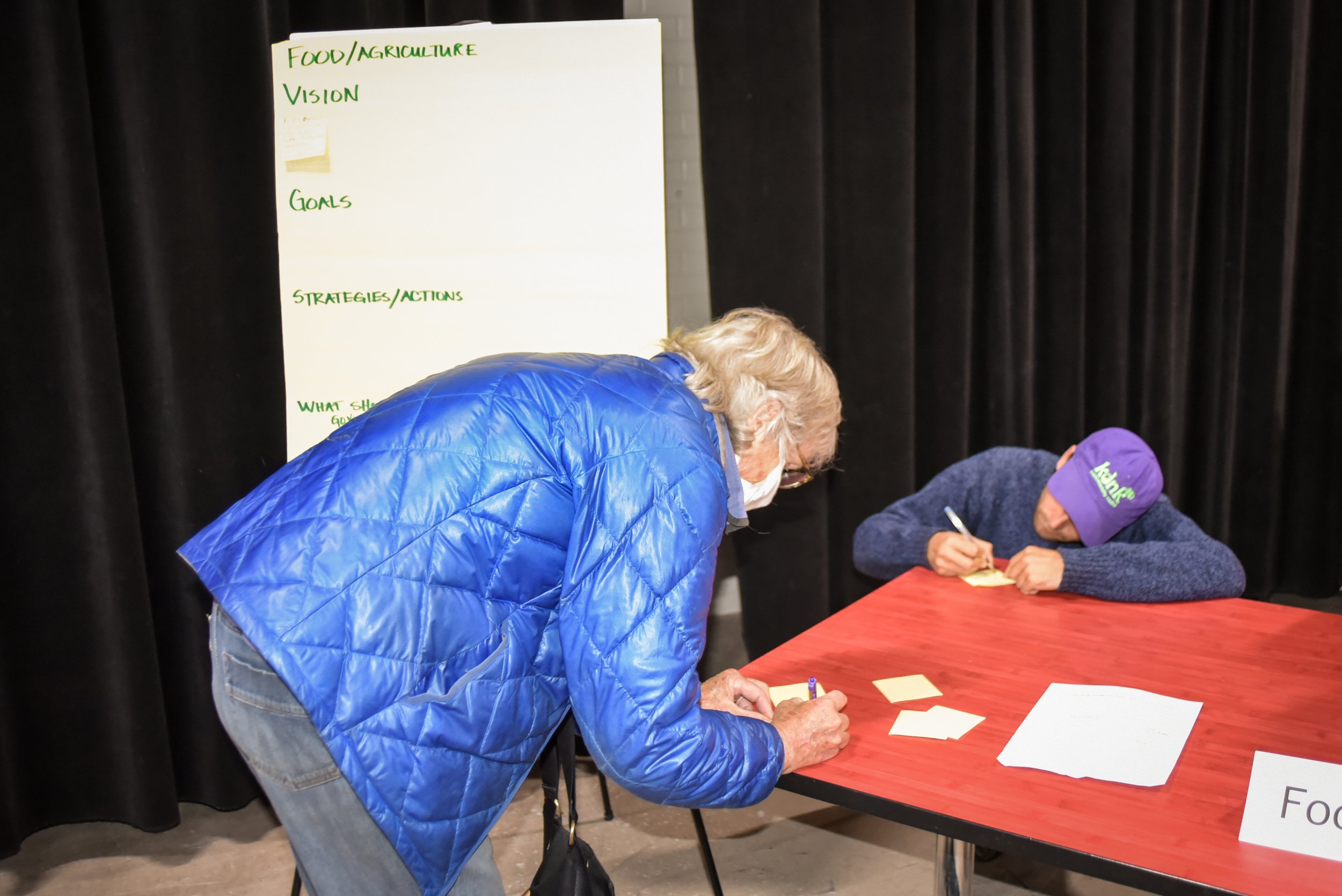 The latest regular meeting of Carbondale trustees began with introducing Boden Hamilton, a senior at Roaring Fork High School and non-voting member of the board representing the youth perspective.

During trustee comments, Erica Sparhawk shared her enthusiasm from the recent Colorado Mountain League conference, saying that climate was discussed during every concurrent session and she came away inspired.

Ben Bohmfalk touched on the comprehensive plan update meeting organized by Clean Energy Economy for the Region on Sept. 23, saying: “It was a productive meeting” but “not as well attended as I had hoped,” given the amount of advertising and promotion. The meeting assured all the usual suspects that Carbondale has made great strides toward sustainability with more progress to come. That meeting is archived on the YouTube channel called “CLEER: Clean Energy Economy for the Region.”

According to Lani Kitching, 19 mussel-infested boats were intercepted at Ruedi Reservoir this season. The Ruedi Water and Power Authority is looking to install solar at the reception kiosk in 2022 and is exploring the possibility of a solar farm on the reservoir’s surface.

Several trustees gave kudos to the Chamber of Commerce for their successful Business Confluence event. Mayor Dan Richardson expounded, “Two hours worth every minute.” Richardson also addressed the letter delivered by 350 Roaring Fork asking that the Town’s investment portfolio drop two oil and gas bonds (see page 5). There was no opposition to this proposal.

Next, Michael Durant, who served on the Planning and Zoning Commission for over 10 years, was honored with a special award, having recently stepped away as the commission’s chair. Durant helped to adopt the Town’s current Unified Development Code and zoning district map.

“You’ve been a model of service to the community,” said Bohmfalk. “The Town thrives when people step forward and put the best interests of the Town first.”

Continuing along, Fire Chief Rob Goodwin and architect Michael Hassig stepped forward requesting that the Town appeal a water meter requirement for a hydrant servicing the new multi-function training facility currently under construction. The meter costs range between $25,000 and $30,000 and the overall project costs are $1.2 million. The facility is estimated to use up to 25,000 gallons of water per year, and no other hydrants in Town are metered.

Interim Town Manager Kevin Schorzman, who is also the Town’s public works director, insisted that metering this non-emergency hydrant is important, “to get a handle on how much water is being used out there.” Based on a long-standing agreement, the fire department will not be charged fees for water usage. Rather, Schorzman’s interest is accounting for where water goes to help the Town address any potential leakages in the system.

“We’re all on both sides here,” said Bohmfalk. “Whether the Town pays for it or they pay for it, we’re all paying for it.”

A motion by Bohmfalk to waive the meter requirement was seconded by Kitching and failed.

A motion by Kitching to split the cost of the meter and installation by reimbursing the fire department 50% of the cost, up to $15,000, succeeded with four of six votes (Heather Henry had not yet joined due to a conflicting meeting). Richardson and Bohmfalk were the dissenting votes.

Next up, the trustees reviewed a fee schedule amendment for two items outside of the normal fee schedule update. With Oct. 1 being the anniversary of the Town’s agreement with Mountain Waste for trash hauling, a rate increase for customers was reviewed. In addition to the annual 4% increase made possible by the contract, an additional .605% was tacked on recognizing the sharp rise in fuel costs. “The way it’s proposed in here,” said Shorzman, “I think it’s fair.” Rates at the Town-managed RV park were also increased to better reflect the market value of services.

Regarding the 2022 budget, extra requests totaling $65,000 were evaluated with special consideration given that the Town looks to possibly spend $2.4 million from reserves on various projects, including property acquisitions.

The proposed budget will be presented at the next regular meeting on Oct. 12. The Town’s new public engagement platform (https://carbondalekaleidoscope.org/) will be utilized for outreach.

Lastly, trustees reviewed plans for Eighth Street and received public comments. Pushed to further narrow the street, they stuck with the plan approved in April with 10-foot travel lanes. The tree board will be asked to weigh in on the plan, as it affects vegetation. “More effort was made to protect non-elm trees than elm trees,” admitted Schorzman.

Before the meeting’s conclusion, trustees entered into an executive session, “to discuss the purchase, acquisition, lease, transfer, or sale of real, personal, or other property interest.”

The next Planning and Zoning Commission meeting, on Sept. 30 at 7 p.m., will include an update from Cushing Terrell on the comprehensive plan update.

Trustees will review town manager candidates at their next meeting on Oct. 12. The application win