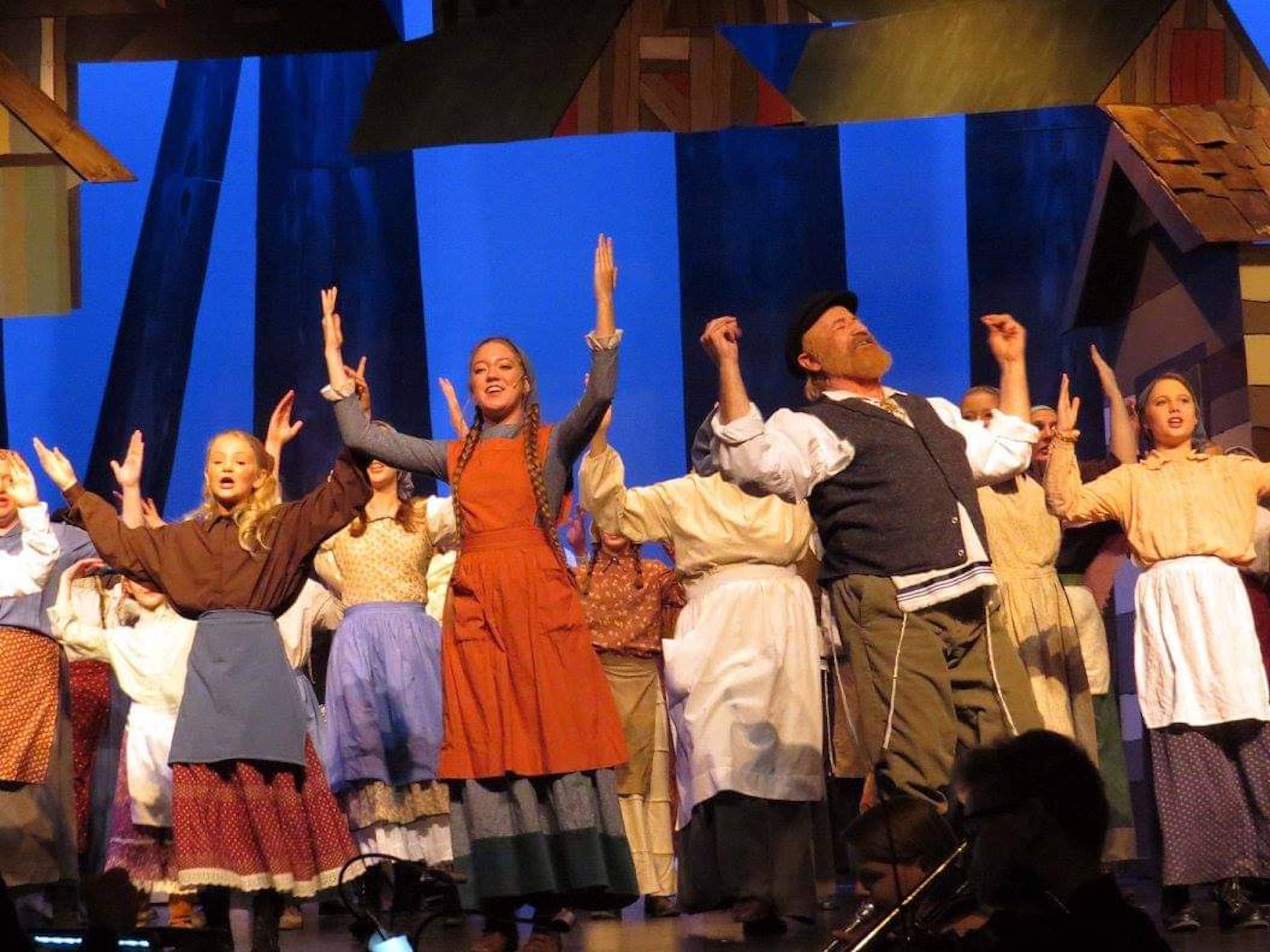 Defiance Community Theater Company is returning to the stage with their production of “All Together Now!” premiering on Nov. 12. The first three performances will take place at Glenwood Springs High School and the final performance will be performed at Thunder River Theatre Company’s space in Carbondale.

Defiance Community Theater works in collaboration with Musical Theatre International (MTI), one of the world’s leading theatrical licensing companies, granting the rights to shows all around the globe. To get this show in front of live audiences, MTI is giving out the rights, including marketing and choreography, globally for free.

Defiance Community Theater was founded in 1972 and has since remained a fundamental part of the Roaring Fork Valley theater community. This theater program has provided both performance and art education opportunities for The Roaring Fork Valley. This includes volunteer opportunities as well as The Ivy Adler Memorial Scholarship for high school seniors who wish to study the performing arts in college.

The premise of “All Together Now!” features 15 slots for musical performances of each song in the production, all big hits from Broadway shows. Some of the shows include “Beauty and The Beast,” “Annie,” “Sister Act,” “Newsies” and even “Oliver!” which Defiance performed live at Glenwood High School in the winter of 2018, directed by Brendan Cochran. The show will not feature elaborate costumes, props, or set design, but will feature costumes that are representative of the scenes that will be built around the songs. Video projections between scenes will help to move the story along.

In speaking with both Travis Wilson, board and production team member, and Chip Winn Wells, secretary of the board, they each provided insight for what audiences can expect, their hopes for the company in the future, and the safety protocols that are in place for their current production and ones to follow.

“[All Together Now!] won’t be a typical musical, it will be more like a cornucopia of musicals,” said Wilson, elucidating what audiences can expect from Defiance’s spin on the material.

Winn Wells described the upcoming production as one with its own personal touch. Audiences can expect a revamp of the famous songs with “Defiance touches.”

Keeping with the fashion of taking creative liberties, the show will have more than one director. In fact, each block of the show will have a different director, with two confirmed and possibly more to come. Those confirmed are Thomas Cochran and Michael Schope. According to Winn Wells, each director will be encouraged to incorporate their own takes on the songs featured.

“Much like the work that was done on ‘The Ed Sullivan Show,’ we will express the music from this broadway review in our own devices,” said Winn Wells.

During the surge of the pandemic in 2020, Defiance halted all live performances. Defiance did do a radio show, Charles Dickens’s “A Christmas Carol,” to bring theater to people at home for the holidays. That radio play was directed by Brendan Cochran.

“The pandemic forced us to explore and investigate ways to send our message and continue in our mission,” said Winn Wells.

Defiance hosted their auditions for “All Together Now!” at St. Barnabas’ Episcopal Church in Glenwood Springs on Sept. 24 and Sept. 25. Following the Centers for Disease Control protocol for The Theatre Actors Equity Association, Defiance required that all their participants be over the age of 12, have proof of vaccination, be masked during close contact with other members of the theater and that they have a negative COVID test within 72 hours of their appointed times of audition.

The only exception to the mask rule was when auditioners were singing their 16 to 32 bars of music on stage during their audition time. During the interview portion of these auditions, masks were required. They are still accepting and are willing to take video auditions as soon as possible.

“We welcome people with talents beyond the stage. We always need painters, set designers, as well as beginners who want to explore acting and other stage work. Please feel free to reach out and go for it! Why not try it out? We are willing to put people to work in a safe and comfortable way.” said Winn Wells.

Wilson stated that Defiance is hoping to do a show both in the fall and in the spring if COVID precautions allow it. “Sadly, for now, the whole theatre community is in one big improv exercise. We are just taking things one day at a time and doing the best that we can.”

For more information on shows, past, present, and upcoming, to make a donation, or to become a part of the Defiance Community, visit: defiancecommunitytheater.org