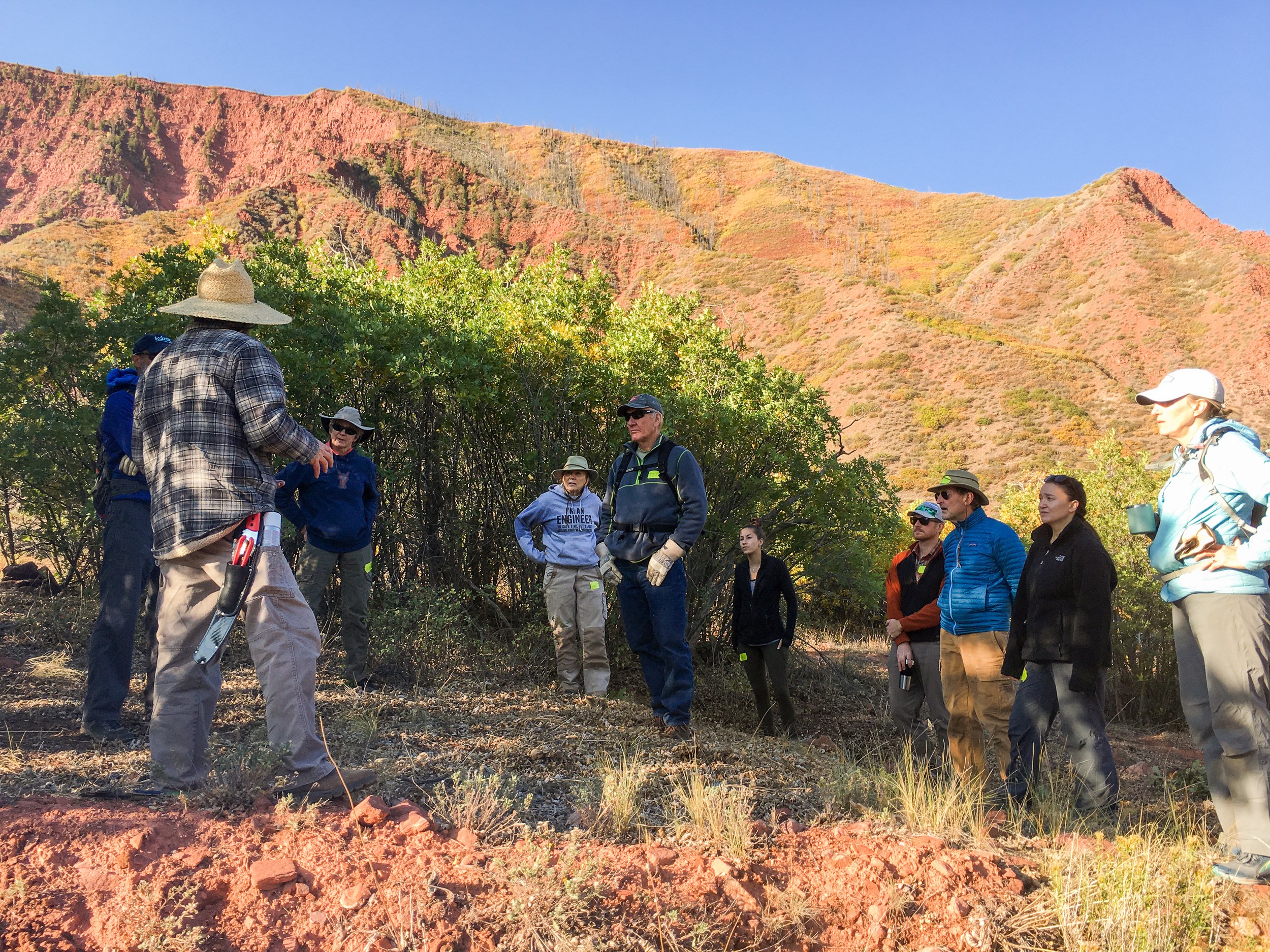 The American pika (Ochotona princeps) are small, furry mammals lacking tails that are found in high alpine ecosystems throughout the mountains of the western United States and southwestern Canada. Closely related to the rabbit, these creatures are sometimes referred to as “whistling hares” for their high-pitched calls that are used for communication and to alert neighboring pikas to the presence of predators. These animals prefer high rocky slopes with access to food sources such as grasses, flowers and stems that they store within burrows for year-round consumption. Despite numerous adaptations which allow them to live in these extreme alpine conditions, pikas are highly heat sensitive and can die if exposed to temperatures exceeding 77.9º Fahrenheit. Rising global temperatures have restricted the range of this species, forcing the pika to climb to ever higher elevations.

September 25: In partnership with the City of Glenwood Springs, RFOV was thrilled to host numerous community members for a day of wildfire mitigation in the Wulfsohn trail complex, just south of I-70. Volunteers worked diligently to clear a fire line within the gambel oak thickets — removing roots and chipping woody material — with the goal of protecting nearby homes and commercial infrastructure. Thank you to all who came out!

September 28: In collaboration with the U.S. Forest Service, Pitkin County Open Space and Trails and the Waldorf School, RFOV was pleased to host students and teachers for a day of stewardship and journaling on the Perham Creek Trail. Students and teachers worked diligently to remove plants encroaching on nearly a mile of trail, performed maintenance on eight waterbars and provided over 350 feet of backslope and outslope tread maintenance. Thanks to all the students and teachers who came out and participated!

October 10: In partnership with Aspen Valley Land Trust, Middle Colorado Watershed Council, the Town of Silt and Highwater Farm, RFOV is excited to announce a volunteer project to begin work on the master plan for restoration of the Silt River Preserve. Volunteers will work alongside RFOV and partner staff to improve trails, remove fencing, install bird boxes and learn about the future of this restoration project that is a decade in the making. Please join us to restore this beautiful stretch alongside the Colorado River!

October 16; In collaboration with Garfield County, Colorado Department of Transportation and the Middle Colorado Watershed Council, RFOV is thrilled to announce a day of stewardship at the Rifle Riverstop, just outside of the Town of Rifle. Volunteers will work alongside the staff of these organizations to remove invasive species including tamarisk and Russian olive, which currently impede human access to this riparian area and which threaten the local ecologic viability. Please join us for this opportunity to beautify the Colorado River corridor near Rifle!

Unlike most of Colorado’s imposing fourteeners, which are composed of granite or metamorphic rock, the Maroon Bells are comprised of the Maroon formation, a thick sediment layer deposited by erosion in the Pennsylvanian and Permian periods between 320 and 250 million years ago. The sandstones, limestones and mudstones of the Maroon formation can be seen commonly throughout the Roaring Fork Valley and provide many of the region’s unique geologic vistas. Within the valley composed of the Maroon Bells and Pyramid Peak, the Maroon formation is nearly 4.5 kilometers thick! These mountains’ unique features — such as striations that hold winter snows in parallel, horizontal lines and loose and crumbling rock outcrops that make climbing these mountains dangerous — are all thanks to the underlying geology.