The farmer, the chef, the party 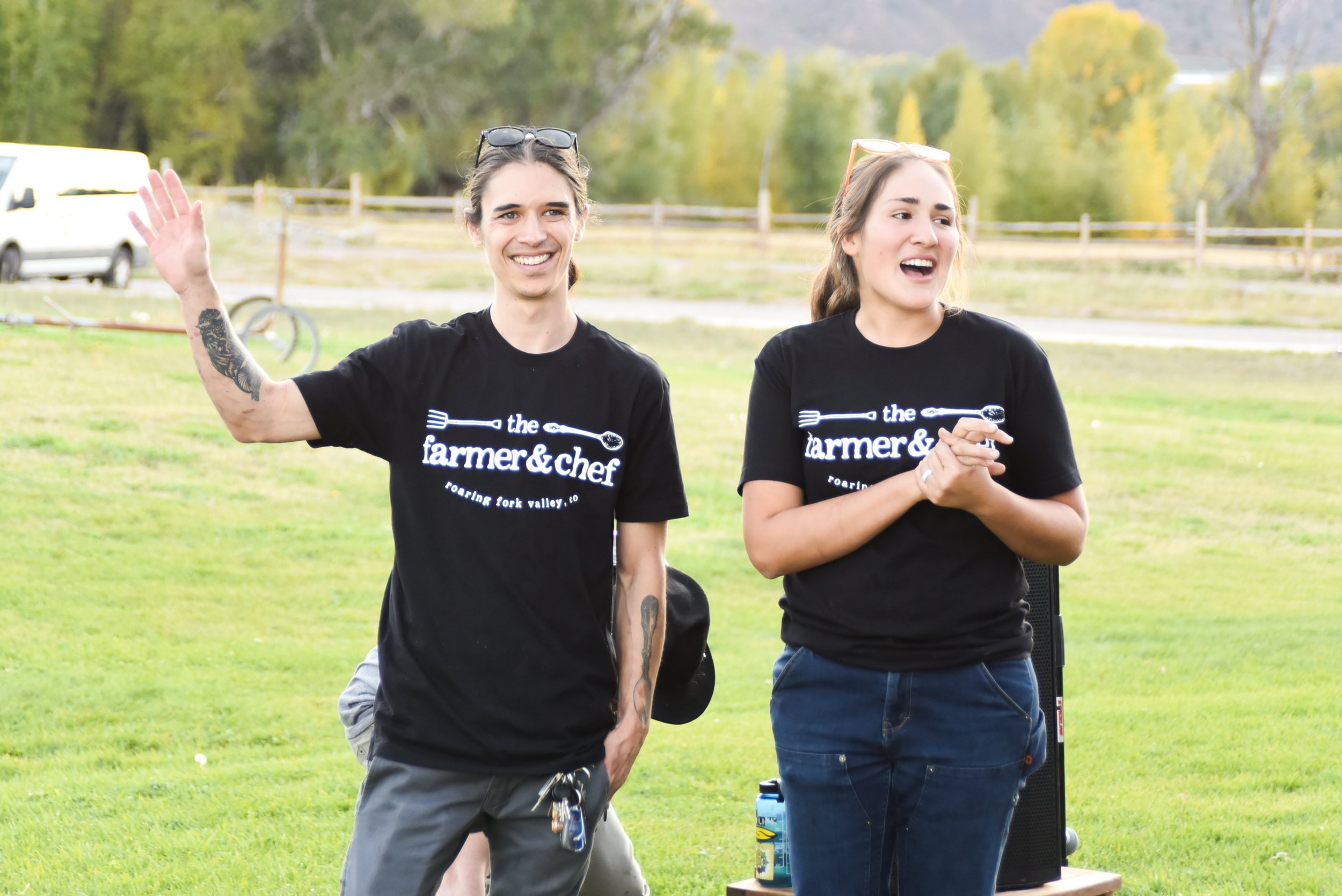 Joseph and Tiffany Pineda-Scarlett of The Farmer and the Chef organized a dinner on Oct. 4 in appreciation of local farmers. Photo by Geneviéve Villamizar.

Indian summer tugged at the pale blue edge of sunset as 70 of the region’s farmers, ranchers and food artisans gathered in the twilight. Stretched across the historic potato fields of Emma, ten tables, end to end, were festooned in autumn linens, heirloom winter squashes and bouquets of the season’s heartiest blooms.

This celebration of area farmers and locally grown produce and meats was gifted by a newly burgeoning farmer herself, Colombian Tiffany Pineda-Scarlett of The Farmer and the Chef, a wholesome foods catering company. By way of the big city— Denver and then Dallas— Pineda-Scarlett pulled roots from the hospitality industry for a more grounded life in agriculture and food, interning with Sustainable Settings of the Crystal River Valley.

“[Co-founding farmer] Rose LeVan is somewhat of a mentor to me, and she suggested that I work with Harper [Kaufman] at Two Roots. I started in May, and everything has worked out so well,” said Pineda-Scarlett.

With a full season under her nails and in her heart, The Farmer and the Chef prepared a harvest fest sourced from the farmers and ranchers with whom she has connected. Highwater, Dooley Creek, Two Roots, Marigold Livestock, Susty — even Woody Creek vodka and cocktails.

“Fair” has often been mentioned around field-to-fork fetes, which often price the very farmers or ranchers out of their fields. Pineda-Scarlett’s feast was paid for rather than donated, which is often expected of farmers (and artists).

“For us, talking about supporting local agriculture, it’s important to not ask for free things,” she said. Harper reached out to Slow Food doyenne Susan Brady, who donated funds to compensate the farm and ranch contributors.

Guitar notes wound their way through the single reed subtleties of a saxophone. The sussurance of voices and laughter floated into the dusk. Under twinkling lights, toasts were raised and photos snapped. Not since the early 1900s has local food and ag flourished as it does today. How will you show your appreciation? 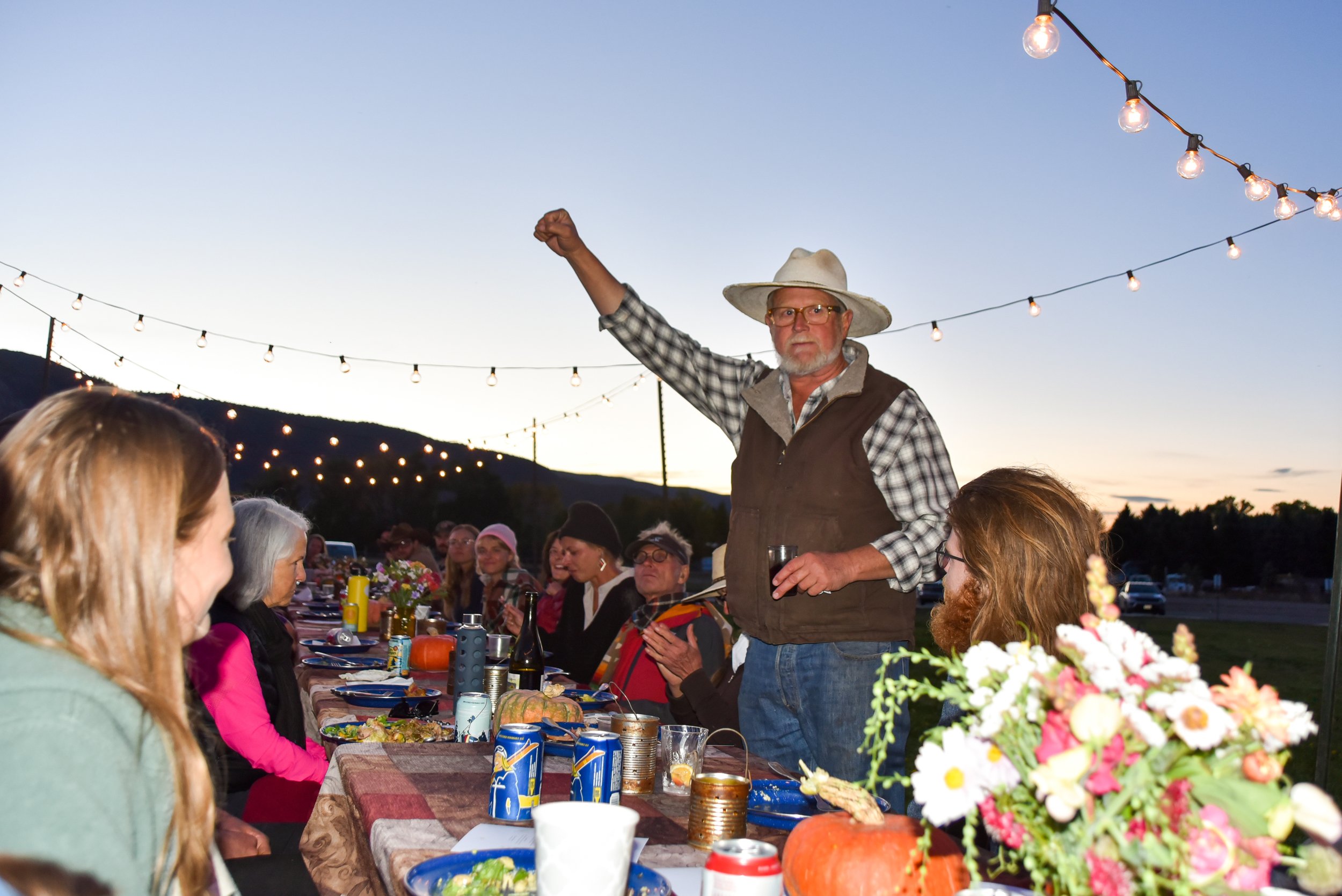 Brook LeVan of Sustainable Settings raises a fist in solidarity with other local farmers at the dinner organized to honor their efforts on Oct. 4. Photo by Geneviéve Villamizar.