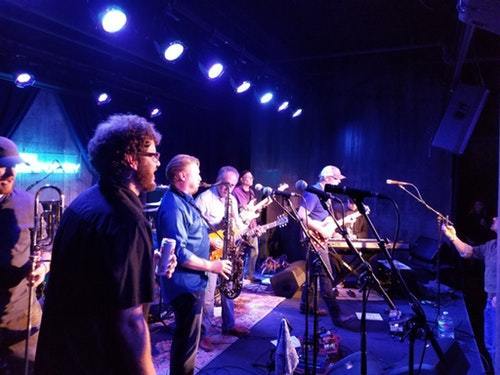 Jes Grew is an eclectic rock n roll band out of Aspen, Colorado which derives it’s name from the 1972 novel, Mumbo Jumbo by Ishmael Reed. In the novel, Jes Grew is a mysterious “plague,” a “disease” that forces its “victims” to dance and let their inhibitions go, and that’s exactly what this group will have you doing. Symptoms of jes’ grew include: mediocrity intolerance, chronic questioning of authority, and uncontrollable shaking of the hips and ass.