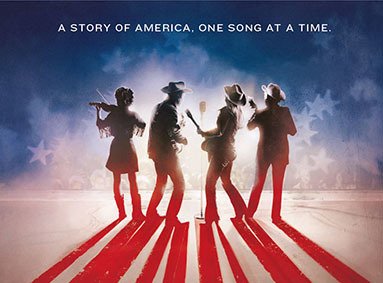 Join Ken Burns, who has produced and directed some of the most critically acclaimed and most watched documentaries in television history, for a special preview of his new project, Country Music on August 20 in Harris Concert Hall.

The evening includes clips from the series as well as commentary from panelists including bassist and composer Edgar Meyer, and AMFS President and CEO Alan Fletcher.

Country Music explores the history of a uniquely American art form. From its deep and tangled roots in ballads, blues, and hymns performed in small settings, to its worldwide popularity, learn how country music evolved over the course of the twentieth century. The eight-part, sixteen-hour series features never-before-seen footage and photographs, plus interviews with more than 80 country music artists. No one has told the story this way before. (Written by Dayton Duncan and produced by Julie Dunfey, Duncan, and Burns.) Country Music premieres on September 15 on PBS. See the trailer here.

Tickets are $200 and net proceeds benefit the AMFS and The Better Angels Society.

Note: AMFS passes are not valid for this co-presentation; all attendees must purchase single tickets.