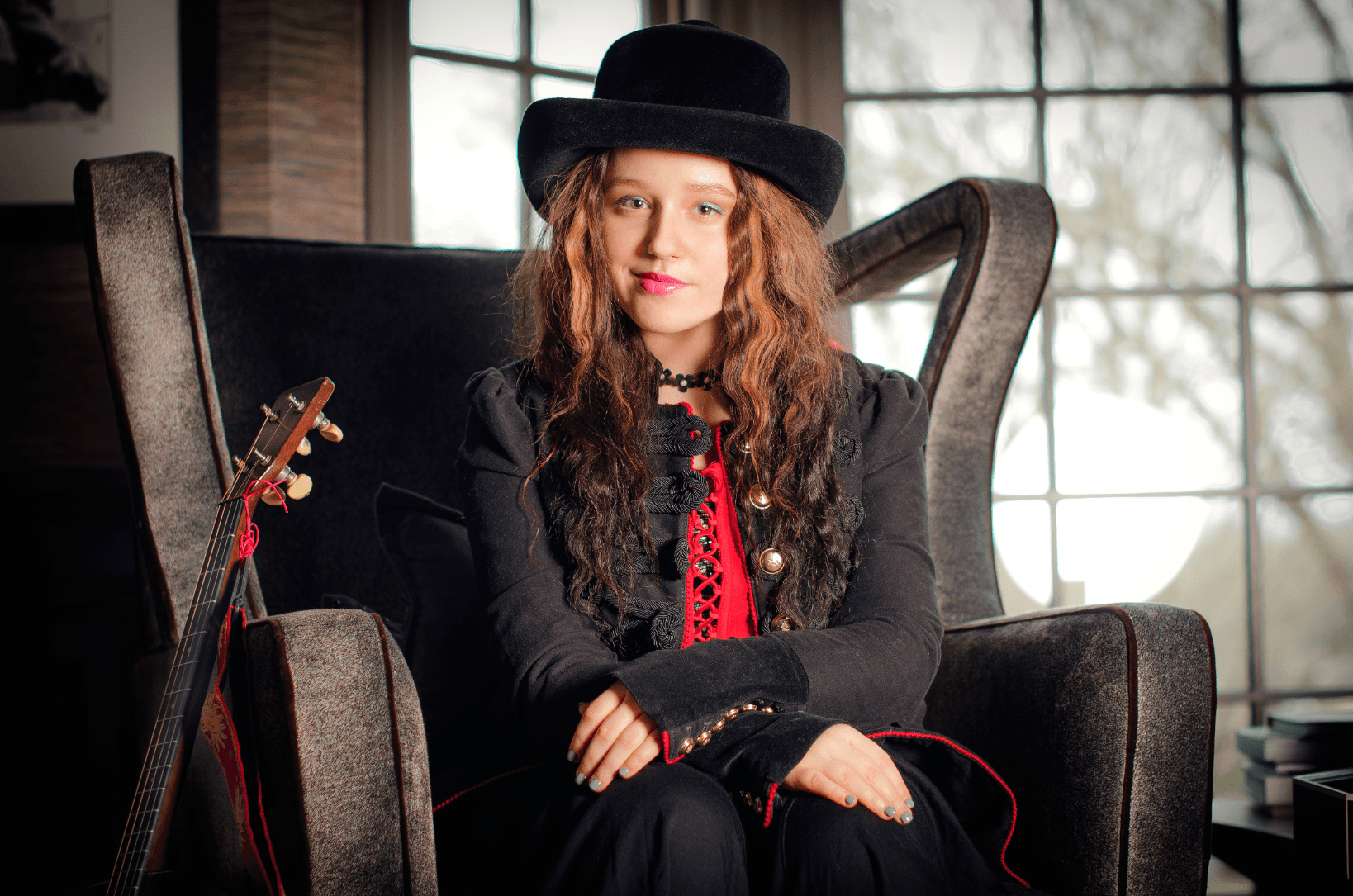 The exceptional talents of critically-acclaimed teen music prodigy, EMISUNSHINE has captured the nation’s attention. The singer, songwriter, and multi-instrumentalist has been hailed by outlets such as No Depression, Billboard and Rolling Stone: “Sounds like the spunky, intense little sister to artists Iris DeMent, Natalie Maines, Nanci Griffith and Janis Joplin.”
EmiSunshine has already graced some of the most-prestigious stages–from the “Today Show,” to the Grand Ole Opry (over a dozen times) and most recently, “Little Big Shots starring Steve Harvey” last April. Additionally, EmiSunshine stars in and performs three songs in her latest film appearance on “The King,” alongside such celebrities as Roseanne Cash, Emmylou Harris, Ethan Hawke, Alec Baldwin and more. The film featured at this year’s Sundance Film Festival and premiered at Cannes Film Festival, where Emi performed.
A well-crafted storyteller, Emi’s music has been described as an “old-timey,” unique blend of roots music that is equal parts Americana, Bluegrass, Gospel, and Country, with a sprinkle of Blues.
“A very talented young lady, …EmiSunshine is taking the nation by storm, and if you ever get the chance to see them, by all means…you must.”—No Depression