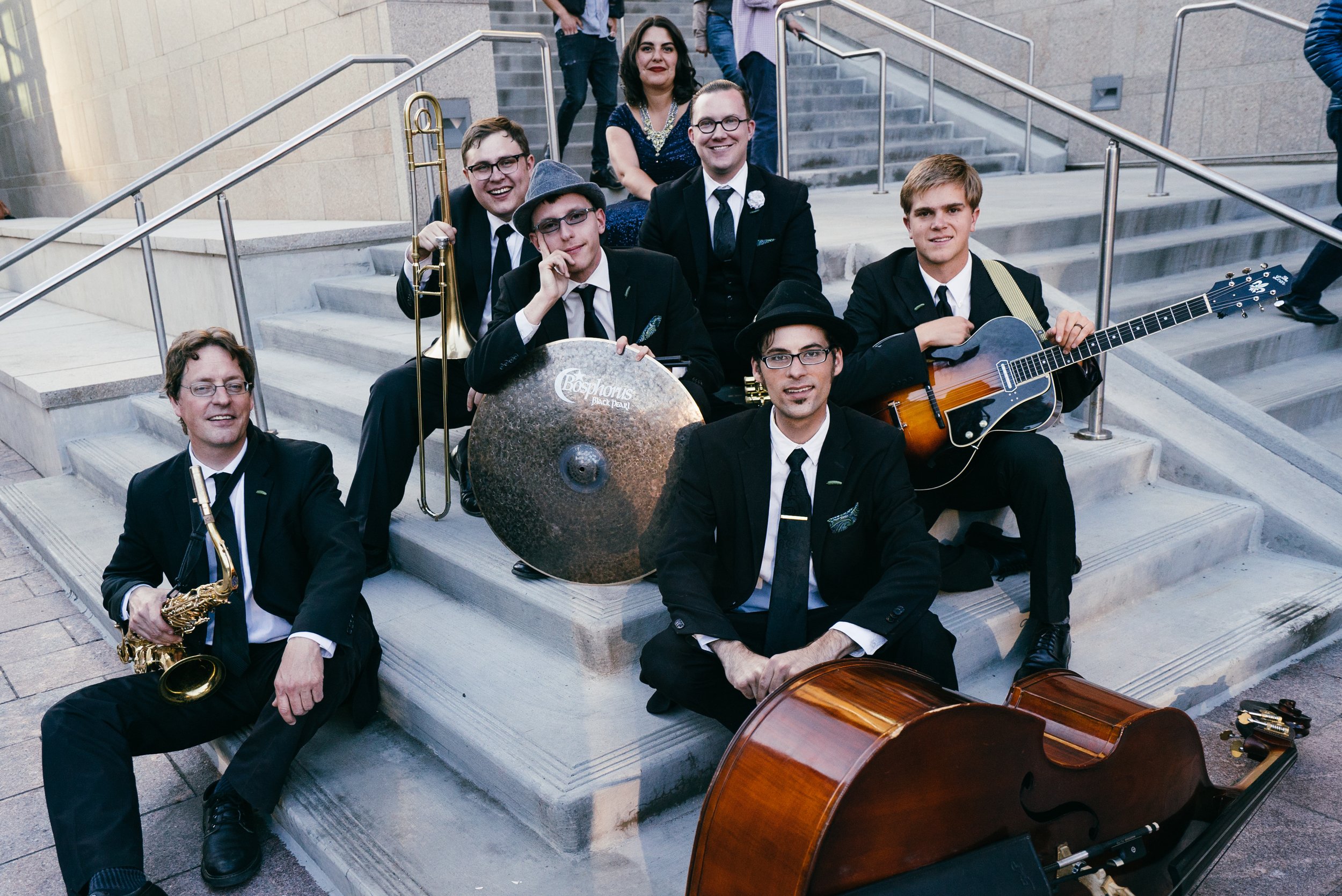 Joe Smith and the Spicy Pickles Jazz Band is a Denver-based vintage jazz band devoted to revitalizing swing music and dance. This small group style band packs a punch of power, personality, and wit into each show, intriguing generations new and old with the beloved charm of big band swing from the 1930’s-1940’s. This nationally touring group plays 100+ shows each year across the US. The Spicy Pickles have recorded three full-length albums, and 2 EP’s to date, with their most recent full-length album Gin & Moonlight released in 2017.

Joe Smith & The Spicy Pickles has played at jazz festivals and concert series across the United States, and has opened for Big Bad Voodoo Daddy and Davina and the Vagabonds. The band’s 2014 music video “Movin’ Groovy” won 1st place at the Seattle Jazz Dance Film Festival. Their original music has been used in commercials internationally, including Leo Vegas (Sweden) and Visit Seattle (USA), and they have recently had music placed in major motion picture The Killing of a Sacred Deer directed by Yorgos Lanthimos that won best screenplay at Cannes Film Festival 2017.