Living in the Future’s Past Film Screening 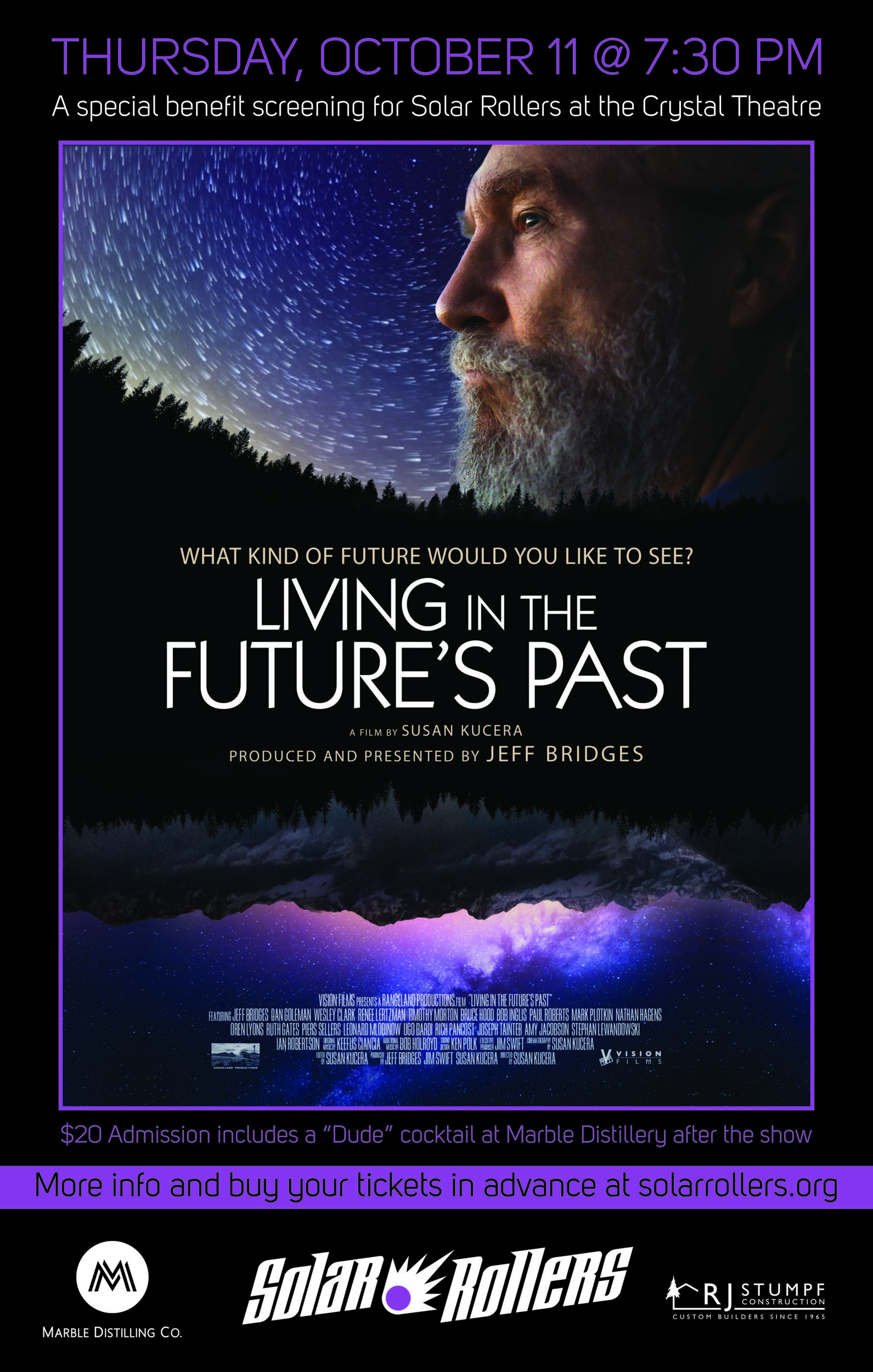 This critically-acclaimed documentary film, produced and narrated by Oscar winner Jeff Bridges, explores “who we are, where we come from, how we think and why we do the things we do.” Join us for an eye-opening evening with fellow visionaries in the energy and environmental arenas.
Tickets to the event include:

· A complimentary “Dude” cocktail at Marble Distilling Co. after the film

· Discussion and mingling with fellow film-goers and energy enthusiasts