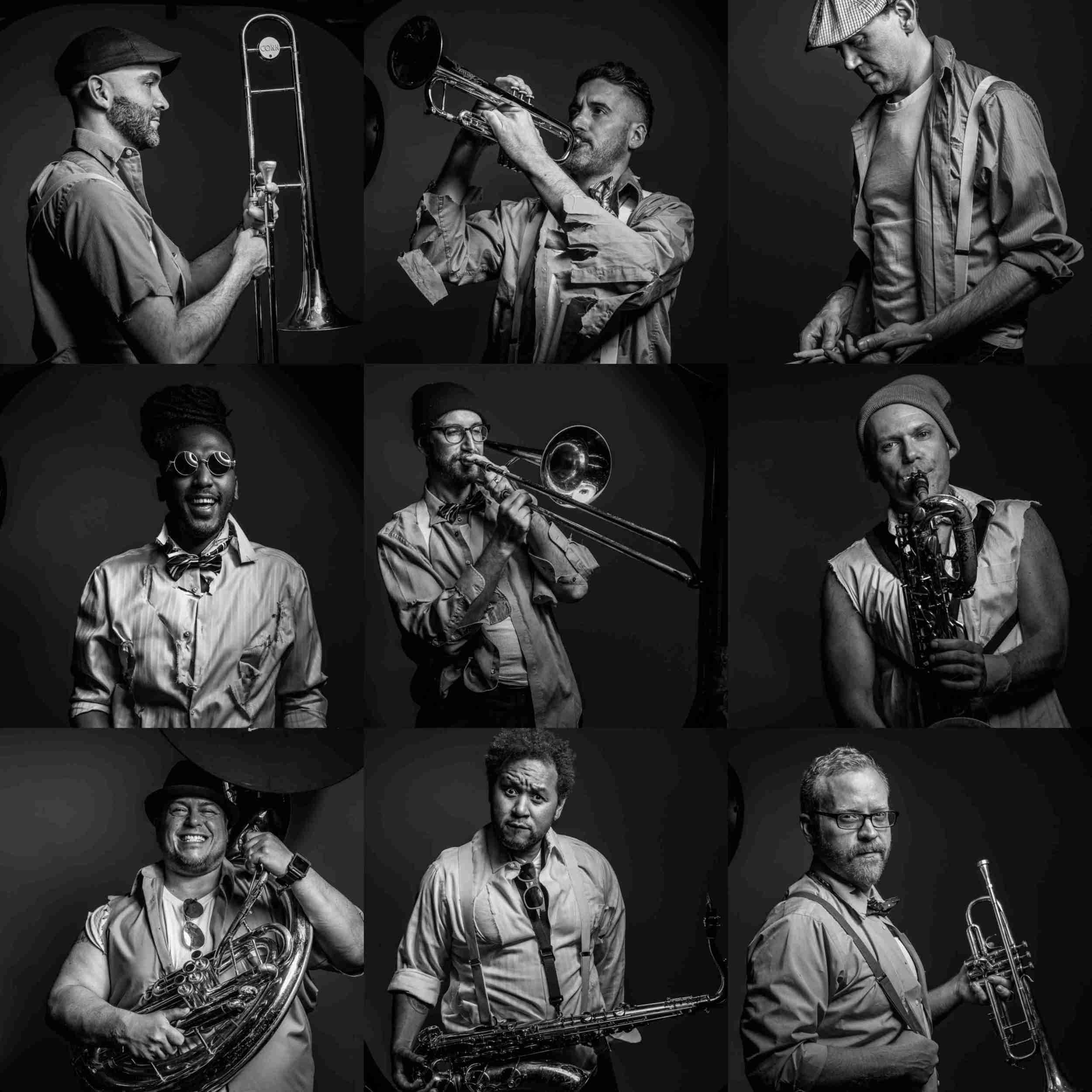 The Lowdown Brass Band (LDB) breaks the barrier between audience and performer with their live show, which features dynamic vocalists, hip-hop MCs, and body movement that gets any wallflower up and on their feet. The Lowdown Brass Band has performed at some of the premier venues and festivals in Chicago, throughout the United States, and across the globe, including: The Metro, Double Door, Lincoln Hall, Schuba’s, House of Blues, Cubby Bear, The Promontory, Hideout, Andyʼs Jazz Club, Cliff Bell’s, Taste of Chicago, Wakarusa, Meijer Gardens, and the Cotai Jazz and Blues Festival. The LDB has had the pleasure of sharing the stage with such artists as: Lake Street Dive, G Love and the Special Sauce, Dumpstaphunk, The Stooges Brass Band, Ricky B, Wycliffe Gordon, Bonerama, JC Brooks & the Uptown Sound, The O’ Myʼs, and The Drastics.